Aliign “is an event, lifestyle, and apparel company” allegedly with a first trademark use in 2011. Since 2014, they have sold a total of 7 units of apparel (5 of which were bought by the CEO’s friends). lululemon is the well-known yoga gear company. In 2008, it launched its successful “Align” yoga mat line. In 2015, it extended the “Align” mark to yoga apparel, which has generated $1B in sales. Aliign sued lululemon for trademark infringement. lululemon sought summary judgment. 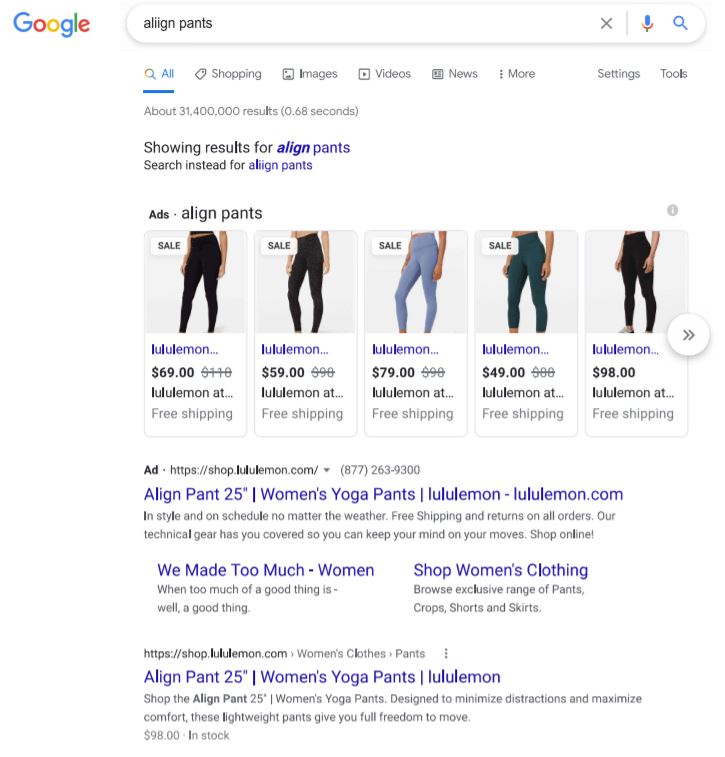 If the searchers do choose the option to search “aliign,” the Aliign website is the first organic result but a lululemon ad appears above it. 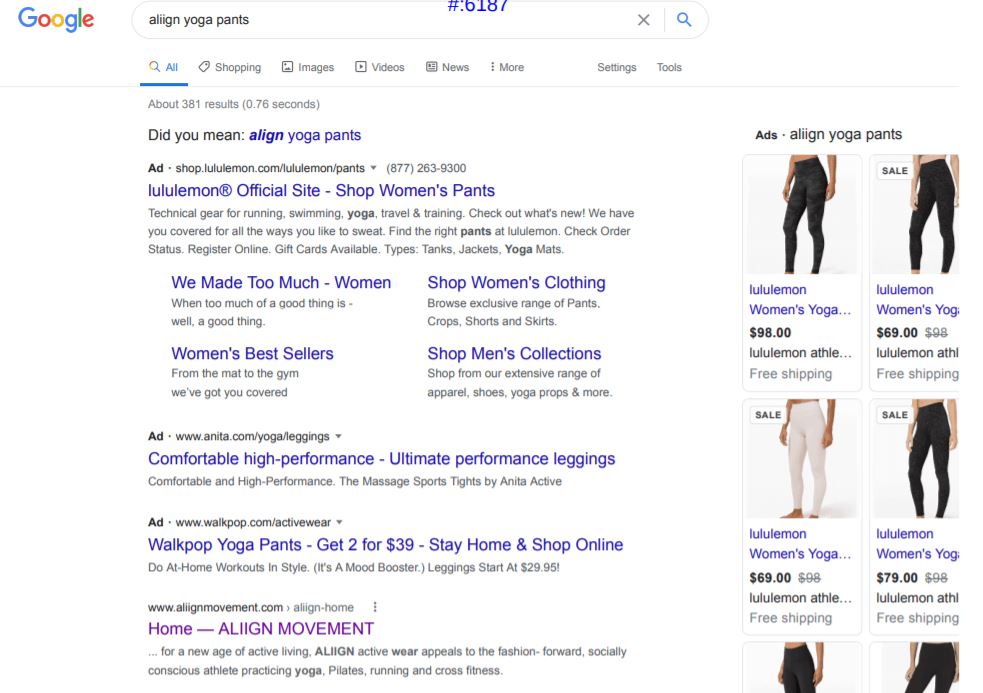 The court treats this as a straightforward application of the MTM v. Amazon ruling. It analyzes two factors:

Thus, “no reasonable juror could find that there is a likelihood that a reasonably prudent customer accustomed to online shopping will be confused by the Google search results.”

The court is essentially saying that Google’s prompt (“did you mean” X instead of Y?) helps consumers disambiguate Aliign and Align to realize they may be different. Thus, Google’s prompt dispels consumer confusion, not exacerbates it. For more on this, see my expert report in the Larsen v. Larson case.

Aliign spent a lot of money on this lawsuit, seemingly far disproportionate to the amount of money they expect to make from sales of their own goods (they made only 2 independent sales since 2014). If they really wanted to build their business, they could have invested that money into marketing instead of legal fees. The fact they chose to spend their money on their lawyers colors this lawsuit with a trollish hue.

Consistent with that, Aliign is spending more marketing dollars to appeal this lawsuit to the Ninth Circuit. As an outsider to this case, the First Rule of Holes comes to mind.

← Conservative’s Lawsuit Over Google Deindexing Fails–DJ Lincoln v. Google
A Summary of the Copyright Claims Board (CCB) [Excerpt from my Internet Law casebook] →
Subscribe to Blog via Email
Categories