Today’s case involves two companies in the security camera business. EarthCam initiated a wide-ranging trade secret, CFAA and copyright lawsuit against OxBlue. OxBlue scorch-earthed its response to EarthCam with a panoply of counterclaims. As an outside observer, it’s always fun to see competitors locked in a death match in court. As one of the litigants, not so much.

OxBlue has not addressed any of these factors, let alone presented any evidence of a likelihood of confusion based on these factors. There is no evidence of the labeling and appearance of Work Zone Cam’s advertisements and the surrounding context of the screen displaying the search results. Nor is there any evidence in the record on how often customers were lured to the Work Zone Cam’s website when they searched for OxBlue on the Internet. See 1–800 Contacts, 722 F.3d at 1244 (holding that there was no likelihood of “initial interest confusion” because an expert report showed that customers clicked on the defendant’s advertisement only 1.5% of the time that an advertisement was generated by an infringing keyword search term). No evidence has been presented that would allow the Court to properly evaluate OxBlue’s trademark infringement claim. OxBlue’s trademark infringement claim based on “initial interest confusion” is required to be dismissed because OxBlue failed to address or present evidence on any of the factors relevant to whether there is a likelihood of confusion.

The associated false designation of origin claim fails along with it. 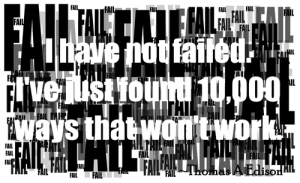 Here’s some of the several possible contributing factors to this ruling:

* the court granted both defendants’ summary judgment motions, so it’s possible the judge got tired of the competitive sniping in court and the trademark claim got caught in the downdraft.
* the judge was obviously unimpressed with OxBlue’s advocacy of the trademark claim. Would more spirited advocacy have done better?
* the court doesn’t dwell on it, but the court does note OxBlue’s lack of clean hands, an all-too-common situation in keyword ad cases. In 2003, OxBlue had purchased “EarthCam” as part of its keyword advertising campaign.
* trademark owners routinely struggle to find any credible evidence of consumer confusion from keyword advertising. Here, the court generously gave OxBlue the benefit of assuming the initial interest confusion doctrine was viable. OxBlue still couldn’t clear that seemingly low bar. Then again, as I’ve indicated before, the initial interest confusion doctrine is effectively dead. It’s been years since the doctrine actually helped a plaintiff win a case; and to the extent other courts follow the 1-800 Contacts v. Lens.com ruling, we may never see another successful initial interest confusion-keyword advertising case again.

I’m going to give OxBlue the benefit of the doubt and assume it would not have initiated this trademark claim, but instead pursued the trademark counterclaim only as part of a “f’em” response to EarthCam’s initiation of combat. Even so, it was a waste of money.

Some of my Tertium Quid blog posts on keyword advertising legal issues: