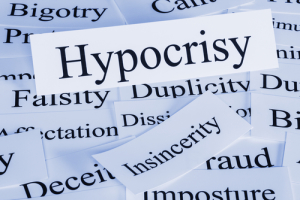 OK, let me offer a proposition that seems so obvious to me that I feel silly saying it. If you buy your competitor’s trademarks as keywords, it’s not advisable to sue your competitors for buying your keywords. Yes? Are you with me? Yet, for reasons I can’t fathom, I’ve seen violations of this common-sense principle multiple times over the years.

Although it was filed second, the LBF-initiated lawsuit reached a substantive opinion more quickly than the earlier-filed Fareportal-initiated lawsuit. In the LBF-initiated countersuit, a magistrate judge partially granted Fareportal’s dismissal and partially denied it. The ruling is fairly run-of-the-mill for a motion to dismiss, where the judge must accept the pleadings as true. For example, the court reiterates that purchasing keyword ads constitutes a trademark use in commerce (a result virtually necessitated by the binding 2009 Rescuecom ruling):

We do not see a meaningful difference, however, between a search engine’s act of selling to an advertiser a service derived from the use of a trademark (which Rescuecom unequivocally found to be “use” under trademark law) and the advertiser’s action in purchasing that benefit. Both have “used” the trademark in the same way by engaging in a commercial transaction—the search engine as the seller and the advertiser as the purchaser—to produce a display of search result advertisements that derives from the use of a trademark.

More generally, who wins when bidding battles over search engine positioning spill over into court? As I’ve shown repeatedly, the financial “damages” from competitive keyword advertising are often trivial. As a result, it seems almost inevitable that the only winners from these companion lawsuits will be the lawyers who act as arms dealers to the combatants. Normally, I believe that litigants suing over competitive keyword advertising would find it more profitable to invest their legal costs in more marketing rather than shoving the dough to the lawyers. I suspect that would have been true in these cases as well.

I’m also left wondering how consumers were disadvantaged by the parties’ competitive keyword advertising practices. Indeed, the court dismissed the state deceptive practices claim because LBF didn’t show sufficient consumer harm. I’d be surprised if either party succeeds in showing legally cognizable consumer confusion in their cases. After all, the evidence is growing that such confusion simply doesn’t exist.