The litigants compete in the whale watching industry in LA/Orange Counties. The plaintiffs operate out of Long Beach/San Pedro, the defendants out of Newport Beach. If you’re not familiar with the geography, Long Beach and Newport Beach are about 20 miles apart, but in LA traffic that could take days to drive. 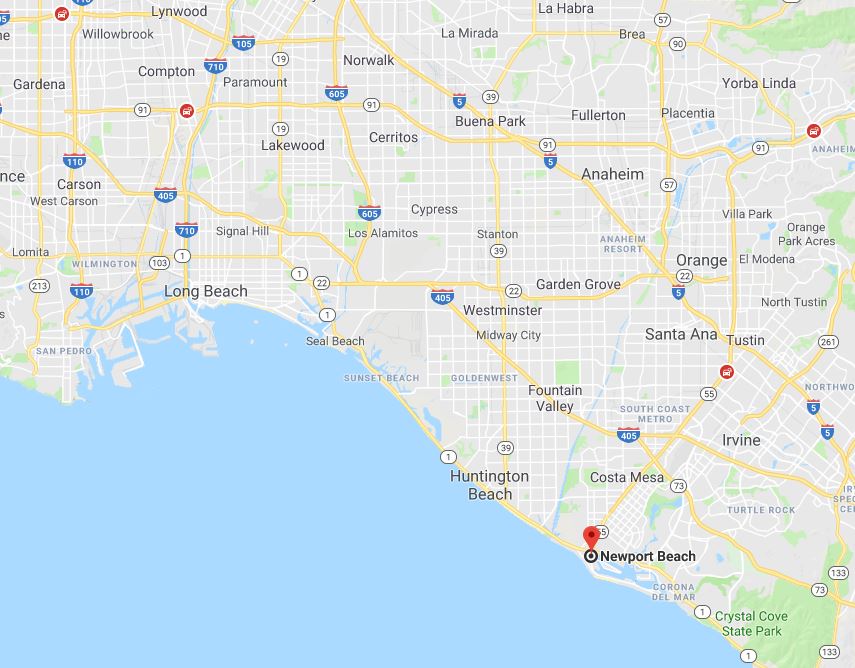 The plaintiffs complained about two aspects of the defendants’ search ads. First, the ad copy claimed the whale watching tour cost only $10 (which indeed would be quite a bargain!), but that didn’t include a mandatory $2.50 “fuel surcharge” and 2% “wharfage fee.” (Boo for undisclosed mandatory fees). Second, “if a consumer searched on the internet for ‘Long Beach whale watching,’ the consumer would be directed to a page on Defendants’ website, which made repeated use of the phrase ‘Long Beach residents and visitors,’ suggesting that Defendants’ cruises depart from Long Beach, not Newport Beach.” This description is a little cryptic, but I assume the defendants bought “long beach” for keyword ad triggers.

The case proceeded to a jury trial. The jury found Lanham Act false advertising violations…but awarded the plaintiffs zero dollars in actual damages or disgorgement. On post-trial motions, the plaintiffs don’t do much better.

Disgorgement. The court says that willfulness is required for the Lanham Act disgorgement remedy, and the defendants lacked willfulness because of testimony that “Defendants had made changes to their websites and advertisements following state court litigation in 2012 over false advertising and afterwards, Defendants thought they were in compliance. One of those changes was to add language on every page that Defendants’ boats departed from ‘beautiful Newport Beach.'” Furthermore, the jury may have decided that there were no profits attributable to the false advertising because the defendants’ prices were actually cheaper than plaintiffs’. “Consumers might care more about getting a good deal than where the cruise departs or whether a few dollars get added to the ticket cost.” [This is an odd statement, as anyone who has ever lived in the area knows. If a customer wanted to go to Long Beach but instead has to redirect to Newport Beach, that almost certainly necessitates a drive on the 405, one of the most congested freeways in the world.] As for any location misdirection, the court says “Defendants intended to optimize their search engine results, not confuse consumers.”

Note: The willfulness predicate for disgorgement is at issue in the Romag case pending before SCOTUS.

Injunction. The court finds an injunction is appropriate, but it rejects most of the plaintiffs’ requested relief.

All told, the court indicates it will issue an injunction that meets these parameters (see the injunction’s full text):

If Defendants repeat the name of a city other than Newport Beach in an advertisement or on a webpage, they will be required to clearly disclose that their cruises depart from Newport Beach on that advertisement or webpage. In addition, Defendants must advertise a price for a ticket that is the entire final cost of the ticket, excluding any legally collected sales tax or any optional, add-on services or goods.

Attorneys’ Fees. The plaintiffs asked for $1.5M in attorneys’ fees. The court says this case isn’t exceptional and declines to award any:

Plaintiffs failed to prove that Defendants’ false advertising was willful. Plaintiffs’ lack of proof of damages also proved to be a fundamental problem. In the end, Plaintiffs’ attorneys expended over 3,300 hours on this case without recovering any damages for their client. Although the injunction confers some public benefit, stopping misleading advertising about whale watching does not ameliorate a serious public harm….The fact that Plaintiffs have spent eight years litigating related issues, both in state and federal court, does not make this an exceptional case. If anything, it undermines Plaintiffs’ claim of exceptionality, as the litigation has achieved mixed results

It’s a little unfair to say that false advertising about whale watching isn’t a “serious” public harm. All false advertising is pernicious, even if it involves recreational activities. Plus, if the result is that consumers are unwillingly required to drive on the 405, that is indeed a pretty serious harm to them. Life is too short to drive the 405.

Pyrrhic Victory. The plaintiffs claim they spent 3,300 hours of lawyer time and $1.5M in legal fees, and for what? No damages, no attorneys’ fee shift, and a basic injunction. Was it worth it? Given that the defendants claimed they had already modified their ad campaigns regarding the geography advertising, it’s not clear how much value the injunction really conferred on the plaintiffs.

Thus, I’m going to categorize this case as yet another example that suing over keyword ads is a bad business decision. I’ve generally made that observation in the context of trademark cases, but it apparently extends to false advertising cases too.

As an aside, just how lucrative is the whale watching industry that it can support a $1.5M lawsuit between competitors? At $20/head (assuming multiple hidden mandatory fees), it will take 75,000 redirected tourists to generate enough revenue (not profit) to cover just the out-of-pocket costs of this lawsuit.

SEO/SEM Is Good. The court repeatedly endorses SEO/SEM practices as legitimate ways to source customers. It’s a far cry from the 1990s, when SEO/SEM were considered unethical attempts to deceive search engines.

Hidden Mandatory Fees SUCK. I liked the court’s injunction against hidden mandatory fees. That should be the law across the entire economy. In particular, wouldn’t it be fantastic if we could get hotels under a similar injunction? There are pending lawsuits against Marriott and Hilton, and I’m cheering for them!