This is my annual review of the Internet Law highlights of the prior year. I’ve posted a 2021 year-in-review post for emoji law, and I also posted a separate Section 230 year-in-review.

NFTs. Much of the NFT activity right now is irrational exuberance, but there is something potentially interesting below the hype. It creates a third asset for creators to sell, in addition to any physical item and the work’s copyright. The extra cash flows from NFTs could spur new creative activity–a win for all of us.

Governments Can’t Moderate Online Content. In 2021, governments lost several rulings over their online content moderation efforts. See, e.g., Kimsey v. Sammamish, Tanner v. Ziegenhorn, and Cohoon v. Konrath; see also Garnier v. O’Connor-Ratcliff. This isn’t surprising. The Constitution protects many types of offensive speech; plus local government officials sometimes make petty or ill-informed decisions. Nevertheless, the implications are noteworthy. First, governments can never successfully operate a social media service. The Constitution prevents proper content moderation, so trolls and spammers would always dominate. Second, it shows the insanity of legislative and judicial attempts to characterize Internet services as government actors or force them to follow the same content moderation rules. Under those conditions, if the services try to keep any semblance of control, the lawsuits would overwhelm them. More likely, services would give up on UGC and switch to professionally produced content instead.

The January 6 Insurrection. On January 6, 2021, thousands of insurrectionists stormed the U.S. Capitol building and sought to violently overturn the results of the presidential election. Some of the associated legal issues relevant to the blog:

Social Media Dumps Trump. After the January 6 insurrection, Twitter suspended Trump’s account. It was incredible that a private business would refuse service to a sitting president, and it seemed weird that Twitter imposed more consequences on Trump for his misbehavior than any government institution had. Twitter’s decision was brave because it knew there would be blowback. Indeed, many Trump followers left Twitter and went to one of several sketchy “conservative”-focused social media services, federal and state legislators dropped numerous bills to strip Twitter of its discretion to remove Trump, Texas AG Paxton launched a retaliatory investigation into Twitter, Trump sued Twitter, and other users sued Twitter. The action spilled over to other social media as well; Trump sued Facebook and YouTube, and the Oversight Board criticized Facebook for its indefinite suspension of Trump. Given the Republican party’s seemingly only substantive policy goal is to “kill Big Tech,” we will be dealing with the regulatory implications of Trump’s deplatforming for years.

Apple’s Client-Side Scanning Plans. Apple positions itself as more privacy-supportive than the other tech giants, but then it committed an unforgiveable privacy faux pas by unveiling plans to proactively scan client-side files for illegal CSAM. Apple claimed it designed the system to reduce the privacy invasion, but Apple could not guarantee that (1) governments wouldn’t compel Apple to do client-side scanning for the government’s benefit, or (2) the compelled scanning would only target CSAM. Thus, Apple’s plan would have created the technical architecture that every censorship-minded government official dreams about: the absolute ability to stop unwanted conversations at the source. Apple ultimately shelved the proposal, but the harm persists. Now that governments know Apple would do this, how long until they force Apple and other device providers to do it anyways?

Facebook Is Breaking the Internet. Facebook keeps producing gaffes that trigger regulators, and I’ve never seen a company with so many ex-employees dedicated to ruining their former employer (e.g., Frances Haugen and the Integrity Institute). Ever tone-deaf, Facebook is urging regulators to fix it. In particular, Facebook actively champions Section 230 reform through ads on third-party sites and an anti-230 microsite 🤮–but the hypocrisy burns each time Facebook relies on Section 230 in court. Facebook is playing a high-stakes game of 4D regulatory chess. It’s hoping regulators will adopt laws that Facebook can handle but that will wipe out its rivals–a potentially spectacular outcome for Facebook. More likely, Facebook’s advocacy will set off an uncontrollable regulatory conflagration that will burn down Facebook–and the rest of the Internet with it. 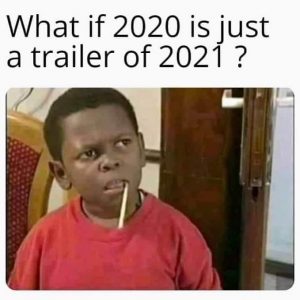 The COVID Pandemic. For the second year in a row, the Internet played an outsized role in helping our society function in the face of physical-space shutdowns designed to help us stay safer. The effects have been profound: some businesses are permanently allowing remote work, which has spurred migration from expensive urban areas to cheaper locations and affected both the commercial and residential real estate markets; education institutions have fully installed the infrastructure to teach online, which some students will choose going forward; in-person events like professional conferences have given way to online events, which has affected the travel sector; and we’ve become even more dependent/addicted to online shopping instead of physical-space shopping. As I mentioned last year, many of these dramatic societal shifts are due to the legal infrastructure supporting online services, especially Section 230.

Section 230 has also played an important role in the discussions about how to address the anti-maskers and anti-vaxxers, who have benefited from free speech online (including both Section 230 and the First Amendment) to undermine the work our society needs to do to overcome the pandemic. Internet services have gotten more aggressive about cleaning up the anti-maskers/anti-vaxxers, but have they done it quickly enough? Our society hangs in the balance.

The “Prager Effect.” We have many massive social problems to address: the pandemic, the resilience of our democracy, climate change, racial inequality, wealth inequality, and so much more. Yet, far too many elected officials spend their time and our tax dollars on unhelpful gimmicks like “messaging bills” to rouse their base.

“Big Tech” has been a prime target of messaging bills–including two in Florida and Texas that actually passed. Both laws euphemistically targeted “social media censorship.” Instead, the laws censored social media services using a panoply of bad policy ideas, including both outright speech restrictions and “digital due process” requirements that are just censorship in disguise. (Two examples of the many mockable details: Florida’s law gave an exception to theme park owners; Texas’ law bans email services from blocking spam). Both laws were quickly enjoined in court. See NetChoice v. Paxton and NetChoice v. Moody. Both rulings are on appeal.

For now, the district court rulings represent major free speech victories because they vindicated the Constitutionally protected rights of social media services to exercise editorial discretion. In other words, not only did the laws fail to achieve their censorship goals, but they strengthened the free speech jurisprudence and made it harder for future legislatures to pursue censorial ideas. Adam Kovacevich has dubbed this dynamic “The Prager Effect,” in honor of Prager U’s effort to censorially weaponize the PruneYard case that instead validated YouTube’s editorial rights. I would rather skip the drama, but if #MAGA-fied lawmaking will eventually produce great free speech rulings, I guess I should say “thank you.”

Other legal developments of note:

A roundup of my 2021 publications:

Section 230’s Application to States’ Regulation of Social Media, November 2021 (based on testimony to the California Senate Judiciary Committee)

Comments on the Copyright Claims Board (CCB) rulemaking, November 2021

Dear President Biden: You Should Save, Not Revoke, Section 230, Bulletin of the Atomic Scientists, Jan. 12, 2021