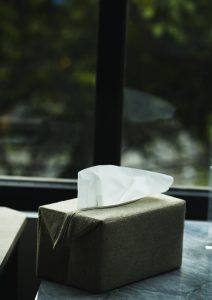 It’s increasingly hard to find good news in Internet law, so I organized this year’s Internet Law roundup by categories of doom. Trigger warning: you should grab some tissues before proceeding.

Doomed (in a Bad Way)

Doomed: User-Generated Content. It has become political orthodoxy to oppose Section 230. Multiple presidential candidates expressly targeted Section 230 in their campaign platforms. Speaker Pelosi called Section 230 a “gift” (it’s true—Section 230 has been a gift to all Americans). Countless members of Congress have criticized Section 230. Several awful Section 230 reform bills were introduced this year, including pro-censorship proposals from Sen. Hawley and Rep. Gosar and special-interest patronage to landlords and hotels. Though those proposals aren’t likely to succeed, Section 230’s fate is almost certainly sealed. As a result, I put user-generated content (and any competitive dynamism among Internet services) on the endangered watch list.

In response to the unrelenting interest in reforming Section 230, a broad coalition of experts adopted a statement of principles for evaluating UGC liability proposals. I encourage you to use the principles as a diagnostic for future Section 230 amendments.

The UGC situation is even worse internationally. Consider the UK Online Harms White Paper. The UK is no stranger to censorial laws, but the white paper would ratchet up censorship to 11. Among other structural defects, it would require Internet services to take action against lawful-but-awful content. In other words, Internet services could be liable for not controlling perfectly legal content. What???

The regulatory response to the Christchurch shooting livestream previews our future. The video was probably lawful, and it certainly had important news value. Yet, governments across the globe took the position that the video was categorically illegal and thus should be banned from social media. Indeed, YouTube and Facebook went to extreme lengths to block new uploads of the video, but they were thwarted by the rapid proliferation of variants that overwhelmed their normal blocking technology. It got so bad that YouTube temporarily stopped uploads of ALL videos. In other words, YouTube suspended its core publication function because of a single probably-legal video. A harbinger of things to come.

As I explain in my comments to U.K.’s white paper, this regulatory direction will surely eliminate most UGC in the UK and morph the Internet towards 1990s-style walled gardens of professionally produced content. Essentially, the future Internet will likely look a lot like Netflix.

Doomed: Print-on-Demand Services. Due to their offline activities, print-on-demand developers cannot get the full benefit of either Section 230 or Section 512. Without those protections, the services essentially face strict liability for user-submitted content–an untenable legal position, as highlighted by cases such as Greg Young v. Zazzle and HD v. Sunfrog. OSU v. Redbubble offered a glimmer of hope, but it’s illusory. Redbubble defeated direct trademark liability only by outsourcing its key functions; and a secondary trademark claim against Redbubble, or a direct trademark claim against Redbubble’s outsource vendors, should lead to the inevitable denouement. I continue to believe that legislative protection is the only hope for the long-term survival of the industry niche.

Doomed: Online Marketplaces. In HomeAway v. Santa Monica, the Ninth Circuit held that Section 230 did not apply to booking travel services. All online marketplace transactions could become a Section 230-free zone, essentially opening up unlimited regulation from an unlimited range of regulators. Meanwhile, Amazon was the seller of marketplace goods in Oberdorf v. Amazon, which mooted Section 230 protection for those transactions and exposed Amazon to potentially limitless liability. (The case is being heard en banc). Online marketplaces historically have had some success using Section 230 to protect them from liability for marketplace goods; see eBay’s successes from nearly 20 years ago. The HomeAway and Oberdorf cases suggest that those days could be ending, which would likely spell doom for the entire genre of online marketplaces.

Doomed: Internet Access Providers. Section 512(a) does not always protect IAPs from liability for user-caused copyright infringement, so IAPs are having a rough go in court…such as the $1B jury verdict against Cox in the Sony case.

Doomed: Cybersecurity. The Ninth Circuit’s ruling in Enigma v. Malwarebytes essentially held that competitors could plead around Section 230(c)(2)(B) by alleging anti-competitive animus in filtering decisions. That doesn’t ensure that competitors will win a misclassification case against the filter vendors. However, without Section 230(c)(2)(B)’s fast lane, filter vendors are more likely to err on the side of inclusion, especially when it comes to anyone who could plausibly claim to be a competitor, even for shady-as-AF putative competitors. That will make the Internet less secure.

Meanwhile, we’ve seen an uptick in sex trafficking claims against Internet services (only occasionally using FOSTA) in ways that I can’t believe Congress intended. The claims rely on strained tertiary liability theories, i.e., suing a defendant for providing services to Backpage (or an analogous site) that provided publication services to advertisers who are the real bad actors. If these lawsuits make any progress in court, there is a virtually unlimited universe of potential tertiary liability defendants.

Doomed: the CCPA. The California legislature did very little to “improve” the CCPA, and the introduction of a second ballot initiative threatens to move the goalposts again and cause more chaos. Our only hope is a federal preemptive law, ASAP.

Doomed (in a not-terrible sense)

Doomed: “Must-Carry” Obligations for Publishers Who Aren’t State Actors. The Supreme Court’s Halleck case was a powerful ruling against publisher “must-carry” obligations. Many lower court decisions reached the same conclusion on a wide range of theories (an exemplar is FAN v. Facebook).

Doomed: the Liebowitz Copyright Litigation Machine. Richard Liebowitz of New York has filed about 2,000 lawsuits against online publishers. Many of these cases have gone incredibly poorly, and one probable scenario is that he—like other litigation mills—will leave a legacy of defense-favorable rulings and bar discipline.

First, you may recall the slowed-down video of Speaker Pelosi implying that she was drunk. YouTube deleted it, Twitter left it up, and Facebook downgraded it.

Second, we saw a similar divergence with respect to political ads. Twitter banned them outright. Facebook adopted a non-interventionist policy, essentially green-lighting the worst kinds of political advertising. Google took a middle ground, vowing to fact-check political ads and prevent them from being microtargeted.

These divergences reinforce that there is no one right content policy. Regulators should celebrate this diversity as evidence of competition and as a natural experiment to see what works and what doesn’t. Instead, regulators will conclude that all of the major services are doing it wrong, because two other services chose different answers.

In a partially related development, the Fourth Circuit struck down Maryland’s efforts to mandate disclosures about online political advertising. This ruling casts doubt over other laws mandating online transparency reports. This is a sleeper candidate for the highest-impact ruling of 2019.

hiQ v. LinkedIn. I personally thought the Ninth Circuit’s ruling in the case was fairly narrow, but it’s been celebrated as a major constriction of trespass to chattels doctrines.

Lists from prior years

In addition to about 150 blog posts here, my works from this year: