The initial interest confusion doctrine has always been a misguided doctrine that is too easy for plaintiffs to weaponize. Fortunately, the doctrine has been dying for over a decade. Few opinions mention it nowadays, and even fewer cite it in support of a plaintiff. Bucking that trend, the Eighth Circuit unfortunately embraced the doctrine for the first time….in 2021. The opinion will raise your blood pressure. 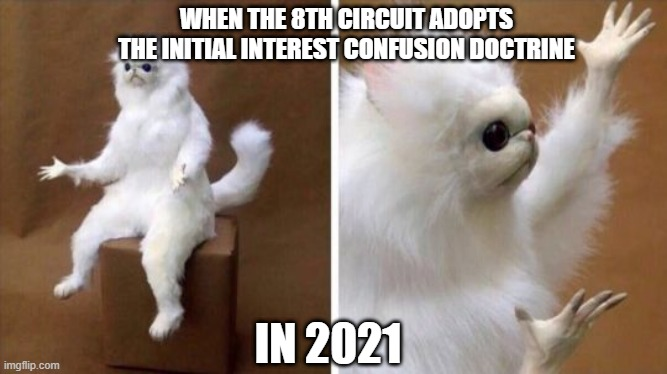 This case involves litigation among mattress vendors, a sordid niche of business litigation. It seems like every mattress litigant has unclean hands, and the opinions are often long and essentially unbloggable. The questions presented to the appeals court give you a taste: after a jury trial, “Plaintiffs raise nine issues. Defendants contest all nine issues, raise one additional issue in a cross-appeal, and raise a second issue in a ‘conditional cross-appeal.’” I never want to buy a mattress again, because I know too much of my money will be used to fund litigation like this.

The “District Court held as a matter of law that a claim alleging initial-interest confusion could not proceed and Plaintiffs would have to show a likelihood of confusion at the time of purchase.” The appeals court reverses this conclusion.

Citing McCarthy, the court adopts the Ninth Circuit’s old-school Brookfield definition of initial interest confusion as “confusion that creates initial customer interest, even though no actual sale is finally completed as a result of the confusion.’” This is the worst possible definition of initial interest confusion, because–by definition–marketers always seek to capture “initial consumer interest.” I explained this point over 90 pages in 2005. Because it’s an unworkable definition, the Ninth Circuit has walked back or abrogated the Brookfield standard many times–most definitively in its 2011 Network Automation case, after which the initial interest confusion dried up in the Ninth Circuit. Bypassing everything we’ve learned in the last twenty years (the opinion cites only cases that are 20+ years old), the court tries to justify the doctrine:

The theory protects against the threat of a competitor “receiving a ‘free ride on the goodwill’ of [an] established mark.” This free ride may result in the consumer falsely inferring an affiliation between the junior and senior users, provide the junior user with an opportunity it otherwise would not have achieved, or deprive the senior user of an actual opportunity. At least one circuit has “equated initial interest confusion to a ‘bait and switch scheme'”

Does anyone actually believe this shit in 2021? Over the past 20+ years, these judicial assumptions have not been backed by any credible empirical support. This exposes the Achilles heel of common law jurisprudence–it’s apparently perfectly acceptable to cite decades-old cases that were based on judicial intuition for empirically testable propositions that aren’t actually empirically supportable. This is also why the initial interest confusion doctrine refuses to die; judges can reach back into old case law, and ignore decades of savvier thinking, to revitalize it.

The court flatly states: “a plaintiff should not be barred from proving presale, initial-interest confusion.” I think trademark experts would generally agree that plaintiffs should be allowed to claim pre-sale confusion. (Whether they have enough facts to survive a motion to dismiss or summary judgment depends on them). It’s the court’s invocation of initial interest confusion that is unnecessary, unhelpful, and analytically unsupportable.

Trying to walk back from its unqualified embrace of the initial interest confusion doctrine, the opinion says the doctrine doesn’t apply when the relevant consumers are “careful professional purchasers.” However, the court also says “our general adoption of the theory of initial-interest confusion forecloses summary judgment where a question of fact exists as to the level of consumer sophistication.” If there are questions of fact that remain on summary judgment, that makes sense. However, according to the court, fact questions about consumer sophistication–enough to block summary judgment–always exist in every Internet case because there’s a split of judicial authority about “the level of sophistication web-based shoppers bring to the table and how this potentially separate question should influence the general assessment of sophistication.” Oh really? The latest case cited by the judge for this split of authority is the Network Automation case from a decade ago. I guess online shopper sophistication hasn’t changed in the past decade? 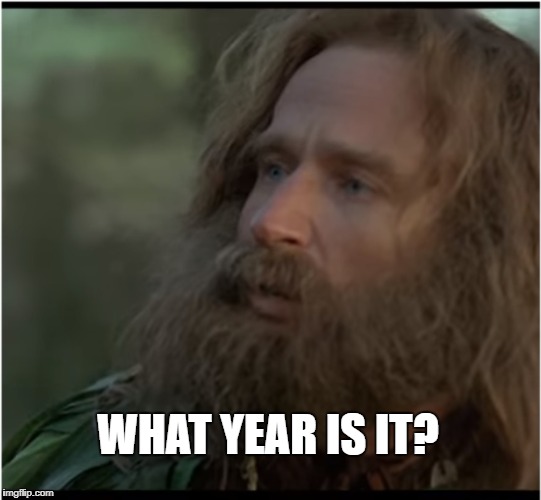 This lawsuit started in 2012–the district court docket has over 700 entries–and most likely the parties will spend more years and money on another costly trial. 🤑🤑🤑 Just how many kids have gotten a private school education from the litigation costs of this case??? Consider that when you buy your next mattress.

This opinion is a good candidate for a rehearing en banc. The opinion creates avoidable doctrinal trouble, and other judges on the Eighth Circuit should demand a tighter opinion with fresher citations (if not a completely different result).