Catching Up on the Parler v. AWS Dispute 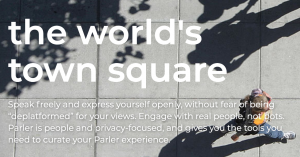 I blogged Parler’s unsuccessful request to get injunctive relief preventing AWS’s termination of Parler as a customer. Since then, Parler dismissed the federal court lawsuit, filed a state court lawsuit, AWS removed the second lawsuit to federal court, and the parties are now fighting over the proper forum. Specifically, Parler filed a motion to remand the lawsuit to state court or to dismiss in favor of allowing Parler to re-file in state court. I thought it would be useful to unpack the latest goings on.

When Parler sued initially, it asserted a federal antitrust claim. Although it sought injunctive relief, it had not formally served AWS with the lawsuit papers. Although Parler lost the initial round in federal court, Parler was free to dismiss the case because AWS had not answered the complaint.

The state court lawsuit did not include any federal claims. Thus, the only basis to be in federal court was if AWS properly removed the dispute based on diversity jurisdiction. The bar to removal was the so-called “forum defendant rule,” which says that a lawsuit that may be otherwise removable due to diversity jurisdiction cannot be removed if “any of the parties in interest properly joined and served as defendants is a citizen of the State in which such action is brought.” To get around this rule, AWS tried a “snap removal” before service is accomplished. By doing so, AWS could argue that no Washington defendant had been “served,” so removal did not violate the forum defendant rule.

Parler’s Motion to Remand accuses AWS of gamesmanship and says that courts frown upon “snap removals.” This motion is noted for hearing on March 26, 2021. It’s being heard by Judge Rothstein, who also heard Parler’s request for a preliminary injunction.

Why did Parler try to move the lawsuit to state court? One hypothesis: State court judges are generally considered more plaintiff-friendly. Unlike federal judges who try to trim their dockets, state court judges will sometimes allow lawsuits to cycle through discovery and even past dispositive motions.

What’s the difference between Parler’s new complaint and the old one? The second complaint is more detailed. It has good soundbites. While Parler does not include a federal cause of action for antitrust, the new complaint does not ignore the antitrust element. Its claim under the Washington Consumer Protection Act focuses on AWS’s allegedly anticompetitive activities. Without the antitrust angle, Parler must argue that it was wrongly kicked off AWS’s platform. This argument is always a long shot. It may still be a long shot, but the antitrust overtones undoubtedly help Parler (which is fighting an uphill battle based on its own approach to content moderation and styling itself as a network that welcomes those whose content may not be welcome elsewhere).

What to make of Parler’s request to remand? That’s a tough question. There’s plenty of gamesmanship to go around. Courts are mixed in their treatment of snap removal as a tactic. Here’s a link to a July 2020 ruling from the Western District of Washington (Robart, J.) addressing the propriety of snap removal. Interestingly, given Parler’s status as an LLC, it’s unclear whether diversity jurisdiction exists in the first place.