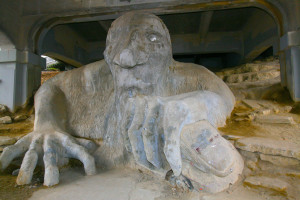 Dillion Price, the putative victim, was the subject of Facebook discussions by his high school peers. A classmate of Price’s posted a screenshot of a sexually themed text message Price allegedly sent him. Commentary ensued, and defendant Robert Bishop commented that the text was “excessively homoerotic”. Defendant also accused “others of being ‘defensive’ and ‘pathetic for taking the [I]nternet so seriously.’” Similar posts followed.

Price’s mother later heard Price crying and discovered the Facebook comments and posts. Worried about his well-being, his mom reported the matter to the police. The police used “undercover Facebook accounts” to view the posts and take screenshots. Defendant and others were charged under North Carolina’s cyberbullying statute, which made it:

unlawful for any person to use a computer or computer network [to] [p]ost or encourage others to post on the Internet private, personal, or sexual information pertaining to a minor . . . [w]ith the intent to intimidate or torment a minor.

Defendant was convicted and then appealed. The intermediate appeals court held that the statute reached primarily conduct and had only an incidental effect on speech. It further concluded that this incidental burden on speech is no greater than necessary because the statute only prohibits the posting of a narrow sliver of speech and only postings that are made with the requisite intent.

The North Carolina State Supreme Court reverses because the statute fails to comply with the First Amendment.

The court first holds that the statute regulates pure speech. Although the line between conduct and speech is blurry, this statute here clearly regulates speech.

The court next says that the statute is content-based and thus subject to strict scrutiny. It fails to pass this test:

At the outset, it is apparent that the statute contains no requirement that the subject of an online posting suffer injury as a result, or even that he or she become aware of such a posting. In addition, as to both the motive of the poster and the content of the posting, the statute sweeps far beyond the State’s legitimate interest in protecting the psychological health of minors. Regarding motive, the statute prohibits anyone from posting forbidden content with the intent to “intimidate or torment” a minor. However, neither “intimidate” nor “torment” is defined in the statute, and the State itself contends that we should define “torment” broadly to reference conduct intended “to annoy, pester, or harass.” The protection of minors’ mental well-being may be a compelling governmental interest, but it is hardly clear that teenagers require protection via the criminal law from online annoyance.

The description of the proscribed subject matter is similarly expansive. The statute criminalizes posting online “private, personal, or sexual information pertaining to a minor.” Id. Again, these terms are not defined by the statute. The State has suggested that we interpret this language by defining “private” to mean “[s]ecluded from the sight, presence, or intrusion of others,” or “[o]f or confined to the individual.” The State would then define “personal” as “[o]f or relating to a particular person,” or “[c]oncerning a particular person and his or her private business, interests, or activities.” And it would define “sexual” as “[o]f, relating to, involving, or characteristic of sex, sexuality, the sexes, or the sex organs and their functions,” or “[i]mplying or symbolizing erotic desires or activity.” While all of these definitions are broad, the State’s proposed definition of “personal” as “[o]f or relating to a particular person” is especially sweeping. Were we to adopt the State’s position, it could be unlawful to post on the Internet any information “relating to a particular [minor].” Such an interpretation would essentially criminalize posting any information about any specific minor if done with the requisite intent.

Finally, we note that, while adding a mens rea requirement can sometimes limit the scope of a criminal statute, reading the motive and subject matter requirements in tandem here does not sufficiently narrow the extensive reach of the cyberbullying statute. Even under the State’s proposed construction of the statutory terms, N.C.G.S. § 14-458.1(a)(1)(d) could criminalize behavior that a robust contemporary society must tolerate because of the First Amendment, even if we do not approve of the behavior. Civility, whose definition is constantly changing, is a laudable goal but one not readily attained or enforced through criminal laws.

Reed v. City of Gilbert is turning out to be a very consequential First Amendment ruling. While I have not looked at any statistics, it has been cited regularly by federal appellate courts and state supreme courts in justifying a closer look at (and striking down) speech regulation.

Words such as “torment” should never ever find their way into a statute directed at speech, especially a criminal law. There are plenty of statutes out there that employ definitions such as this one, and they’re on shaky ground at best. (For what it’s worth, the rest of the statute looks like it suffers from numerous problems as well.)

What does this mean for legislators who are looking to tackle online bullying, non-consensual postings of intimate images and other incivil online behavior? It’s tough to say. The cases overall do not say that these categories of speech that can never be regulated, but the track record of these statutes has been lackluster at best. Perhaps one explanation is that the statutes that have been scrutinized to date have been relatively easy First Amendment targets. It’s unclear whether a more narrowly drafted statute would achieve the intended objectives and still survive scrutiny. (Cf US v. Osinger (upholding federal prosecution of revenge porn postings under course of conduct analysis).)

Two final comments. First, it’s unclear exactly what statements the defendant was prosecuted for. While the court quotes numerous comments, I am surprised it did not highlight Bishop’s exact posts in question. Perhaps the absence of anything non-quotable and suitably shocking posted by the defendant swayed the court. Second, what in the heck is an “undercover Facebook account”?!

Other coverage (from amicus Volokh): “N.C. court strikes down ban on posting ‘personal or sexual information’ about minors ‘with the intent to torment’”