Posted naked pictures of [Jane Doe]*, who was then his girlfriend, on his Twitter account, and also sent those pictures to [Doe’s] employer and sister. 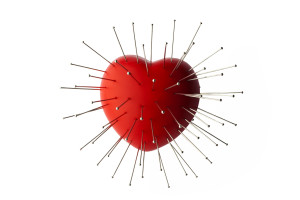 In resolving the motion to dismiss, the court examines the detective’s statement, which basically says that he was informed by [Doe] that she saw pictures of herself posted to the defendant’s Twitter account and she did not give permission for these postings.

Dissemination of unlawful surveillance images: the court says the particular statute, which has been in effect from 2003, has been construed in only one case. It appears to get at acts of distribution—i.e., when someone, with knowledge that the underlying image was obtained unlawfully, “intentionally disseminates such image or images.” The unlawful surveillance statute is aimed at people who place cameras in dressing rooms or locker rooms (that “surreptitiously views, broadcasts or records” a person in a state of undress).

[t]he mere posting of content, however offensive, on a social networking site such as twitter does not suffice.

Again, here, the statement is devoid of any communication between the defendant and the victim, and the court also adds, nor is there any allegation that defendant even induced third parties to contact the victim. [Interesting section 230 issue raised by the court’s allusion to third party conduct.]

Public display of offensive sexual material: This is an old-fashioned obscenity statute that is aimed at the “public display” of “offensive sexual material” .. whatever that is. The court says that the statement does not allege any public display. Twitter is a “subscriber-based” network and posting to this or emailing to a select group of people is not a public display. Defendant is not foisting images indiscriminately “upon unwilling audiences.” The court also adds that mere nudity is not sufficient to bring the content within the statute.

The court does a nice job of taking a close look at the statute (particularly since criminal charges are involved) and comparing whether the charged conduct even tracks the statutory elements. The answer in this case turns out to be no.

Harassment is one possibility, but the statutes vary and raise First Amendment concerns when they are used to target pure speech without accompanying content or even communications that are directed at the victim. I think it’s an open question as to whether a statute can target communications that are intended to and actually do cause serious emotional distress, and any statute targeting this would obviously have to be narrowly drawn. In the realm of other harassment cases we’ve seen over content posted to social networking sites (see, e.g., “High Schooler’s Facebook Post Can Constitute the Crime of Menacing“), it’s nice to see the court here take a sane approach and also be grounded by the statutory language.

The obscenity statute is an even worse fit, since the same image that’s at issue when posted with consent is ostensibly acceptable. As difficult as obscenity statutes are, that the image was posted without permission should not make it any more or less obscene.

In any event, I thought the ruling was interesting since it tries unsuccessfully to fit the conduct into several different statutory buckets. A good complement to yesterday’s post.

* [added May 4, 2016] The post originally identified the putative victim but at her request I removed her name.