This is an interesting dispute that brings together several legal doctrines we love to cover here. It’s the type of fact pattern a law school professor could crib from in coming up with his or her own exam questions.

Kristen Henry built a database of pedigrees for Schipperkes dogs, a “small, mischievous Belgian dog breed.” She made the database freely available through her website at bonchien dot com. Tamburo, the plaintiff, operated Versity (d/b/a “Man’s Best Friend Software”), a now defunct entity, and scraped the information compiled by Henry. According to Henry, not only did Tamburo obtain this information from Henry’s website, Tamburo offered the data for a fee to his end users (as part of a larger product package). 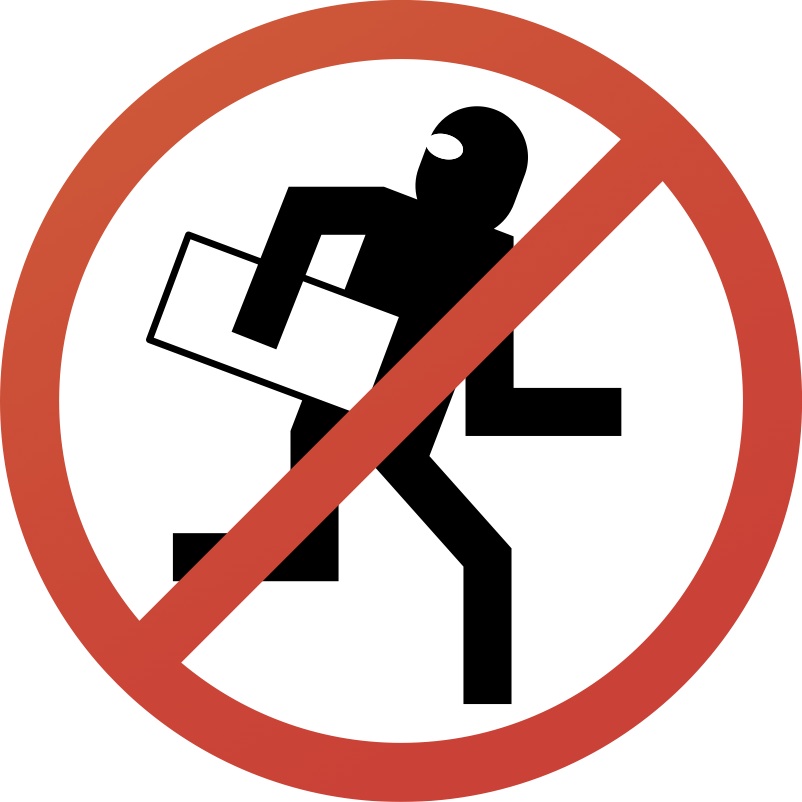 Understandably chagrined, Henry, who testified that she felt “frustrated and violated” by defendants’ use of her database, engaged in an email and online campaign to set the record straight. She posted messages and sent emails to various individuals who were a part of the Schipperke community, alerting them to Tamburo’s actions:

Breeders Standard has stolen my Schipperke database and is offering it as a perk if you buy their software. Schipperke people, you don’t need that perk, as you already have my site to use for free. Steve, I too noticed that the 23900 dogs that I keyed in all by myself to chronicle the history of the Schipperke breed have been stolen. . . . I feel frustrated and violated.

I am asking the Schipperke fancy [sic] to complain loudly to MBFS. Why should I do all this work so MBFS can steal it and sell their software with this stolen perk?

I will add a statement to my website about MBFS deceitful practice. . . . Perhaps if we contact news service who would be interested in a story on intellectual capital rights and the internet. I offer my data free for use to the Schipperke fancy [sic], not for a price, or to be held hostage by MBFS.

You keep saying that you aren’t charging for the data on your site that you took from mine. Your perspective is such a Joke because without the data on your site you would not have any value. . . . Will you also be using a Robot to mine data from the AKC.org site? I am sure they wouldn’t appreciate that either. . . . I feel violated and your perspective escapes me you alleged unethical dolt.

You are not entitled to the endless hours I spent compiling the data relationships. You cannot simply copy my database into yours without permission and start charging money for it. I have copyright statements on my site to boot. I do not give you permission to use that which you took from my domain without my permission. Again, shame on you MBFS.

MBFS has written an agent robot to go to these individual sites and steal certain files (Alfirin pedigree database files) that were not offered to them except through a query user interface for page by page query of a single dog’s pedigree at a time.

John is focusing on the dog information. He did not have and still does not have my permission to take or use the set of Schipperke data that I compiled for a specific type of manipulation and distribution on my web site. MBFS has targeted and stolen my personal data files from non public areas of my website domain.

[In] May 2004, MBFS (The Breeder’s Standard) has stolen the Pedigree Databases of many breeds including this one using a Data Mining Robot. They are now offering access to this data for use at $9.95/month from their site. I spent the last 4.5 years keying this data in. MBFS stole it in one day.
Please complain by email or phone to [Tamburo’s contact information].

I want to let you all know that there are now a few irons in the fire regarding other people he has stolen from too, and also, some of the National Dog Clubs . . . are stepping up to lend an ear and possibly some support especially with getting some important big players on board and in the loop. . . . Also, now that you have all seen the ethics and behavior of MBFS/TBS and Versity . . . please consider supporting the good, and take your business elsewhere.

Based on these and other statements, Tamburo and his entity filed a complaint against Henry and various other defendants. Nine years later, counts for defamation and tortious interference with contract remained. (There may have been counterclaims or other claims, but this order focuses on the remaining claims against Henry.)

The court disposes of the tortious interference claims easily enough, noting that Tamburo did not allege the existence of any contracts or that he had a reasonable expectation of entering into a business arrangement with a third party that was disrupted by Henry’s statements.

The court spends a little bit more energy on the various statements underlying the defamation claims:

1. Accusations of theft and selling stolen goods: Henry stated in various ways that Tamburo and his entity stole her data and acted unethically. The court says that allegations of being unethical or deceitful are statements of opinion and not fact. The statements regarding theft are not actionable because they are substantially true, or at least were subjectively understood to be true by Henry. The court is also required to ask whether the statements are capable of a non-defamatory meaning. While Tamburo’s conduct may not be legally actionable under certain legal theories, from a lay person’s perspective it was still true that Tamburo “took the data without [Henry’s] permission.”

The court has found no precedent indicating that failure to use the Robot Exlusion Standard means that a website creator has given up her intellectual property rights or invited the general public to copy the material on a site. To the contrary, in the copyright context, one district court recently rejected the idea that a website’s failure to use the robotx.txt protocol to block access created an implied license to copy copyrighted material.

2. Hacking: Another category of statements involved accusations that Tamburo “hacked” Henry’s website and took files from non-public areas of her website. The court finds the latter statement true: while end users could search the database available via Henry’s site, the database itself was not made available for download. Thus, it was substantially true that Tamburo accessed data from non-public areas of the site.

With respect to hacking, the court says that this statement is capable of a non-defamatory construction. Hacking is not inherently a negative label. The term has “’positive connotations,’ implying ‘a creative solution’ to a computer problem.” However, given the context, the court says it was clear Henry did not mean this type of hacking–she meant the bad kind. As with the first category of statements, however, the court says the statements regarding hacking also subject to a qualified privilege. Tamburo argued that Henry’s statements were disseminated to websites outside the dog-breeder community and the privilege was thus lost. The court disagrees, saying that Henry had an interest in protecting her data and the segment of the public that had an interest in her statements is broad.

3. Copyright infringement: the court says these statements are also substantially true: “Tamburo copied Henry’s database without her permission and charged money for the information …” Alternatively the court says that the statements are subject to a qualified privilege that Tamburo is unable to overcome. Although Tamburo poked at the legal merits of a possible copyright claim, the court is unpersuaded. (It’s unclear as to (1) whether she made any statements of copyright infringement after she admitted talking to her lawyer and learning that this was a long shot claim at best and (2) whether the timing of these statements are determinative for the court.)

None of the foregoing statements rose to the level of defamation per se (where damage is presumed). Tamburo also alleged defamation per quod, and argued he had proof of damages but the court says his evidence of damages “is based on nothing but conjecture.”

These claims are an interesting twist to the underlying scraping dispute between the parties. Scraping is a classic Internet law topic and a frequent topic of blog posts. (Most recently, see craigslist v. 3taps.) It’s fascinating that Henry took the self-help route when faced with the question of “what do I do when someone is scraping my website.”

Tamburo’s defamation claims fail for two reasons. First, scraping law is in flux and there’s no clear answer on whether Henry can protect her data and what steps she could take. Second, doctrines overlap, and existing labels don’t necessarily map specifically to one particular type of action or actor. Is it misappropriation to take someone’s data? Is it theft? Does it matter if copyright protection is available? Does it matter whether robots.txt was implemented correctly? Is it ‘hacking’ to access a publicly available website, albeit not in a way that a typical end user accesses it? Against this dizzying array of questions, the court correctly says that Henry’s statements were capable of non-defamatory construction.

I didn’t check the docket to see if an anti-SLAPP motion was brought, but judging from when in the litigation these claims are being resolved, it’s safe to say that the Illinois statute wasn’t of much help to Henry. This brings up Eric’s recurring point about a need for a federal SLAPP statute. (See “Why I Support HR 4364, the Proposed Federal Anti-SLAPP Bill“.) This type of a claim should be resolved far earlier than at the summary judgment stage (and certainly not nine years into the litigation). As to whether Henry’s statements should be covered by an anti-SLAPP statute, self-help statements that are intended to sway public opinion or vindicate your rights should be clearly protected under an anti-SLAPP statute. This was a core exercise of Henry’s public participation & advocacy rights.

If you’ve ever wondered what the appropriate course of action is when someone else is taking your content, this case illustrates that self-help in the form of calling them out to the community is a possible option. (See also Oatmeal v. FunnyJunk.) Sure, you may have to engage in a lengthy litigation campaign to defend your statements, and increasingly, statements regarding these types of disputes tend to spawn defamation claims. But hopefully courts will come to the correct conclusion and find that your statements are protected.

Finally, Tamburo: what in the world were you thinking, suing over something like this? There is no conceivable way that the expenditure of resources into these claims could have been worth it.