Michael J. Piznarski was a student at Colgate University in New York (for more background, see this article and what appears to be his LinkedIn profile). He had a sexual encounter with “victim A,” which he secretly recorded. He subsequently threatened to publicly release the recording unless victim A had sex with him again; when she relented, he secretly recorded that too. A police investigation revealed that he also secretly recorded having sex with “victim B.” A jury convicted Piznarski of “unlawful surveillance” and “coercion.” He was sentenced to 1-3 years in prison (a sentence I believe he is currently serving). 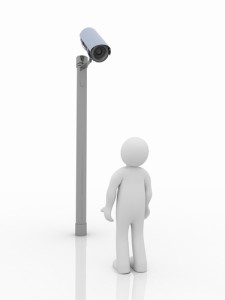 “Unlawful surveillance” criminalizes video voyeurism, such as photographing or video-recording a person engaged in sexual activity without the person’s consent. On appeal, the appellate court confirmed that all participants in sexual activity must consent to a recording. Piznarski argued that his camera was visible in his room, but the court said he used the camera surreptitiously (“the victims were either out of the room or had their eyes closed when defendant began to operate the camera”).

The statute applied only to places where victims had a “reasonable expectation of privacy,” a phrase Piznarski argued was impermissibly vague. The court disagreed:

When a person knowingly undresses and engages in sexual relations with another person, he or she should be able to do so with the reasonable expectation that his or her actions are limited to that particular time and place and that his or her naked body and/or sexual acts will not be memorialized and/or repeatedly viewed at any time by the other person present or by anyone else with whom that person decides to share the recordings

Whether it’s criminalized or not, it seems like common sense that it’s never OK to make surreptitious recordings of your sex partners.