This is another online threat case, this time involving online comments that constituted the crimes of “menacing” and “inducing panic”.

In the wake of the Sandy Hook tragedy, P.T., a 15 year old high school sophomore (in Ohio) posted the following to his Facebook page:

Kids were shot. Who cares? Dead kids are dead kids. Murder is a good thing. 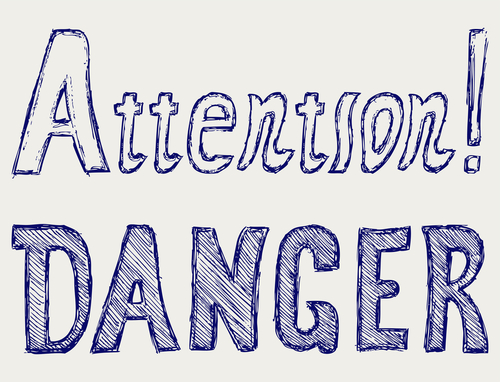 This is a serious status. I really think murder is a good thing. It doesnt (sic) matter who is getting killed as long as there is killing. I have been saying for years now that there needs to be another mass murder, I have said this too (sic) many people. The fact they were kids just makes me laugh. I’d have done this job myself if I could have.

All forms of life are insignificant. Doesnt (sic) matter if they die today, tomorrow, or in 30 years. They are going to die. I might as well help them out. [emphasis added]

Two things happened in response to this comment. First, Cory, an online acquaintance of P.T.’s, and P.T. exchanged words. Cory said P.T. should watch P.T.’s back; P.T. said he would “shit fury all over [Cory] and [Cory] will drown in it.”

Separately, several parents of students and students who came across the Facebook posts expressed concern to the police and to the principal of Wilmington High School. P.T. was arrested, detained and underwent a psychological assessment. He was also charged with “menacing” (R.C. 2903.21(A)) and “inducing panic” (R.C. 2917.31(A)(3)). The school monitored the situation, and sent out a robocall advising parents that it had the situation under control. Significantly, neither Cory, nor the principal of Wilmington High School stated that either of them viewed P.T.’s statements as a threat (the principal was more equivocal about it).

1. P.T.’s statements constitute “menacing”: P.T. argued that he made no threats and had no intended target and therefore his statement does not constitute menacing. The court disagrees:

The reach of R.C. 2903.22(A) is not so narrow as to be restricted only to conduct constituting an overt threat as P.T. suggests. Rather, the statute proscribes a much broader spectrum of behavior by criminalizing any conduct engaged in by a person knowing that such conduct would cause another to believe the offender will cause the other person, or the other’s family, physical harm. In the present case, P.T. posted on Facebook—knowing that it is a website readily accessible to many individuals living in the Wilmington area— endorsing the events that occurred at Sandy Hook and stating that if he had the means to accomplish such a shooting, he would have “done the job” himself. Although the posts were not made to or about any particular person, it was reasonable to believe that the posts would be viewed and conveyed through Facebook to individuals associated with the Wilmington school district, where P.T. attended school.

The court also rejects P.T.’s argument that he did not intend a threat, by saying that all that is required is knowledge that the statement would cause another to believe the risk of harm. P.T.’s conduct must be viewed, according to the court, “within the context of a highly emotional, fearful, and hyper-vigilant climate existing in the immediate aftermath of the Sandy Hook shooting.”

2. P.T.’s statements “induced panic”: The particular subsection of the statute prohibits anyone from committing an offense (in this case, “menacing”) where there is a likelihood of “serious public inconvenience or alarm.” The says that P.T.’s posts satisfied this statutory provision as well:

P.T.’s Facebook posts caused members of the public to contact police, required weekend meetings between the police, Principal Carey, Wilmington school district’s superintendent and the school district’s business manager, led to the school issuing an “all call,” alerting the entire student body to the situation, triggered a police presence at Wilmington High School on the following day of classes, and resulted in several students being absent from school due to their parents’ fear of what might happen.

What about the First Amendment? The court glosses over the question of whether P.T.’s statement was a “true threat,” and the available evidence indicated that it wasn’t. The language used by P.T. was clearly conditional. Neither P.T.’s online acquaintance nor the principal viewed it as such. (Cory and P.T. had a separate exchange of words, but the court does not use this as a basis for affirming.) Sure, it’s distasteful and even abhorrent speech, but that does not make it unprotected speech. You may argue that the school could, consistent with the First Amendment, investigate, or even discipline P.T., but that’s a different question from whether P.T. can be found liable for “menacing” under a generally applicable statute.

Is this a case of the school and/or police trying to get P.T. to bear the costs of their own (arguably reasonable) reaction to the posts? Maybe they are trying to send a message in order to deter these types of communications in the future? In any event, the court’s refusal to even tackle the First Amendment question is a bummer. Maybe online threat posts are the new “fire in a crowded theater“? Either way, my sense is that there are a growing number of cases involving online postings where courts do not engage in any First Amendment analysis–and online speech is suffering as a result. (See also the Cox case from last month: “Facebook Posting That Someone Has Herpes Is Criminal Harassment–Pennsylvania v. Cox“.)

Eric’s comments: I understand the nervousness of school officials and other parents in response to P.T.’s post in light of a recent tragedy. Either the post was the result of mental illness, or it was so ill-advised that some punishment was probably appropriate. Nevertheless, the crimes at issue here are so capacious and ill-defined–“inducing panic” and “menacing”–that their application to a Facebook post should trouble us all. It would have been better if the court expressly acknowledged the real levers to its decision: we are petrified of copycats in the wake of well-publicized social tragedies, perhaps irrationally so, and courts often don’t treat social media like Facebook as an equally credible medium for legitimate speech–social media too often has amateur status compared to “real” media when it comes to First Amendment protection (see, e.g., Bland v. Roberts and my Third Wave article).