This is a case involving some dark behavior by William Francis Melchert-Dinkel, who visited forums frequented by suicidal individuals and encouraged at least two people to commit suicide.

In one case, a 32 year old from England hanged himself sometime after exchanges with Melchert-Dinkel, who posed as a purportedly compassionate and caring nurse, providing advice regarding an effective technique for hanging one’s self. 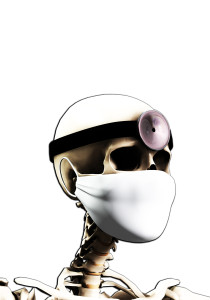 Another woman from Ottawa, a 19 year old, drowned herself in a frozen river (she jumped while wearing ice skates), also after an online exchange with Melchert-Dinkel.

Although suicide (or attempted suicide) is no longer criminal in Minnesota, a statute on the books makes it illegal to “intentionally advise, encourage, or assist another in taking the other’s own life.” Melchert-Dinkel was convicted. The appeals court rejects his First Amendment challenge, but he has better luck in the Minnesota Supreme Court. (Previous post: “Online Kevorkian’s First Amendment Challenge to Assisted Suicide Convictions Unsuccessful -– State v. Melchert-Dinkel“.)

The state argued that although the statute operates as a content-based restriction, Melchert-Dinkel’s speech was unprotected it was (i) speech integral to criminal conduct; (ii) incitement; or (iii) fraudulent. The court says that none of these exceptions apply. The speech can’t be integral to criminal conduct because suicide isn’t illegal in Minnesota. For the same reason, there couldn’t be an incitement to commit unlawful activity because the underlying activity is not unlawful. Finally, the fact that Melchert-Dinkel may have made misrepresentations to the suicide victims doesn’t mean that his speech is wholly unprotected. Melchert-Dinkel did not gain any advantage from his statements (save, perhaps some perverse joy), so Minnesota could not criminalize these statements consistent with US v. Alvarez (the Stolen Valor Act case).

Even if Melchert-Dinkel’s speech is protected by the First Amendment, however, the court says that it can be proscribed to the extent the state shows a compelling interest and that the restriction is narrowly drawn. The court says that the state does have a compelling interest in preserving human life. The court also gives the statute a narrow construction, finding that (i) it only gets at one-to-one speech and does not proscribe messages to a broader audience, such as books, editorials, movies, etc. and (ii) the term “assist” only encompasses speech “that provides another person with what is needed for the person to commit suicide.” As narrowed by the court, it says that there’s no First Amendment bar to a prohibition on speaking directly to another person and giving that other person “what is needed” to commit suicide. However, the court says that the statute’s restriction on “advising or encouraging” suicide does not satisfy First Amendment standards. There’s no requirement of a causal connection between the advisory or encouraging speech and the harm in question. The court says that these prohibitions are not narrowly drawn and strikes them. Finally, the court says that the trial court’s decision was unclear as to whether Melchert-Dinkel “assisted” the two individuals in question. (Because the lower court concluded that he encouraged and advised the individuals, the trial court did not reach the tougher question of whether he provided assistance.) Accordingly, the court remands for a second look.

One judge dissented, saying that it was clear the evidence would not support a conviction based on the “assisting” prong, and also that the district court implicitly understood this by omitting the word assist from its finding. This judge felt that a remand would be a waste of judicial resources and would allow the state to bring separate prosecutions for separate counts in violation of a Minnesota statute.

The court did incorporate suggestions from both of our comments in response to the court of appeals opinion. This time around we see cites to Snyder, Alvarez, and Brown v. Entertainment Merchant’s Association, none of which were addressed by the court of appeals. The court also narrowed the reach of the statute significantly. Limiting the statute’s coverage to one-to-one speech definitely narrows the breadth, including removing some risk for criminalizing speech such as books, editorials, art, or movies. Nevertheless, the court’s opinion still leaves open the question of whether the statute only covers scenarios where someone provides a necessary piece of information to facilitate suicide or whether it also covers providing assistance in the form of encouragement.

Ultimately, the court’s opinion is significantly better, but still seems like a half measure. Even assuming that someone can be convicted for providing assistance to another in the form of speech, what are the standards used to determine whether Melchert-Dinkel really “assisted” the two individuals in question? Ostensibly, the state should bear a high burden of proof as to this issue, and it seemed clear that this burden wasn’t met.

Eric’s Comments: Because what he did is so reprehensible, it’s tempting to lazily conclude that Melchert-Dinkel must have committed some crime so that he will be punished for his misanthropy. I thought the Minnesota Supreme Court did a good job overcoming that impulse and appreciating the important First Amendment problems created by Minnesota’s poorly worded archaic statute.

← Q1 2014 Quick Links, Part 2
How To Get Your Clickthrough Agreement Enforced In Court–Moretti v. Hertz →
Subscribe to Blog via Email
Categories