This is a case that addresses how defamation can play out on Twitter, which is a perennial favorite of mine (perhaps owing to my excessive participation in that medium).

Feld tried to buy a horse (“Munition”) that would become a companion horse. 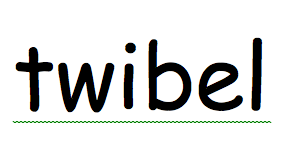 Unfortunately Feld never got to enjoy Munition’s company, as Munition was sent via a horse auction to Canada and was slaughtered. Munition’s fate apparently became the topic of great (internet) debate, and Conway, a “bloodstock agent” weighed in. It does not appear that she had any prior relationship to the transaction or with Feld. In late 2010, the online discussion spilled over onto Twitter, and Conway tweeted:

Mara Feld aka Gina Holt – you are fucking crazy!

Feld sued Conway for defamation. Although Conway asserted venue and jurisdiction as a defense (she was from Kentucky), she also argued that the tweet was protected opinion as hyperbole.

Citing to Hustler v. Falwell, among other cases, the court reaches the merits and says that it doesn’t make sense to read the tweet “in isolation”:

The tweet was made as part of a heated Internet debate about plaintiff’s responsibility for the disappearance of her horse. Furthermore, it cannot be read literally without regard to the way in which a reasonable person would interpret it. The phrase “Mara Feld . . . is fucking crazy,” when viewed in that context, cannot reasonably be understood to state actual facts about plaintiff’s mental state. It was obviously intended as criticism—that is, as opinion—not as a statement of fact.

There you have it.

Online speech doesn’t get a free pass, but courts are increasingly willing to look at the often-heated nature of online discussions and give the defamation defendant the benefit of the doubt. The remains true when the discussion spills over into other venues, as it often does. We’ve seen rulings like this where the statements take place via email, on blogs, and of course, on social networks.

It’s helpful to contrast this with the result in Cox v. Obsidian Finance case, where the district court found a slew (but not all) of the statements to be protected opinion. The two differences are that the actionable statement uttered by Cox contained some pretty specific allegations, and calling someone “crazy” is fairly understood to be part of our social repertoire of insults (whereas calling someone a tax delinquent is not).

I wonder how much Conway’s use of the word “fucking” influenced the court’s decision. Although not stated in the opinion, I would bet it did. Probably not a great idea to call someone names on Twitter, but if you do, perhaps it buys you some cover?

As a final thought, although not directly relevant here, linking is always a good idea. (See Eric’s posts on that topic.)

NB: neither side had a lawyer, which doesn’t happen often, but perhaps more so in internet squabbles. Either way, kudos to them for making some helpful law!

Eric’s Comment: IMO, between the Streisand Effect, the risk of reinforcing a Google autocomplete association, and the pithiness of tweets, bringing a defamation lawsuit over tweets is almost always fucking crazy. However, I do like that this case highlights another overlap between Internet Law and the Law of the Horse!