January 25, 2016 · by Venkat Balasubramani · in Privacy/Security 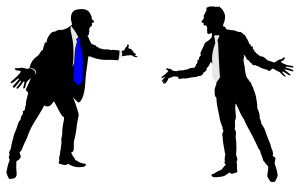 David and Textor are involved in litigation around their companies, which make holographic performances of dead famous musicians (most famously, for example, MJ and Tupac). David’s company sued Textor’s for patent infringement, and in a separate lawsuit, Textor’s sued David’s for business torts. (The patent case is pending, but the California lawsuit was dismissed.)

Textor sought an ex parte protection order in Florida based on:

(1) a May 2014 text from David to Textor, demanding that Textor give credit to David’s company at the Billboard Awards show for the hologram, for which David would drop his patent infringement suit; otherwise, he threatened to increase damages in that suit and stated, “You will be ruined I promise you”;
(2) an e-mail from David to business associates (other than Textor) that he had more information about Textor that would be released soon, but not specifying what that information was;
(3) an online article from July 2014 on Entrepreneur.com, in which David was quoted as saying that he “would have killed [Textor] if he could”; and
(4) articles about Textor that David posted and reposted in various online outlets.

Prior to the court hearing, Textor alleged that David sent another email urging settlement of the lawsuit which allegedly threatened to “expose photographs, lawsuits by disgruntled employees of Textor, and illicit money transfers.” The email allegedly said:

I hope for you and your family’s sake that you are man enough to put an end to this now.

David also tagged Textor’s Instagram account with a photo of Hitler and a caption that said “Sorry if I have offended any #neonazis”. The court also mentioned tweets sent by David referring to various lawsuits involving Textor, including the State of Florida’s attempt to recoup cash it provided to Textor.

Respondent David shall immediately cease and desist from sending any text messages, emails, posting any tweets (including the re-tweeting or forwarding), posting any images or other forms of communication directed at John Textor without a legitimate purpose. Threats or warnings of physical or emotional harm or attempts to extort Textor or any entity associated with Textor by Respondent David, personally or through his agents, directed to John Textor, directly or by other means, are prohibited [emphasis added].

On appeal, the court looks at Florida’s cyberstalking statute, which defines “harass” as engaging in a “course of conduct . . . directed at a specific person” which causes substantial emotional distress. The phrase “course of conduct” is defined as “a series of acts” over time but excludes “constitutionally protected activity”. Finally, the statute also defines “cyberstalking” as engagement in a “course of conduct” to communicate with or to a specific person that causes “substantial emotional distress” (where the communication serves “no legitimate purpose”).

The court says conduct that causes substantial emotional distress should be narrowly construed, and the distress must be reasonable. In contrast, “legitimate purpose” is broadly construed.

Against this standard, the court says the communications did not cause substantial emotional distress. There was no overt threat. The parties are involved in litigation, and of course, rough language is expected between litigation adversaries. The online postings are similarly not actionable. Most of them are articles or headlines, and while they may be embarrassing, they aren’t sufficient to justify an injunction. Finally, the court says that the one statement that approached a threat (about killing Textor) falls short. It is conditional and spoken to a journalist. The court also says that the injunction is a prior restraint.

The Florida statute, like many state harassment statutes, is hopelessly vague. How harassment rules comport with First Amendment limitations is an unresolved question, but adding a “legitimate purpose” or “constitutionally protected” exclusion to the statute does nothing to improve a statute’s clarity.

Courts have dealt with one-to-one communications (e.g., over the phone or in-person) that turn unwanted, but they struggle somewhat to extend these rules to social media. What does it mean, for example, for David to “direct” a communication at Textor? Does tagging on instagram or retweeting count? I liked the result in this case, but I’m disappointed that the court did not get into a bit more detail about the social media posts (and the Instagram tagging) and explain why they were not actionable.

Courts too readily grant harassment protective orders based on online conduct, often on an ex parte basis. Other examples include Ellis v. Chan. As in Ellis, here, the moving party tried to equate talking about someone with talking to them, and the court picks up on this distinction. (US v. Cassidy is another good case in this genre.)

Finally, although in a slightly different context, this case brings to mind Bellavia Blatt & Crossett, P.C. v. Kel & Partners LLC, a case Eric recently blogged about where the court tossed defamation claims based of the context of the statements (which were made online). The court in this case notes that Textor can sue David for defamation, to the extent any of the statements are defamatory, but something tells me this is probably not a great idea.