Bashing Your Litigation Opponent in an Online Message Board? Go For It! (Forbes Cross-Post) 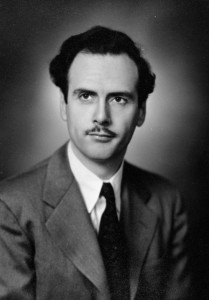 The new case spun out from a related lawsuit, Dependable Sales and Services, Inc. v. TrueCar, Inc., 15–CV–1742 (S.D.N.Y. complaint filed March 7, 2015), where auto dealers are seeking to stomp out the disruptive competitive threats posed by TrueCar. The trade publication Automotive News covered the lawsuit in an online story, and at the end of the story said “Have an opinion about this story? Click here to submit a Letter to the Editor, and we may publish it in print. Or submit an online comment below.” The story attracted 117 comments, including comments from Kel Kelly, who had been one of TrueCar’s PR agents. Kel wrote:

It is sadly becoming true that in order to be genuinely successful in modern business you must, at some point, become the target of fraudulent litigation. It’s a reality that anyone in America can sue for any reason. The law firm behind this suit has a reputation for making a living by opportunistically attempting to sue others. Word of the street is they have been attempting to induce dealers to join this lawsuit for quite some time with the misleading promise of millions in reward. Additionally what is being whispered throughout the auto industry is that participating dealers must pay thousands of dollars to participate and the claims are just a fishing exercise

Plaintiffs’ lawyers are often litigious, so perhaps not surprisingly, Kel’s remarks sparked an ancillary defamation lawsuit. In response, the court goes out of its way to give breathing room for these online comments. The court calls Kel’s statements “rhetorical opinions” because they contained qualifiers such as “reputation,” “word of the street” and “whispered.” The court even excuses Kel’s use of the term “fraudulent” as an opinion. The court also says that Kel’s relationship to the underlying litigation makes it more likely a reasonable observer would interpret her comments as opinions. Finally, the court cites the nature of online message boards:

because Kelly’s statements were made on an online forum where individuals are expected to express opinions and she made clear that her comments were merely stating her opinions, a reasonable reader would understand Kelly’s comments as allegations or opinions rather than comments based on undisclosed facts

For these reasons, the court dismissed the defamation suit.

I don’t think “anything goes” in online message boards, but they are way more free-wheeling than the buttoned-up environment of traditional dead-trees publications. This is partially because courts are letting online commenters fly their freak flag, which makes sense when (like in this case) other commenters grokked the merits of the allegedly defamatory post. The filter of robust online debates will distill any false/potentially defamatory online comments far better than any court could. If online message boards were a basketball game, we might exhort the refs to “let ’em play!” That seems to be exactly what courts are doing.