In 1996, Congress enacted a crucial Internet law, 47 USC 230 (Section 230), which says that websites aren’t liable for third party content. This law, though sometimes counterintuitive, has played a huge and helpful role in the Internet’s growth by fostering user-generated content websites.

The law also means that victims of online content sometimes might not have a place to turn for legal relief. Occasionally, sympathetic judges twist or distort Section 230 to let victims sue websites for third party content.

We saw an example of this judicial activism in a case involving Sarah Jones, who was the victim of several posts on a gossip website called TheDirty.com. Jones sued TheDirty for posting third party submissions containing defamatory claims about her. TheDirty repeatedly insisted that Section 230 preempted Jones’ lawsuit against her, but the district court judge rejected the arguments each time. The case proceeded to a trial, where the jury awarded Jones $338,000. 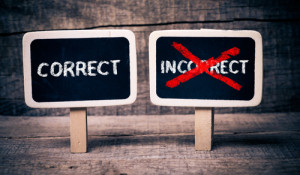 In a rousing victory for Section 230, TheDirty and all websites publishing user-generated content, the Sixth Circuit Court of Appeals reversed the district court’s Section 230 denials and the jury verdict, awarding a complete victory to TheDirty. It’s frustrating that the legal system took so long to reach this obvious conclusion, but the resulting appellate opinion is a satisfying denouement, providing substantial protection for TheDirty and other user-generated content websites.

TheDirty enabled its users to make gossipy submissions. TheDirty editors culled the submissions and selected a subset for publication. Nik Richie, TheDirty’s principal, then added a short snarky comment to the selected submissions. Richie’s own comments to the posts about Jones weren’t defamatory, but Jones claimed TheDirty was liable for the third party submissions.

The court emphatically rejects all of Jones’ arguments. Jones argued that TheDirty “developed” the submissions by selecting and republishing them. The court correctly recognized that Jones’ argument necessarily would hold many websites liable for publishing third party content, exactly what Section 230 was designed to prevent. Citing other cases saying websites may be accountable when they “materially contribute” to the illegality of third party content, the court said:

A material contribution to the alleged illegality of the content does not mean merely taking action that is necessary to the display of allegedly illegal content. Rather, it means being responsible for what makes the displayed content allegedly unlawful.

Thus, TheDirty didn’t contribute anything to the alleged illegality of user submissions by selecting and republishing them. TheDirty’s failure to remove the posts after Jones’ request was similarly irrelevant.

The court also rejected Jones’ contention that soliciting gossip, and then snarking about it afterward, constituted “encouragement” of illegal content or “ratification/adoption” of the third party’s sentiments. The court says those assertions are irrelevant to a Section 230 immunity. For example, the court says:

An adoption or ratification theory, however, is not only inconsistent with the material contribution standard of “development” but also abuses the concept of responsibility. A website operator cannot be responsible for what makes another party’s statement actionable by commenting on that statement post hoc.

The website’s content submission form simply instructs users to “[t]ell us what’s happening. Remember to tell us who, what, when, where, why.” The form additionally provides labels by which to categorize the submission. These tools, neutral (both in orientation and design) as to what third parties submit, do not constitute a material contribution to any defamatory speech that is uploaded.

This is an excellent opinion. Not only does it fix the obvious legal mistake in the Jones’ case, but the ruling shuts down several common arguments made by plaintiffs wanting to defeat Section 230, which ought to discourage those arguments from being made in future cases. Some of the lessons we learn:

* Online Exceptionalism. Section 230 is counter-intuitive, especially to folks trained on common law tort liability. As the court says, “Section 230 marks a departure from the common-law rule that allocates liability to publishers or distributors of tortious material written or prepared by others.” It can be hard for people to accept that online publication law differs from offline publication law, but that’s what Congress said, and it did so for very good reasons.

* Judicial Activism Stinks. Section 230 typically kills cases early. But when activist judges twist the law and keep alive a meritless case, they can impose significant costs on litigants and the judicial system. That’s exactly what happened here, and even the appellate court got annoyed about that:

Given the role that [Section 230] plays in an open and robust internet by preventing the speech-chilling threat of the heckler’s veto, we point out that determinations of immunity under [Section 230] should be resolved at an earlier stage of litigation.

Judicial activism, as seen in a case like this, has real costs. I hope this opinion will discourage other judges from indulging it.