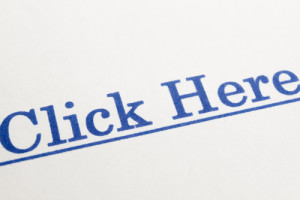 Earlier this week, we posted about a Seventh Circuit case where an ambiguous user call-to-action undermined an online contract formation procecss. (See “Defective Call-to-Action Dooms Online Contract Formation–Sgouros v. TransUnion“.) Recently, a couple of trial courts issued rulings denying companies’ requests to enforce arbitration clauses in online contracts. These cases rejected the online contracts for a different reason: the companies failed to come forward with competent evidence that the user agreed to the terms in question.

Dillon v. BMO Harris Bank: Dillon borrowed money, at allegedly usurious rates, from USFastCash and VIN Capital. Bay Cities was a bank that provided the lenders access to the ACH network (they acted as a service provider for the lenders). Dillon sued Bay Cities alleging RICO Act claims and claims under North Carolina law. Bay Cities sought to compel arbitration on the basis that the agreements between Dillon and USFastCash and VIN Capital contained arbitration clauses.

There was no dispute that Dillon applied for loans online from USFastCash Loan and VIN Capital “by providing information requested by the lenders and by clicking through various terms and conditions.” There was also no dispute that Dillon did not read any terms presented to him, except for the actual loan amounts. USFastCash Loan and VIN Capital took in the information submitted by Dillon and extended him loans. They key question is whether Dillon agreed to any terms and conditions and thereby bound himself to arbitrate disputes.

USFastCash Loan: In support of its argument that the USFastCash Loan agreement contained an enforceable arbitration clause, Bay Cities presented the declaration of Christopher Muir, an employee of a company that provided services to USFastCash Loan. The declaration was deficient on numerous levels. First, the declarant did not offer testimony specifically on USFastCash’s recordkeeping, and also whether the online terms were actually presented to the plaintiff. Second, the entity for whom Muir worked had a track record of “dishonesty” in court proceedings. (It had previously been chastised for this.) Finally, Muir declined to be deposed, and the court says this supports a negative inference about the reliability of his testimony.

The court is troubled by the lack of reliability of the evidence offered by Bay Cities:

These are not abstract, unimportant concerns. Click-wrap contracts like the one at issue here pose special risks of fraud and error. When one of the contracting parties has exclusive control of the electronic record, which is the case in many consumer online transactions, that party is in a position to produce a document that meets its current preferences and needs. Even absent fraud, there is risk of error in the production of a document from the bowels of an electronic record-keeping system, which may include agreements whose terms and electronic click-through procedures varied over time. . . . That risk is even higher when the party maintaining the records and the party producing the records are not the same.

Bay Cities also relied Dillon’s own deposition but he vaguely said he “clicked” through the box that were presented to him and could not definitively confirm that the document Muir presented was the loan agreement.

VIN Capital Loan: The VIN Capital loan suffered from a similar fate. Bay Cities did not offer the testimony of VIN Capital itself, and relied on the testimony of “BillingTree Payment Solutions”. A BillingTree employee said that, in the regular course of business, BillingTree obtained the document in question from CWB, VIN Capital’s shared service provider. The employee lacked personal knowledge of VIN Capital’s online loan application process and document retention practices. Most critically, he could not testify that the loan documents were presented to plaintiff, whether they had been altered, or even where specifically they came from. The court says this too is unreliable evidence.

The court closes by saying that there’s “nothing inherently unfair about arbitration agreements in the consumer loan context of in the Internet contract context.” But an individual can only be ordered to arbitrate disputes which he or she has agreed to arbitrate and the court declines to do that in the face of flaky evidence:

The state and federal policies favoring arbitration do not excuse proponents of such agreements from producing reliable and credible evidence that the parties mutually agreed to arbitration. Documents created by entities of questionable credibility, produced second- or third-hand, and purportedly authenticated by witnesses who are unfamiliar with the lender’s online record creation and retention practices are insufficient.

Resorb Networks, Inc. v YouNow.com: This is an account termination case, vaguely along the lines of the YouTube cases Eric has blogged about. Ianuale signed up to be a partner of YouNow, a network that provides a “self-promotion live-video social entertainment platform.” He was alleged to have spoken abusively to his girlfriend during a video stream, and in response, YouNow terminated Ianuale’s account.

Ianuale initially used YouNow as an end user, but after one attempt he was accepted into YouNow’s “partner program,” under which he would provide content to YouNow’s platform and get a cut of its monetization. The terms applicable to mere end users contained an arbitration clause, but the partner agreement (of which there were two versions) did not contain an arbitration clause. It contained an exclusive venue and jurisdiction clause requiring disputes to be brought in New York courts.

One dispute—which ends up deciding the case—is whether Ianuale agreed to the terms of use. Because the court says no, it does not reach the issue of whether the partner agreement’s exclusive judicial venue clause conflicts with the requirement to arbitrate imposed by the terms.

The court’s discussion is confusing, as is the evidence submitted by YouNow. On the one hand, the court says that YouNow’s declaration explains that a user “must accept the . . . Terms of Use” each time they sign in to the site or app. The sign-in screen contains text under the sign-in options that says “by signing in you agree to our terms of use” (bold in original). Additionally, the partner sign up process also requires a user (and would-be partner) to check a box and confirm they agree to the partner agreement and “Terms and Conditions”. YouNow contended that the words “Terms and Conditions” actually linked to YouNow’s terms of use.

The court says that the link at the sign-in page may actually take users to a “license agreement,” which is a separate agreement altogether. YouNow’s declaration does not explain this discrepancy; nor does it explain what the “license agreement” is. Because of this discrepancy, the court falls back on “whether a reasonable consumer would be on notice of the terms” standard. The court says a reasonably prudent user will be placed on inquiry notice where terms are presented to the user and there is “hyperlinkage”. [Jargon alert: this term has been used in two other opinions, and first appeared in 2015, in Berkson v. Gogo.] [Eric’s comment: “hyperlinkage” is bullshitage surplusage.] Where terms are buried or are not adequately presented to the user, courts decline to enforce them. This is the case here (or at least YouNow did not carry its burden of proving that the operative terms were clearly presented to the user).

YouNow raises a few other arguments. It proffered evidence of supposed actual knowledge in the form of a heatmap that allegedly demonstrated plaintiff spent 1,162 minutes on a website category called “policy” which included the terms of use. But the court says this only meant that the user’s browser was open during this time, not that he read the terms. YouNow also says that it emailed all partners informing them that they should adhere to the “Terms of Service,” but the court says it’s unclear these are the same as the “Terms of Use” or that they were linked to the document containing the arbitration clause. (While not mentioned by the court, it’s doubtful that merely emailing terms after the fact is sufficient to bind users. See Second Circuit Says Arbitration Clause in Terms Emailed After-the-Fact Not Enforceable – Schnabel v. Trilegiant.)

Dillon presents a straightforward enough evidentiary issue: whether someone is held to agree to online terms in the absent of credible evidence to this effect. The answer to this is obviously no. The big question unanswered from this case is whether once the various complications in the testimony were removed, testimony from a custodian of records of a click would be sufficient to show that someone agreed to the terms. In other words, what actual evidence other than a custodian’s testimony and the relevant web pages are required? Eric’s post on the JDate case is a good contrast to what happened here. There the court enforced the agreement despite the customer’s protest that there were multiple versions. The difference: “JDate convinced the judge that it had tracked all of the contract amendments over the years and the provision in question remained constant during all relevant times.”

YouNow also looks like a case where the evidence failed. There were multiple versions of the operative terms, and the company did not appear to do a good job of explaining where all of the various terms fit in. It’s quite possible that there was a simple instance of calling the same agreement by different names. People often use “terms of use” and “terms of service” interchangeably, and online terms typically contain license language so it could conceivably be referred to as a license agreement as well. Still, the court in YouNow goes into this odd detour and talks about browsewraps, clickwraps, scrollwraps, and sign-in-wraps. [Eric’s comment: UGH…more proliferation of -wrap nomenclature. MAKE IT STOP.] It says that the agreement “could be characterized” as a sign-in-wrap but is also a clickwrap because “the user need not view the contract.” The entire discussion is murky, and to the extent the user was required to read language that alerted them to the terms, it should be the user’s responsibility to track down the terms.

At any rate, both of these cases have good lessons for enforcement of online agreements. They may seem like common sense, but as these cases demonstrate, companies don’t always get them right. An additional takeaway from YouNow is that watch out for a later agreement without an arbitration clause but an exclusive venue clause (this could conflict with an earlier agreement requiring arbitration).

[NB: the plaintiff in the YouNow case has a steep uphill battle, given the broad discretion and statutory protection given to companies in making account termination decisions. It’s possible plaintiff may try to shoehorn his case into a “removal and relocation” case (along the lines of many that have been asserted against YouTube) but these cases seem tough in the long run as well. See Eric’s post: “Can YouTube ‘Remove And Relocate’ User Videos Capriciously?” and his article on online account termination.]