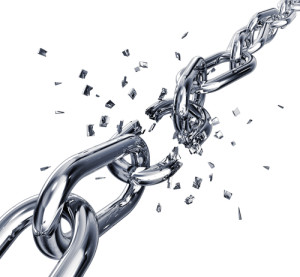 On the last page of the contract, in small font directly above the signature line, is the following text: “

the hyperlink is placed in the Managed Support Plan in isolation. Unlike the above-cited cases [Eric’s note: including Fjeta and Swift v. Zynga], there is no statement that signing the agreement indicated acceptance of the “Terms and Conditions,” nor is there an instruction to sign the contract only if Holdbrook agreed to the additional terms. The Court finds that the existence of the hyperlink in the document, without any statement to draw attention to the link, is insufficient to demonstrate that Holdbrook had “reasonable notice” that the “Terms and Conditions” were part of the contract.

Second, because the contract had to be printed to be signed, the signer may not have recognized the hyperlink.

I don’t think this case holds that printed contracts can never incorporate supplemental electronic documents by reference. Instead, look at the ways PCS should have been able to succeed:

* better call-to-action language. The court clearly explains how PCS could have easily used better words to cross-reference the T&Cs: PCS could have include a “statement that signing the agreement indicated acceptance of the Terms and Conditions” or “an instruction to sign the contract only if Holdbrook agreed to the additional terms.” For more discussion about the importance of a good call-to-action, see our blog post on the Nguyen case.

* incorporation of the T&Cs into the electronic file. Rather than linking to the T&Cs, PCS could have integrated the T&Cs into the same electronic file as the Managed Support Plan. This still would need better call-to-action language, but it would have been harder for the dentistry to deny the relevancy of material in the same file (especially when it all printed out together).

* use an online-only process. Hello! It’s 2015. Why is PCS still requiring customers to print and manually sign its contracts? PCS could have used an exclusively online contract formation process where customers accepted the terms online. PCS still would have needed stronger call-to-action language, but a contract drafter anticipating an entirely online formation process would have been more likely to pick the right words.

← Seventh Circuit: Data Breach Victims Have Standing Based on Future Harm
Is Amazon Liable For IP Violations By Its Marketplace Vendors? (Forbes Cross-Post) →
Subscribe to Blog via Email
Categories