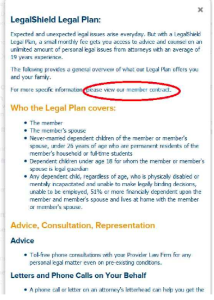 It is somewhat surprising that, in 2015, courts are still hashing out online consumer contract formation issues. After all, the seminal case, Specht v. Netscape, was decided over a dozen years ago. Yet, a few recent cases show that companies often don’t get the contracting process right. In all or most of these cases, the companies are trying to push the disputes into arbitration (on an individual, rather than a class-wide basis). So the result of a flawed contract formation often means that a company has to litigate a claim in court rather than a more convenient and less expensive forum.

Nicosia v. Amazon, 2015 U.S. Dist. LEXIS 13560 (E.D.N.Y. Feb. 4, 2015) (see the complaint), an example of correct implementation: Plaintiff sued Amazon in a putative class action, alleging that Amazon sells weight loss supplements containing “sibutramine,” which is a controlled substance, that can’t be sold without a prescription, and which allegedly has negative side effects.

Plaintiff allegedly bought the supplements. Amazon’s operative user agreement at the time of the purchases contained an arbitration clause and a class action bar. Amazon moved to dismiss in favor of arbitration. At the time plaintiff made his purchases:

plaintiff viewed a final check out screen which stated “By placing your order, you agree to Amazon’s privacy notice and conditions of use” [and to] place his orders, Plaintiff had to navigate past this screen by clicking a square icon below and to the right of this disclaimer, which states: ‘Place your order’.

The court asks the question of whether the text quoted above (“by placing your order”) along with placement of the “place your order” button is sufficient to incorporate the terms of use into the purchase agreement.

The court spends a surprisingly long amount of time before concluding that the answer is yes.

Plaintiff also tried to attack the agreement by pointing to a provision that allowed Amazon to freely amend the terms (a la Blockbuster). In Blockbuster and a few other cases, courts have used this type of a provision to undermine the entire agreement, thus putting the arbitration clause at risk. The court does not take that approach here, which is worth noting.

Sgouros v. TransUnion, 14 C 1850 (N.D. Ill Feb. 5, 2015): This is a lawsuit alleging that TransUnion sold a credit score to consumers where the scoring metric varied from the one TransUnion used to provide consumers’ scores to lenders. TransUnion moved to compel arbitration. Plaintiff clicked on a button to purchase the score, and the agreement containing the arbitration clause was displayed in a scrollable text box. While there was language alerting the consumer to some possible legal effect of clicking “I agree”, it was not clear that clicking on the “I Agree” button signified assent to the terms:

The layout of the Window, the Button, and the Paragraph may have provided reasonable notice of the existence of the terms. However, it did not provide reasonable notice that a users’ click would constitute assent to the terms in the Window. Rather, the placement of the Authorization Paragraph made it confusing enough to mislead a user to assume that he was agreeing to the terms of the Authorization Paragraph. Therefore, this Agreement is not a valid clickwrap agreement.

Savetsky v. Pre-paid Legal Services, 2015 U.S. Dist. LEXIS 17591 (N.D. Cal. Feb 12, 2015): This is a lawsuit alleging that pre-paid legal charged recurring payments without sufficient disclosure. Pre-paid legal moved to arbitrate, but the court says that it was not clear at the time of purchase that the customer was agreeing to arbitration. The website offered information regarding Pre-paid Legal’s product, and if the user clicked “more plan details” to find out more information regarding a plan, then he or she was taken to a page that contained additional information and also a link to the “member contract”. The “buy now” button which was on the initial page did not contain a link to the member contract or anything flagging for the user that he or she was agreeing to the contract:

[i]n fact, by simply checking the desired services and clicking the “BUY NOW” button, a consumer can order a LegalShield plan without even being aware a member contract exists.

The court goes on to say that the arbitration clause is still further buried.

Pre-paid Legal also mailed a copy of the member contract to the plaintiff’s address, but the court says that a reasonable person in plaintiff’s position would not be on notice that by continuing to use the services after receiving the contract in the mail, he or she would be signing up for arbitration.

Knutson v. Sirius XM, 12-56120 (9th Cir. Nov. 10, 2014): This is another arbitration clause case that fell into the blogging queue black hole. Knutson bought a Toyota truck and got a trial subscription to Sirius XM. Later that month, Sirius mailed Knutson a “welcome kit” and this contained a customer agreement with an arbitration clause.  The agreement contained typical language advising customers that by

accessing or using the site or service [the customer] agree[s] to be legally bound by the agreement.

Knutson received a few telemarketing calls during the trial period and sued, asserting TCPA claims. Sirius argued that Knutson’s failure to cancel the subscription after receipt of the agreement constituted acceptance. The court says no.

The court first says that it was not obvious when Knutson purchased the truck that he was even entering into a contractual relationship with Sirius. He thought Sirius’s trial subscription was a complimentary service. Sirius argued that the delay between activation of the service and receipt of the customer agreement should not undermine assent because he continued to take advantage of the benefit and had a duty to act, or inquire. Again, the court points to the fact that even the welcome kit didn’t provide notice to Knutson that he was receiving an offer.

Finally, Sirius argued that the agreement was a “shrink-wrap” agreement. Sirius cited to a pair of cases where the customer purchased a service and was later sent contract terms (involving cable service and a telephone). In both of these instances, the court says the customer purchased the item from the putative offerror directly and there was no other party involved

Here by contrast, there is no evidence that Knutson purchased anything from Sirius XM, or even knew that he was entering into a contractual relationship with the satellite radio service provider. The court also cites to a second circuit case involving a discounter offer/data-pass cases where the court declined to enforce the arbitration clause. (See “Second Circuit Says Arbitration Clause in Terms Emailed After-the-Fact Not Enforceable – Schnabel v. Trilegiant“.)

These cases nicely illustrate the spectrum from cleanly implemented contracting process to a clearly flawed implantation:

All of these cases involved a purchase (or some activation). The safest bet is to allow the customer to access the product, or place the order, only after clicking through and signifying assent to the terms. Every other implementation leaves upon a possible argument that the consumer did not read or agree to the terms. Courts continue to struggle with nomenclature around these cases and I confess to being perplexed after reading through the cases about what agreement fits into what category. As Eric notes below, perhaps it’s time to retire the terminology.

The Sirius case involves a contract mailed after the fact. This seems like a particularly ineffective way to ensure contract creation. Courts have repeatedly bought the argument from consumers that they had no reason to know what they received in the mail was actually a contract. (See, e.g., Kwan v. Clearwire.) Maybe it was not feasible for some reason, but a safer option for Sirius would have been to make consumers read through (or say they read through) the terms as a condition of using the service in the first place.
____

Eric’s Comments: From a nomenclature standpoint, the Ninth Circuit’s 2014 Nguyen case was a train wreck. The court didn’t understand the differences between a browsewrap and a click-through agreement, leaving the court’s discussion and definitions muddled.

Now, we’re beginning to see lower courts applying the Nguyen’s muddled framework, and the results are predictably not pretty. In the Amazon case, the court says “Amazon’s 2012 Conditions of Use agreement is a hybrid between a clickwrap and a browsewrap agreement.” What??? And in the Savetsky case, the court defines shrinkwrap, clickwrap and browsewrap before concluding: “The circumstances at issue in this case do not fit neatly into any of these categories. Instead LegalShield’s presentation of its terms shares some characteristics with all three.”

OK, stop right there. Two courts within a week of each other independently found that the definitions of browsewrap and clickwrap overlapped enough that a single fact pattern could simultaneously qualify as both. That’s not going to work. Overlapping circles in a Venn diagram are recipes for judicial anarchy. Until we fix the nomenclature issue, we’re doomed to see more garbled rulings and more judicial contortions attempting to reconcile Nguyen’s flawed and irreconcilable definitions.

Fortunately, the solutions are easy. NEVER EVER use the term “browsewrap” except to mock it. Indeed, NEVER EVER use the “-wrap” suffix in the contract setting except when describing a true shrinkwrap, i.e., clear plastic wrapped around a physical product. In place of the flawed browsewrap/clickwrap typology, we can use a simple non-overlapping typology for web interfaces: Category A is a click-through presentation where a user clicks while knowing that the click signals assent to the applicable terms; and Category B is everything else, which is not a contract.

← Catching Up on Section 230 Cases From the Past 18 Months
Blogiversary Bonus! A Video Interview About the Blog →
Subscribe to Blog via Email
Categories