Eric recently blogged at Forbes about a terms of service gaffe by Zappos that prevented Zappos from being able to enforce their terms. (“How Zappos’ User Agreement Failed In Court and Left Zappos Legally Naked“.) The Second Circuit recently issued an online terms of service decision that touched on similar issues. It’s been in the blogging queue for awhile, and it festered because it’s a long-winded and roundabout opinion. 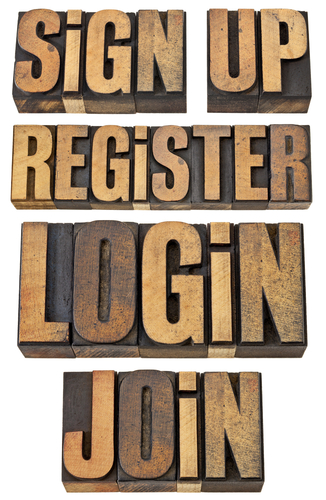 The Schnabels enrolled in Trilegiant’s discount membership services offering after completing purchases at sites such as priceline.com and beckett.com. The Schnabels alleged that they were unwittingly enrolled; Trilegiant argues that there were clear disclosures around the terms of the rewards program. (We’ve blogged a bunch of these cases before, and federal legislation currently regulates this practice—commonly referred to as “data pass” or negative option marketing. See posts on Intelius and Vistaprint; the Intelius post mentions the “Restore Online Shopping Confidence Act“.)

The key issue was whether Trilegiant could force the Schnabels to arbitrate their claims. The Schnabels were taken to an enrollment page containing links to terms and conditions, and these terms contained an arbitration provision. Separately, Trilegiant had a practice of emailing each “newly enrolled member” a document entitled “Great Fun Membership Terms and Conditions.” If this email bounced back, then Trilegiant would send a paper version of this document to the billing address on file.

Enforceability of online terms: Trilegiant didn’t argue that the Schnabels could be compelled to arbitrate the dispute by virtue of having viewed the online terms on the enrollment page. The reasons for their waiver of this argument is not clear. The messiness around the terms may have contributed to this. A related possibility is that it would have focused attention on the negative option marketing aspect of the transaction. Either way, Trilegiant did not have this argument available at the appeal stage. Instead of being about the enforceability of these online terms (see Eric’s discussion in the Zappos case for what loose ends you may want to tie up to ensure that terms such as these are enforceable), the case ended up being about whether terms emailed after the fact were enforceable.

Terms emailed after the fact: On the question of whether the Schnabels can be bound by arbitration terms that they ostensibly became aware of after the fact, the court says that there are two possible arguments: (1) by analogy to the shrinkwrap cases; and (2) the arbitration clause could be analyzed as “additional terms” (think back to battle of the forms from contracts class, except this arguably deals with services). The court goes on a long and winding (and somewhat interesting) tour of basic contract principles and how they’ve been applied in different contexts. Ultimately, the court says that the Schnabels were never on inquiry notice—no reasonable person would expect additional terms to be delivered via email in a context such as this. Therefore, even if the Schnabels received the emails, their continued use of Trilegiant’s service following receipt of the emails can’t be construed as implied assent to the terms:

A reasonable person may understand that terms physically attached to a product may effect a change in the legal relationship between him or her and the offeror when the product is used But a reasonable person would not be expected to connect an email that the recipient may not actually see until long after enrolling in a service (if ever) with the contractual relationship he or she may have with the service provider, especially where the enrollment required as little effort as it did for the plaintiffs here. In this context the email would not have raised a red flag vivid enough to cause a reasonable person to ancitipate the imposition of a legally significant alteration to the terms of condictions of the relationship with Trilegiant.

The court also flags that there’s a possible “additional consideration” problem with terms after the fact that are viewed as possible amendments.

As I mentioned above, this opinion contains lots of interesting references to, and discussion of, old-school contract principles, but it doesn’t do a great job of trying everything together and providing a big picture framework. I had to read it a couple of times and I’m still left scratching my head. One possible way to look at it is that it’s not an online terms case at all (since this argument was waived). Nor is it the case of a customer having to take action in order to indicate their assent to terms—such as in the shrinkwrap context—even though they weren’t necessarily aware of the terms at the time of the contract (purchase). It basically says that you can’t change the terms after the fact unless (1) you hit someone over the head with notice or (2) the customer has to take action to indicate their assent. (See Kwan v. Clearwire and the Qwest arbitration cases.) Given that Trilegiant was selling a membership services offering, Trilegiant probably did not want to make it easy for customers to decide whether to sign up (or easily cancel) after having viewed the terms–that’s the nature of these types of deals.

The additional consideration issue is also interesting, and makes me wonder how it would affect situations where companies try to add in arbitration clauses after the fact (e.g., paypal/ebay)? Would they be better served offering some express consideration such as a nominal discount on some fees? Does it matter that some of these companies make it harder if you want to opt-out (e.g., by making you send in a paper form)?

In theory, this opinion completes a nicely integrated Second Circuit hat trick of online contract cases in conjunction with the Specht and Register.com opinions from a decade ago. In practice, this opinion might have nibbled at the edges of Specht and Register.com, but I think those opinions largely survive intact and this opinion becomes a weird tangent dealing with facts of limited applicability. As Venkat said, it’s baffling why Trilegiant decided not to argue contract formation via the front door (its apparent clickthrough agreement) and instead tried the side door (a post-transaction confirmatory email). In light of cases like Hill v. Gateway, where terms delivered post-transaction were in fact enforceable so long as the buyer could unwind the relationship, I don’t think Trilegiant’s side door argument was frivolous, but I imagine most online contracts aficionados (like Venkat and me) read this opinion and scream “but what about the clickthrough agreement?!” So this addition to the Second Circuit online contracting troika of cases is, at best, a letdown for online contracts geeks.

Because the opinion implicates Specht and Register.com, both of which I teach in Internet Law, I’m going to add a reference to this case in the next version of my Internet Law reader. (I’m also going to add my blog post on Zappos, either as a complement or substitute for the Blockbuster opinion). However, because of its quirks, I think the Schnabel opinion will warrant just a short note, not a lengthy excerpt.