This is a straightforward ruling, but I liked it because it nicely illustrates what’s happening in the field and the courts right now. Gilt Groupe runs the “flash sale” website Gilt.com. I know some folks love these sites but I’ve never understood the appeal. To me, they seem like a close cousin to the fake “going out of business” sales where the business trucks in millions of dollars of new inventory right before declaring its demise. 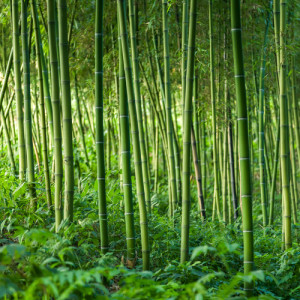 In this case, the plaintiff alleges he bought swaddling blankets advertised as “100% bamboo,” but in fact the blankets were rayon, a bamboo derivative. He claims false advertising and sued on behalf of a class of buyers. Gilt invoked its membership agreement, which included mandatory arbitration and a no-class-action clause.

The question here is whether Starke is bound by the written terms of a transaction which he did not see or read, although he was aware that there were terms which governed his purchase, that he would be taken as having agreed to them by making the purchase, and that he could read them by one or two clicks of the mouse.

Framed this way, the result is obvious:

When Starke clicked “Shop Now,” he was informed that by doing so, and giving his email address, “you agree to the Terms of Membership for all Gilt Groupe sites.” Regardless of whether he actually read the contract’s terms, Starke was directed exactly where to click in order to review those terms, and his decision to click the “Shop Now” button represents his assent to them.