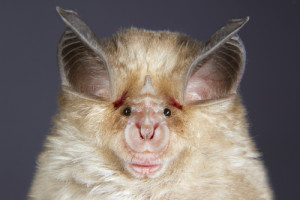 Ever have one of those days where you’d like to slap the ever loving bat snot out of a patient who is just being a jerk because they can? Nurses shouldn’t have to take abuse from you just because you are sick. In fact, it makes me less motivated to make sure your call light gets answered every time when I know that the minute I step into the room I’ll be greeted by a deluge of insults.

Talbot said “he was just frustrated and venting.” Desert View nevertheless fired Talbot for violating this provision of its social media policy:

General Conduct: [Desert View] also expects employees to treat physicians, providers, vendors, conservators, regulators, competitors, fellow employees, managers, and the family members of our patients with respect electronically, as well as in-person. As with the conduct expected of employees at their worksite, employees will at all times avoid slanderous, vulgar, obscene, intimidating, threatening or other “bullying” behavior electronically towards any of the groups identified above or towards other facility stakeholders.

Talbot was subsequently denied unemployment benefits because he was fired for cause. A closely divided Idaho Supreme Court upheld the denial of unemployment benefits, reasoning that “Desert View had an expectation that its nurses would not make threatening statements about a patient on Facebook” and “Talbot posted a statement for many to see that indicated he would not respond to patient’s call button in certain cases. This could be interpreted as putting his intent toward patient care in question.”

While this is a happy result from the employer’s standpoint, the dissent nevertheless points out some obvious flaws in the employer’s social media policy. For example, the snippeted language never actually restricts threats against patients. Family members of patients are referenced, but patients apparently fit only into the catchall “other facility stakeholders.” (Talbot says he had no idea who was a “stakeholder,” a likely situation with such a jargony term). The policy also expressly limits itself to behavior at the “worksite,” but the court doesn’t address if Talbot made his Facebook post off-site (which would raise the issue we see frequently when school administrators discipline students for off-campus posts).

Finally, the court doesn’t address the “true threat” jurisprudence that we see commonly with Facebook posts (and the Supreme Court will address in the Elonis case). Social media posts contain a lot of vitriolic chatter and threat-like statements that authors never intend to pursue. Here, I’m even more struck by the absence of any “threat” at all. Talbot fantasizes about slapping the “ever loving bat snot” out of patients, but I’m pretty sure this is hyperbole as I don’t believe he worked in a hospital for bats. He also said he was “less motivated” to answer a patient’s call button in some cases, but there’s a big gap between “less motivated” and “not motivated.” If Talbot actually let his demotivation show, that would be an issue. Otherwise, good luck trying to find a customer-facing employee in any organization who doesn’t have some customers that sap their energy, even if the employee remains completely professional in dealing with them and every other customer.

The sad truth is that it’s not safe for employees to negatively joke about their jobs on social media, especially if the employee has a position of trust where the joke might imply the employee isn’t doing his/her job properly–such as prior incidents with nurses (1, 2–we could probably run a whole blog just on nurses who’ve suffered adverse professional consequences due to ill-advised Facebook venting), social workers and administrative adjudicators. Protip: save your “I hate my job” gallows humor and workplace venting for your diary or happy hour at the local bar, not your Facebook timeline.