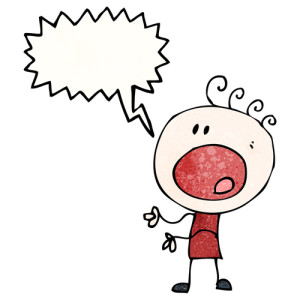 Plaintiff Jennifer Shepherd was a child protective services (CPS) caseworker for the Oregon Dept. of Human Services (DHS). She investigated reports of child abuse and made recommendations regarding child welfare decisions in juvenile court. Her responsibilities included working with the Oregon District Attorney’s Office and the Oregon Department of Justice. Because of the high-stakes associated with her work, she had to prepare every case as if were going to court, and she would appear in court 6-8 times a month.

Plaintiff grew increasingly jaded about her job and perhaps the world at large, and she made several comments regarding individuals who received public assistance or otherwise came into contact with the child welfare system. In one comment, she stated:

“So today I noticed a Self-Sufficiency client getting into a newer BMW. What am I doing wrong here? I think I need to quit my job and get on TANF.”

In response to comments from her friends, she followed up:

“Almost every client home I go into has a gigantic flat screen tv. I ask how they paid for it, and it’s usually with their tax returns….yet they don’t pay taxes!”; and (2) “You should let me know when you send people to jail and I can get their ‘benefits’ turned off.”

In another post, she elaborated a bit on her thoughts about public assistance, child-rearing and the welfare system:

was listening to the radio and they were making up rules for society. Here are my rules: (1) If you are on public assistance, you may not have additional children and must be on reliable birth control (e.g. an IUD), (2) If you’ve had your parental rights terminated by DHS, you may not have more children….it’s sterilization for you buddy! (3) If you are on public assistance and don’t pay taxes, you shouldn’t get taxes back from that child tax credit[,] (4) If you are on public assistance, you may not own a big flat screen television, (5) If you receive food stamps, you should be limited on what you may purchase (no more ribeye steaks, candy, soda, chips, etc), (6) If you physically abuse your child, someone should physically abuse you, (7) I should be president so I can make up more rules, (8) If you don’t like my rules, too bad. I have a Ph.D. and you don’t so I get to make up my own imaginary rules. [emphasis added] [Venkat’s comments: perhaps in light of this case, “as a public employee, your online posts can come back to haunt you” deserves a spot on this list..]

These comments came to the attention of the human resources manager. The manager held a “fact-finding” meeting with Shepherd and her union representative. She was placed on administrative leave and ultimately terminated. She brought a lawsuit alleging that her termination violated her First Amendment rights.

The court sets forth the familiar steps for resolving a public employee’s First Amendment retaliation claim. Even assuming Shepherd’s posts were on matters of public concern and she made them in her capacity as a private citizen (where the balance would tip most in favor of the terminated-employee), her employer had an adequate justification for her termination.

The employer had testimony from two lawyers who regularly worked with Shepherd, both testifying that the Facebook comments “permanently compromised” Shepherd’s future credibility as a witness. Both lawyers said they felt they would need to disclose her comments to opposing counsel in every single hearing. As a result, the lawyers believed her Facebook comments would prevent them from calling Shepherd as a witness, or at a minimum would put her credibility in question with the court, opposing counsel, and other members of the system. Shepherd countered that the lawyers in question were not authorized to make these determinations, and that people who were in a supervisory authority to these lawyers still trusted her and offered a contradictory opinion to these lawyers, but the court says this is irrelevant. To justify a termination, the employer need only show that it engaged in a reasonable investigation and had a good faith basis for its perception of the effect of the employee’s speech. While plaintiff had qualms with the conclusion the employer reached, she had a tough time arguing that the employer’s investigation was unreasonable.

In closing, the court also says that plaintiff’s privacy settings were such that the statements in question were viewable only by a limited audience. Granted, this audience could further share the comments, but the fact that the statements were not distributed to the general public or the media meant that the speech was at the periphery rather than at the core of the First Amendment. The court also notes that plaintiff’s post-hoc characterization of the posts as weighty comments on matters of key public importance is at odds where her own characterization of the posts as “humorous and ironic” and “jokes”.

Ouch. This is pretty much a textbook case of an employee’s rant justifying disciplinary action or termination.  Anyone who participates in any way in the judicial system should know that their online comments will be mined by an opposing party, so caution is warranted. The comments of the two lawyers regarding the problems the Facebook posts may cause should be required reading for participants in the legal profession who happen to mix personal and professional online worlds.

As with other cases, a litigant’s privacy settings are used against her. Ostensibly she could have argued that since her post was only viewable by a limited group of people, the employer’s fears of disruption were unwarranted. Not only was this a tough claim to make on the facts (since the employee was friends with a wide range of people, including lawyers and at least one judge), the court focuses on the fact that the limited nature of the audience is indicative of the lower social value of the speech in question.

This is not a particularly surprising outcome. The only surprising thing is people’s proclivity to post stuff online that can come back to haunt them.
___

Eric’s Comments: Work-related social media outbursts are frustrating to all employers, but they are especially problematic for public employers. If DHS ignored Shepherd’s posts, future parents who lost their children would have sued the agency for their failure to control Shepherd’s biases. Compare Espinoza v. Orange County. But if DHS did fire her, it knew it would get sued (that’s probably why DHS wrote an 11 page termination letter). Compare Bland v. Roberts. Once Shepherd posted these remarks to Facebook, the DHS had no good options.

This is especially true when professionals who society entrusts with helping kids say edgy things online, even in partial jest. I’m reminded of the Yoder case, where a nursing student called her patients’ babies “creeps” and got expelled by the school. Here, the idea that a social worker might make decisions affecting children based on her own arbitrary ruleset is outrageous, even if it’s “just a joke.” The DHS simply could not ignore these posts.

To me, the real question is how these professionals can blow off steam. I can’t imagine how stressful being a CPS worker must be, and we can’t expect CPS workers to bottle up the emotions generated by their job–nor would we want them to bottle things up. Unfortunately, social media isn’t a good place to vent for these professionals because of the digital trail it generates, even if such remarks made orally among a small group of friends over a few brews would be inconsequential because no one would ever know. So perhaps we need to help CPS workers think about better/offline ways to make edgy “jokes” about their incredibly stressful jobs without limiting their career prospects.

Venkat’s Sur-reply: No doubt about it, the DHS had little choice. At best, her posts pose the threat of disruption in litigation and at worst could expose DHS to liability down the road. I’m also sympathetic to a CPS worker’s need to blow off steam from his or her job (admittedly, the tenor of her “rules for society” probably diminished my sympathy slightly). An app like Snapchat is probably an imperfect alternative. Maybe when it comes to workplace venting, we should consider going old-school?

Other coverage: “Another Facebook Firing is Upheld” (Molly DiBianca)