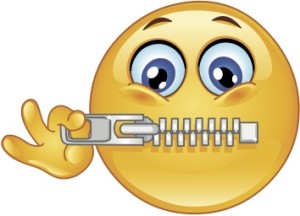 Guevarra worked as a staff nurse at Seton Medical Center for 12 years. In mid-May 2011, shortly before she went to work, she posted the following Facebook post:

Instead of spending my birthday celebrating, I will be working all night cleaning up feces. I loathe that effin heffer!!! Burn in hell you effed up spawn of satan. I curse you and wish you a lifetime of pain and suffering. That is not enough, right now I would give anything you small you down and pound you to unconsciousness. ‘Tang ina* mo!!!!!

Thanks to the effin heifer who royally effect up my schedule, not only am I working Mothers Day, my birthday and my anniversary. And this Friday, I will be getting the smallest paycheck I had in 12 years due to the 17 percent pay cut we had to endure.

A co-worker who was Facebook friends with Guevarra shared the post with Seton, who called the police. Although Guevarra had previously received no reprimands or prior warnings, the next day she was terminated.

Guevarra sought unemployment. An initial administrative determination found her eligible for unemployment, but an ALJ reversed, finding that her Facebook rant disqualified her for benefits. The ALJ said that her statement violated Seton’s policy prohibiting “threatening, intimidating, coercing, harassing, [and] using abusive language or behavior.” The ALJ distinguished this from a “single hot-headed remark.” Instead, it was a statement disseminated to a “broad audience” which included co-workers.

Guevarra tried to appeal the ALJ’s ruling but ran into some procedural snafus. Among other things, she failed to name her employer (Seton). She then sued Seton in state court, asserting a variety of claims. The bulk of these were dismissed on summary judgment. After a bench trial, the remaining claims were also dismissed. The court said that Guevarra’s post was a credible threat of violence, and she wasn’t whistleblowing.

That brings us to Guevarra’s present lawsuit, asserting claims against the California Unemployment Insurance Appeals Board, its chairman Dresser, and Seton. Predictably, these claims fail as well. Her claims against the CUIAB and Dresser are a thinly-veiled appeal over the state court ruling, and in any event both CUIAB and Dresser enjoy immunity.  Her breach of contract claim against Seton is barred by her failure to exhaust her available grievance procedures. Finally, the court says, with respect to her claim under the California constitution, that the California state constitution does not provide a cause of action against private employers.

Another example of someone engaging in what ten years ago would have been a throwaway rant to a co-worker over coffee or a beer, but now that it’s posted online and can be shared to a broader audience, including co-workers and bosses, leads to with fairly severe consequences. As with other similar cases, the fact that the post was shared to a group of “friends” does not afford the employee any cover. Seton surely should be within its right to fire her, although (1) she’s close to complaining about her employment conditions, and you wonder how this would resolve under NLRB rules (to the extent they are applicable), and (2) Seton was likely over-reacting given that it called the police in response to her tweet.

Unfortunately for her, she doesn’t get unemployment benefits, notwithstanding the initial determination that her post wasn’t really misconduct “connected with work” in any way. We’ve seen at least one other case where someone was denied unemployment benefits due to a social media rant, so this is not an entirely surprising conclusion. See Employee’s Twitter Rant Means He Doesn’t Get Unemployment Benefits–Burns v. UCBR.

I don’t know what else there is to say. Otherwise satisfactorily-performing employees are increasingly in hot water due to social media postings. It doesn’t make sense to restrict employers in how they deal with these instances, but the result does seem somewhat harsh from the employee standpoint.

[* Urban Dictionary was somewhat inconclusive on the translation for tangina. We’ve previously addressed the “heffa”/heffer epithet.]

UPDATE: See our more recent post on a similar case: More Proof That Facebook Isn’t The Right Place To Bitch About Your Job–Talbot v. Desert View