[Eric’s introductory note: this guest blog post comes from my colleague Stephen Diamond. You may have seen that last week the Kansas Board of Regents adopted a “social media use” policy for faculty members, which sadly represents the kind of ill-considered social media freakouts/exceptionalism we’ve covered often on the blog. Steve explains other problems with the move:] 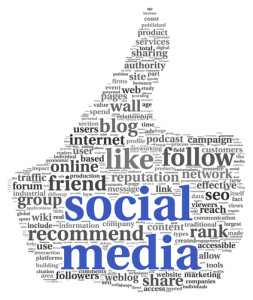 A recent decision to penalize the use of social media by the Kansas Board of Regents, a nine member public body with broad supervisory authority over the state’s public colleges and universities, has triggered a charge that the Regents are in violation of the academic freedom enjoyed by Kansas university faculty by the American Association of University Professors (AAUP).

The AAUP stated that it “condemns this policy as a gross violation of the fundamental principles of academic freedom that have been a cornerstone of American higher education for nearly a century. Not only faculty, but students and the general public benefit from the free exchange of information and ideas that are at the heart of the academic enterprise, whether conducted orally, in print, or electronically. We urge the Regents to revisit this decision, to repeal this ill-advised policy, and to work with elected faculty representatives to develop a social media policy that protects both the legitimate interest of the university in security and efficiency as well as the paramount interest of faculty and students in the unfettered exchange of ideas and information.”

The policy change was widely seen as a reaction to a recent controversial “tweet” by a member of the faculty at the state’s flagship University of Kansas (KU) campus in Lawrence, Kansas. That tweet was posted by KU Journalism professor David Guth in the wake of the shooting incident at the Naval Yard in Washington, D.C. earlier this year. The tweet was critical of the National Rifle Association.

Guth apologized for the tweet but was nonetheless removed from his teaching responsibilities and placed on paid leave in the wake of the controversy the tweet caused in a move that was seen by many KU faculty as a violation of his right to free speech. Guth will not be allowed to teach this spring but will be eligible to do so in the fall of 2014.

Several state legislators called for Guth to be fired and threatened to withdraw support for the University’s budget if he was allowed to continue as a faculty member.

The Regents’ move came as a surprise and was made over the objection of faculty leaders who noted the decision was made without consultation with faculty or even University administrators. The KU Chancellor told the press she was “not familiar” with the policy and that it was generated by the Regents. The KU Provost, Jeff Vitter, who was responsible for implementing the discipline of Guth, warned the Regents “You are potentially walking into a dangerous situation.”

There is, on paper at least, a strong commitment to academic freedom at KU. The campus faculty handbook states:

Academic freedom encompasses freedom of research and publication, freedom of discussion in the classroom, and freedom to speak as citizens. The Kansas Board of Regents and the University have adopted the American Association of University Professors (AAUP) Statement on Academic Freedom and Tenure. Academic freedom for faculty and staff is also protected by the Faculty Code….

While the new policy is intended to provide “guidance” regarding the use of social media, according to Regents’ Chair Fred Logan, it also hands the CEO of any of the state’s universities new authority “to suspend, dismiss or terminate from employment any faculty or staff member who makes improper use of social media.” Both “social media” and “improper use” are defined so broadly that the AAUP warned of the policy’s chilling effect on academic freedom.

The AAUP statement said, in part:

[F]aculty members at Kansas universities face a truly frightening prospect. If they seek to communicate opposition to this policy — or to any other policy — via electronic media, under the policy itself they risk being suspended or terminated for acting ‘contrary to the best interests of the University,’ or for ‘impairing discipline by superiors [administrators] or harmony among co-workers.’

The AAUP reports that one brave faculty member, Kansas State University professor Phil Nel, wrote on his blog (at the risk of being the first victim of the new policy): “I understand why the Kansas Board of Regents would want to encourage responsible use of social media. However, I find it harder to understand how a body that oversees an educational system designed to foster free and open exchanges of ideas would seek to impede free and open exchanges of ideas.”

The Regents’ Chair, Fred Logan, states the new policy was vetted by the Kansas Attorney General and did not violate faculty members’ free speech or due process rights. That conclusion seems to be based on a mistaken application of the US Supreme Court opinion in Garcetti v. Ceballos (2006). Garcetti states that public employees speaking as part of their official duties do not enjoy absolute free speech rights and may face disciplinary action.

The Court, however, explicitly recognized that expression by faculty required a different analysis that was not reached in Garcetti. Despite this admonition, the AAUP fears that several lower court decisions in the wake of Garcetti fail to recognize this carveout. They filed an amicus brief in Garcetti and have begun tracking the impact of the decision.

The Ninth Circuit, at least, has not been willing to ignore the Garcetti carveout. In a recent 3-0 decision the court overturned the grant of summary judgment against the claims of retaliation and improper discipline by a tenured Washington State University professor who had published (online and in print) a report critical of plans to restructure his academic department. The court held that the older and more broadly protective Pickering v. Board of Education, 391 U.S. 563 (1986), case applied, not Garcetti. However, WSU has now requested an en banc hearing from the Ninth Circuit and, in light of what some view as a split among the circuits on this issue, this case or another similar one may reach the Supreme Court itself.

Eric’s comment: social media has emerged as one of the key ways that professors evangelize their works to the public and engage their scholarly community. Not only is it illogical to develop a loosely worded social media policy that tries to cleave social media from other communication media, but it’s also almost certainly counterproductive to the university’s academic and reputational interests to the extent it inhibits professors from communicating via social media.
_____

* Hyundai Gets a Pass from the FTC on Endorsement Issues, in Part Due to Its Social Media Policy