I know, Internet jurisdiction cases are typically blah, but this was more interesting than most. Still, I’ll keep this post brief. 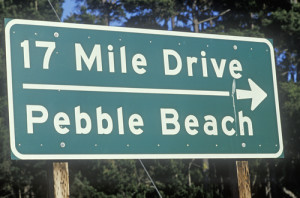 To overcome these challenging facts, the Rockes argued that the Pebble Beach Resort could be sued in Pennsylvania because it’s a Google Adwords advertiser. This argument goes nowhere:

By purchasing AdWords, Pebble Beach (like many other businesses utilizing the same marketing technique) seeks to make itself more visible to anyone in the world who searches Goggle [sic, though this is a typo I see regularly] using certain keywords or search terms. Purchasing general AdWords does not render Pebble Beach any more “at home” in Pennsylvania than it would be in any other state or in any other country. Moreover, Plaintiffs have presented no evidence that Pebble Beach purchased Pennsylvania-specific AdWords in order to solicit Pennsylvania business….Thus, the mere fact that Pennsylvania residents are potentially swept up in the broad ocean of people to whom Pebble Beach is advertising through AdWords is not even direct a contact, much less continuous and systematic one.

I’ve occasionally seen other AdWords-and-jurisdiction cases before (cf. Market America v. Optihealth), but I don’t recall such a clean rejection of an AdWords basis for jurisdiction. Here, the court correctly concludes that AdWords advertising is equivalent to running a print ad in a national magazine. The advertiser didn’t treat Pennsylvania differently from any other state in terms of directing where the advertising goes.

Citing CollegeSource v. AcademyOne, I think the court also correctly left open the possibility that an Adwords advertiser who uses Google’s geographic targeting might face a different legal conclusion–though, at most, only with respect to specific jurisdiction. I still don’t see how advertising alone can create general jurisdiction. As I teach in Internet Law, courts will consider the full range of geographic knowledge the defendant has about its business dealings. An advertiser’s decision to use Adwords’ geographic targeting increases the geographic knowledge of the advertiser, which could, and perhaps should, have some bearing on the Internet jurisdiction question.