How To Get Your Clickthrough Agreement Enforced In Court–Moretti v. Hertz 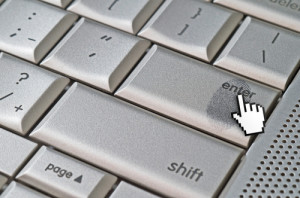 So, by now, you know that if you want an enforceable online agreement, you need to implement it as a mandatory clickthrough. With that settled, it’s time to address an advanced topic: what evidence can you offer a judge to uphold your clickthrough when plaintiffs challenge the mechanical aspects of its implementation?

I recently addressed the evidentiary question in my post about JDate’s member agreement. The plaintiff alleged that she remembered agreeing to a different venue selection clause than the one invoked by JDate. In response, JDate introduced:

This evidence was sufficient to get JDate’s venue selection clause enforced in a motion to transfer.

It is undisputed that Plaintiff used the Hotwire website on December 15, 2012 to book his car rental for Mexico. Plaintiff argues that Defendants have not met their burden to demonstrate that he agreed to the forum-selection clause contained in the Terms of Use. Specifically, Plaintiff alleges that Hotwire may have made a false representation in his access to the Terms of Use and argues that perhaps the hyperlink was not functioning properly at the time Plaintiff made his purchase. Defendants have produced two declarations from employees at Hotwire: (1) Sarah Bernard who at the operative time was the Vice President of Product Management for Hotwire; and (2) Jacob Aaron Joachin Hadary who was the Lead Product Manager for Hotwire during that time. Bernard and Hadary affirmatively state that the Terms of Use in operation during the December 2012 time frame included a forum-selection clause. Hadary declares, and corroborates Bernard’s declaration, that an individual using the Hotwire website cannot complete a booking without checking the “Acceptance Box” acknowledging the acceptance of “Hotwire’s terms and conditions and other applicable rules.” Hadary confirms that this requirement has been in place since 2005. Plaintiff confirms that he completed his booking through the Hotwire website which indicates that he checked the Acceptance Box. The language in the Acceptance Box shows that even though the terms were provided by hyperlink Plaintiff acknowledged accepting the “terms of use and Hotwire’s” rules. The Court concludes that, in the absence of an affirmative denial from Plaintiff that he did not in fact check the Acceptance Box and clear evidence that Plaintiff could have not otherwise completed his car reservation, Plaintiff had notice and consented to the Terms of Use containing the forum-selection clause. The Court finds that the parties agreed to the forum-selection clause contained in the December 2012 version Terms of Use and it is therefore valid.

I don’t understand why the court suggests that the plaintiff’s denial of checking-the-box would be relevant. Every plaintiff trying to defeat an online user agreement will make that denial, true or not. I believe a plaintiff should have to offer more rigorous/less self-serving evidence if it wants to legitimately rebut Hotwire’s evidence enough to create a meaningful factual dispute.

Either way, this ruling reinforces that simply having an airtight clickthrough agreement isn’t enough. You also should have a reliable chain of evidence to show (1) the agreement’s terms on any specific date, and (2) what user interactions were technologically required to manifest assent on that date. You should also assume that you’ll need to be able to introduce this evidence even if all of the relevant employees have gone elsewhere by the time the matter gets into court.