[Note: I wrote this as a preview to the oral arguments at the Supreme Court. I wasn’t sure how to read the tea leaves from oral arguments, but Rebecca thinks the justices asked harder questions of Coca-Cola than of Pom.]

Like most consumer packaged goods, the fruit juice industry is highly competitive. To gain an edge with consumers, juice manufacturers can be tempted to make aggressive or questionable claims about their juices. But if a juice’s name or label goes too far, what legal recourse should be available? Should rivals be able to sue for false advertising under the federal Lanham Act? Or should the government’s regulatory agency, the Food & Drug Administration (FDA), have exclusive regulatory authority over food names and labels? Today, the Supreme Court will hear oral arguments on this issue, and the court’s answers could have important implications for both consumers and food and drink manufacturers. 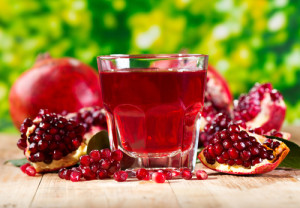 The lawsuit pits Pom Wonderful against Coca-Cola. Pom built a large and successful empire on pomegranate juice, but it has also encountered more than its share of legal scrapes over its health claims. Perhaps trying to compete with Pom, or at least capitalize on consumers’ heightened interests in anti-oxidants, Coca-Cola’s Minute Maid brand rolled out a “Pomegranate Blueberry” juice offering (what Coca-Cola calls a “Pomegranate Blueberry Blend of 5 Juices”). To reinforce its anti-oxidant appeal, the juice labeling includes the words “Pomegranates” and “Blueberry” in large fonts with photos of each fruit.

In the Food, Drug, and Cosmetic Act (“FDCA”), Congress tasked the FDA with developing food and drink name and labeling regulations and enforcing violations. Left unclear is whether the FDA’s regulatory authority is exclusive, meaning only the FDA can make the rules governing food and drink names and labels, or if other general-purpose laws such as the Lanham Act’s false advertising provisions also apply.

In practice, the answer to this question will determine the level of enforcement activity for food names and labels. If the FDA has exclusive enforcement authority, then food and drink name and label violation enforcements will be rare due to the FDA’s limited bandwidth. Alternatively, if the Lanham Act overlays the FDCA and its regulations, then competitors like Pom can challenge their rivals, and we can expect more vigorous litigation as competitors beat up on each other in court.

Coca-Cola’s position is that Congress intentionally gave exclusive regulatory authority to the FDA so that manufacturers could rely upon a single, nationally uniform, legal standard about food names and labels. Pom’s position is that the FDA rules provide a legal floor for food and drink manufacturers, but other legal rules, such as the federal false advertising laws, can require manufacturers to do more than the FDA’s minimum. Thus, Pom argues that Coca-Cola is deceiving consumers under the cover of inadequate FDA regulations, and Pom will protect consumers if it can sue under federal false advertising law; while Coca-Cola argues that lawsuits like Pom’s threatens to create anarchy for food and drink manufacturers by creating multitudinous and possibly inconsistent labeling obligations.

The United States government (through the Solicitor General) took a more nuanced position that the FDA has exclusive regulatory authority only to the extent that FDA rules “specifically require or authorize the challenged aspects” of the label. This compromise position may sound appealing to the Supreme Court, but it creates plenty of room for future litigants to disagree in court about the scope and interpretation of FDA regulations.

This lawsuit only applies to manufacturers’ claims in their names and product labels, not other forms of advertising. Competitors and consumer class action lawyers are already finding plenty of source material for false advertising litigation in food and drink manufacturers’ ad copy, so we’ll still see plenty of courtroom action regardless of what the Supreme Court decides.

Nevertheless, this case highlights a consumer dilemma when products aren’t advertised (or advertising doesn’t repeat any challenged claims in the name/label). Either consumers may pay a premium for juices that sound fancy but are really just 99%+ garden-variety juice, or consumers may pay more across-the-board as rival food and drink manufacturers find new reasons to engage in new and costly litigation armageddons. Given these alternatives, even Solomon himself probably couldn’t find an outcome that gives consumers a clear victory.