The status of kids’ ability to form contracts via online terms of service was somewhat uncertain over the last several years, with a few Facebook-related rulings raising questions. A group of minor plaintiffs who opted out of the Fraley v. Facebook Sponsored Stories settlement brought suit for violation of their publicity rights under an Illinois statute. 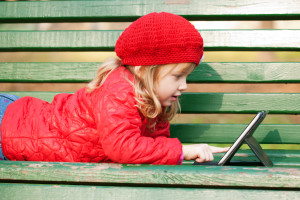 A recent ruling shuts out their claims, and gives some clarity to the online contracting landscape for minors.

The key question in front of Judge Seeborg was whether the contract at issue between minors and Facebook — essentially granting a publicity rights release –- was one of the narrow types of contracts with minors that were void, or if the contract was merely voidable under California Family Code 6701, et seq. Section 6701 sets forth certain exceptions to the general rule of contract voidability for minors—i.e., a minor cannot:

Plaintiffs tried to rely on subsections (a) and, as a fallback subsection (c), but the court quickly rejects these as inapplicable. As to whether entry into a TOS is a delegation of power, the court says it is no more so than any ordinary contractual arrangement. Sure, Facebook has the right to do certain things with the minor’s image and likeness, but this isn’t the type of delegation the statute is intended to cover. Subsection (c)’s reference to property that is not in the immediate possession of the minor means that it doesn’t apply to licenses.

Given that the contracts don’t fit into any of these (narrowly construed) categories that would render the contract void, the Facebook’s contract with the minors is voidable, meaning that it’s valid until the minors decide to void it. Plaintiffs made no allegations that they had tried to void it. In fact, the minors in this case:

[did not] dispute that they continued to use their Facebook accounts long after this action was filed.

With the caveat that this is just a district court ruling, and plaintiffs will continue to attack these terms in far-flung jurisdictions, this is a very helpful ruling for Facebook in that it removes some uncertainty as to a big category of potentially lucrative users: users who are old enough to not pose COPPA-problems but those who haven’t yet reached the age of majority. Networks for the most part took a don’t-ask/don’t-tell type of approach with this group, but were hesitant to enter into deeper economic and legally uncertain relationships. (The litigation over in-app purchases serves to illustrate why these relationships can be challenging for networks. See In re Apple In-App Purchase Litigation. Facebook is also involved in a similar dispute, which is pending.)

One possible downside for networks and silver lining for minors: the right of dis-affirmance–that the plaintiffs failed to exercise here–could translate into a takedown right of sorts. It probably cannot be an effective tool to take down older content (see California’s minor “eraser law” for something that could come into play here), but it could certainly turn into a hassle for networks when it comes to continued ability to exploit content from a minor’s account. From a logistical standpoint, perhaps networks will simply decide that it’s easier to remove all content from a disaffirming minor’s account?

Eric’s Comments: I think this is a significant ruling. The court says three important things:

1) the TOS is enforceable against minors until they void it. This is a big win for all online services, not only Facebook.
2) the only way minors can void the contract is by terminating their accounts. In some cases, litigious minor users will be happy to do that, but a site with strong lock-in effects like Facebook is relatively immune from widespread terminations.
3) The termination only applies to future activities, not past activities. So Facebook’s agreement protected Facebook’s Sponsored Stories usage prior to voiding.

This ruling isn’t limited to Facebook. It should apply to all online services (at least those governed by California law). This means that, as a starting point, minors will be bound by the risk allocation provisions in a website’s user agreement until the minors terminate the agreement, and that termination will not eliminate the risk allocation provisions for issues prior to termination.

This ruling isn’t entirely unprecedented. It’s consistent with the AV v iParadigms case from a few years ago. That case is noteworthy because it indicated that the kids couldn’t terminate the copyright license when they tried to void the contract (because the contract was “complete”). Thus, it’s possible that minors couldn’t force Facebook to remove the already-posted content by voiding the user agreement. Instead, they would be channeled to California’s terrible online eraser law, which may or may not permit their deletion depending on how service providers and the courts interpret its pathetically sloppy language.