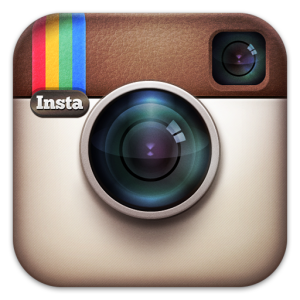 Instagram revised its terms of service in December 2012. The revisions (1) stated that Instagram was disclaiming “ownership of content” posted by users, as opposed to disclaiming “any ownership rights in content” posted by users; (2) broadened the scope of the license granted by users to allow Instagram to sublicense user content and do so without restrictions; (3) added a liability waiver; and (4) added an arbitration provision. Instagram provided users with advance notice of the changes, letting users know on December 18, 2012 that the new terms would go into effect in a month (on January 19, 2013).

Rodriguez (the plaintiff), continued to use Instagram following January 2013, although she opted out of the arbitration provision. Her predecessor plaintiff (for whom she later substituted in) filed a lawsuit in federal court, but Judge Alsup dismissed that lawsuit for lack of federal jurisdiction. Judge Alsup’s dismissal was without prejudice to plaintiff’s attempt to file in state court, and Ms. Rodriguez pursued that avenue. She asserted claims for breach of the duty of good faith and fair dealing and violations of California’s unfair competition law. Her claims failed.

Instagram’s unilateral change does not violate the duty of good faith: In resolving Rodriguez’s breach of duty of good faith claim, the court and the parties focused on a case involving a bank’s attempt to add an arbitration clause into a customer agreement by providing notice in a mailer with the monthly bill. A California appeals court held (in Badie v. Bank of America) that because the bank tried to exercise a unilateral right to modify an agreement on a topic that wasn’t addressed in the original agreement, its attempt to modify the contract breached the duty of good faith. That court also held that waivers by the bank’s customers of the right to a jury trial were ambiguous, and therefore ineffective, because the bank did not provide conspicuous notice.

Citing to other federal courts that distinguished Badie on the basis of customers’ realistic ability to review the revised agreement and exercise a meaningful opt-out, the court says that the revised Instagram terms were not foisted on plaintiff. In fact, Rodriguez could have simply stopped using the service but chose to continue to use it. (Although the court does not mention it, I think her act of opting-out of the arbitration clause was also persuasive evidence of her choice in the matter.)

Rodriguez made two arguments, neither of which got any traction with the court: (1) she allegedly rejected the new terms by filing her federal lawsuit, and (2) the “persistence” of her content under the new license terms constituted a breach of the duty of good faith. As to the first argument, the court notes that she continued to use the site and avail herself of its benefits. Filing a complaint, while perhaps a creative attempt to “reject” proposed revised terms, had no legal basis. With respect to the persistence of content, the court says that this is consistent with the new terms, but not inconsistent with the old terms as well.

Finally, the court says that there are damages problems with her claims. She argued that Instagram’s imminent plans to sublicense her photos denigrated her valuable property rights, but the court says plaintiff’s agreement to the new terms precludes this damages argument.

Plaintiff’s UCL claims also fail: The court also rejects her UCL claims, saying they are basically a rehashed version of the contract claims. Rodriguez also argued that Instagram should be estopped from changing its terms of use, but the court says:

Plaintiff could not possibly have had a reasonable expectation of perpetual use of Instagram’s service under the Original terms, in which Instagram expressly claimed the right to modify the terms on notice or terminate service for any reason without notice.

Applicability of Instagram’s revised terms to old content stinks. If you opt-out of a service due to undesirable changes to their terms of service, you should be able to take your old content with you, or at least prevent a network’s use of such content under newly-imposed terms. However, that issue wasn’t teed up in this case. As the court notes, not only did plaintiff continue to use the service (and not opt-out) her supposed fears regarding misuse of her content had not come to pass, as imminent as she thought they may have been. (As a sidenote: the terms of service changes were in part driven by proposed advertising usage of user photos within the Instagram ecosystem (to avoid a lawsuit similar to the one Facebook faced over sponsored stories), rather than use of the content outside the ecosystem. The broadening of the scope of the license to user content always seemed like a protective measure to me, and somewhat of a red herring.)

As flaky as Rodriguez’s claims were, they got at an actual problem in Instagram’s contracting process. Instagram included a provision in the agreement that “it reserve[d] the right, in [its] sole discretion, to change [its] Terms of Use from time to time”. Instagram also changed its terms of service for existing users without using a leakproof clickwrap implementation and changed its terms in a backward looking way as to users who may have never agreed to the new terms. All of these approaches have encountered contractual roadblocks in court, most prominently in cases such as Zappos and Harris v. Blockbuster. (As best as I can recall, existing users were not required to click “I accept” to signify their assent to the revised agreement. Instagram simply relied on the fact that it provided notice and anyone who continued to use the site would have impliedly agreed to the terms.) So what happened here? Perhaps the answer was that plaintiff alleged in the complaint that she continued to use the service and was thus clearly aware of the revised terms. The court does not dive into the notice issue, but presumably, it was provided in a way that any user who logged-on after January 19, 2013 would have to have encountered Instagram’s message regarding its revised terms of service. The fact that Instagram is a log-in service as opposed to a website makes it easier for Instagram to provide and track notice. As to how the case would have turned out if it was brought by Instagram users who ceased using the service but whose photos were exploited in a manner that they did not envision, that may be a different story. Given the lack of material differences in the two iterations of the terms of use I don’t know that this is posed a practical risk, but it’s something worth noting.

Two other questions that this ruling bring to mind: (1) is there some duty of good faith limitations as to what types of contractual changes a site or network can implement, or is notice and a meaningful opportunity to opt-out mean that any changes are fair game and (2) did Instagram’s advance notice cause it to avoid the Blockbuster/Zappos issue? [Eric takes a look below and offers thoughts on these issues, and also flags that Instagram’s terms of service rev may not be kosher with the FTC.]

We are pleased with the court’s ruling dismissing all claims with prejudice. This ruling reinforces that online companies must be able to evolve their terms to keep pace with the services and innovations they provide to their users.

This ruling is a big win for Instagram/Facebook and other user-generated content sites. It indicates in pretty strong terms that websites can (A) include unilateral amendment clauses in their user agreements, (B) actually take advantage of those clauses without forcing users through a mandatory non-leaky clickthrough for the amendments, and (C) apply the new terms to already-collected content, not just prospectively towards future content added. If that were truly the state of the law, it would be every UGC website’s dream. Sadly, I don’t really believe this opinion supports that broad conclusion.

First, as Venkat notes, it has a number of factual quirks that don’t fully extrapolate to the more common litigation scenarios.

Second, this ruling conflicts with the Blockbuster/Zappos rulings; and I’m not even sure it’s consistent with the 9th Circuit’s Douglas case. I assume the court and the parties spent so much time on the analogous bank case, rather than the directly applicable website cases, because the bank case was state court precedent and the other cases are in federal court. Still, Facebook’s lawyers clearly did a great job convincing the judge to bypass the pretty obvious adverse precedent.

Third, the FTC doesn’t agree with this conclusion. The FTC has made it quite clear it doesn’t believe that a website can retroactively amend terms to content that’s already been collected. So even if the next class action lawsuit could be defeated, the FTC won’t care.

Fourth, Facebook scored a lucky draw when this case got assigned to Judge Curtis E. A. Karnow. Before he came on the bench, Judge Karnow was an Internet lawyer in the Bay Area, and he wrote extensively on the topic (see, e.g., this thought piece). When he was in practice, I assume he advised Internet clients on how to do what Instagram did. It’s exceptionally rare to get a state trial court judge with such a deep first-hand understanding of Internet law; those judges typically come up through the criminal prosecutor ranks. I don’t think a judge with a different background–the far more likely scenario in the next case–will be quite as understanding of Instagram’s anti-consumer changes as Judge Karnow was.

This is a long way of saying that the opinion is an interesting read, but I don’t think it’s likely to be a watershed change in the law. As a result, my position remains the same:

if you are providing ongoing services to users and you want to change the deal with them, then you need to amend the existing agreement. Unfortunately, there is no reliable legal way to do so other than to require users to click through the new terms–an imperfect solution because many existing users never come back to the site, and other users will balk at the request. And worse, any failed amendment creates a variety of legal vulnerabilities, so you need an airtight amendment implementation.

Thus, to develop a legally effective contract amendment process, you should brainstorm with your attorney about creative solutions that provide flexibility without breaking the law or undermining your contract. Or, just accept that you can never materially change the contract terms for users who have signed up under a different deal. You might be surprised how little that limits you in practice.