Lisa Zaltz is a former member of JDate (a property of Spark Networks).  She is unhappy with JDate for a laundry list of reasons (I had a hard time deciphering her complaint).  She sued JDate in her home court in New York.  JDate invoked the venue selection clause in its member agreement (its “Terms and Conditions of Services”), which required disputes to be litigated in Spark Networks’ home court in Los Angeles.

When websites follow standard industry practices, courts typically enforce websites’ user agreements when challenged in court.  (To see what happens when a website deviates from best practices, review my discussion about Zappos’ user agreement).  Fortunately for JDate, their contract held up in court as well.  It’s worth taking a look at the court opinion’s to see what JDate did right.

To form the member agreement, JDate presented it “on the same screen as the button a prospective user must click in order to move forward in the registration process.”  The “reference to its Terms and Conditions of Service appear[s] above the button.”  In addition, prospective members had to check a box stating “I confirm that I have read and agreed to the Terms and Conditions of Service,” where the terms were hyperlinked.  Thus, the court notes that Ms. Zaltz took two steps (check the box, then click the button) to acknowledge her assent to the member agreement and complete her registration.

This process surely sounds familiar, because it’s consistent with industry-standard practices used throughout the web.  I call an implementation like this a “mandatory non-leaky clickthrough agreement.”  This means that all members must go through a process where they assent to the contract before completing registration, and members indicate their assent by clicking-through the page while being told that clicking indicates assent.  Numerous other courts have said that it’s fine to link to the contract terms from the registration page instead of displaying them on the page (see, e.g., Fteja v. Facebook), and the additional step of requiring users to check a box before they click through the page is legally helpful though not mandatory.  This court says it’s immaterial Ms. Zaltz had to scroll through the member agreement to find the venue selection clause. 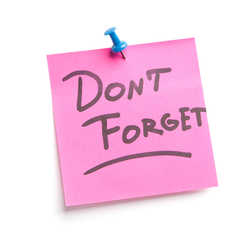 Even though JDate properly formed the agreement, Ms. Zaltz disputed what the contract said.  She claimed:

This superficially creates a he-said/she-said dispute.  JDate claims she agreed to sue in Los Angeles; she says she didn’t.  Now what?

On this basis, JDate successfully transfers the case to its home court without a mini-trial on what contract terms governed Ms. Zaltz’s case.

What went right for JDate?  Their courtroom success started with its solid online contract formation process.  In addition, JDate convinced the judge that it had tracked all of the contract amendments over the years and the provision in question remained constant during all relevant times.  This is a reminder that websites must keep accurate and detailed records of each and every iteration of their member agreement, both the exact wording as well as the exact dates the wording was online.  If this process is managed properly, websites can provide the court with credible evidence about what terms any particular user agreed to, and this should be sufficient to negate the need for further judicial inquiry even in the face of a plaintiff’s vague recollections.

What could Ms. Zaltz have done differently?  If she had preserved a copy of the member agreement that she entered into, she could have won in court if it supported her recollection.  (It’s doubtful JDate ever designated a litigation venue other than its home court, so the judge probably was skeptical that Ms. Zaltz’s asserted version of the contract ever existed).  However, very few of us keep copies of standard form contracts we agree to, whether offline or online; and many of us agree to dozens of online contracts a year, so preserving all of those contracts would be a hassle.  Otherwise, sometimes archival versions of online contracts can be found at the Wayback Machine.  If not, then plaintiffs must rely on the website for a copy of the applicable contract terms, just as Ms. Zaltz had to do here.

Though JDate didn’t win this case yet, it’s clear Ms. Zaltz’s lawsuit will fail.  The court sardonically observes that “even if plaintiff’s claims might be difficult to sustain, it does not appear that they are “clearly doomed.””  “Not clearly doomed” is a fair distance from money in the bank.