Moses was involved in a dispute against Traton Corp., a home builder. Moses sued for trespass and lost. Later, he formed “Traton News LLC” and filed to register the “Traton” mark for news services. Moses operated traton.com and posted articles on a variety of topics: chess, a meteor shower, Star Trek and, of course, Traton Homes and Traton Corp.

Traton Corp. maintained its website at tratonhomes.com, but in an effort to correct the negative SEO from Moses’ postings, engaged a PR and reputation correction firm. 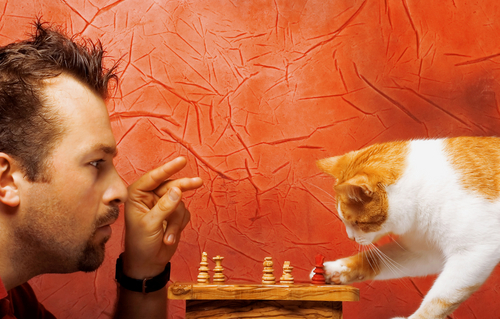 The SEO firm created and maintained a blog focusing on Traton and also registered a few other domain names, including tratonnews dot com and dot net.

The “browsewrap” for Traton News said that (1) the materials on the website could not be used for the benefit of Traton News, and (2) any user consents to jurisdiction and venue in Ohio “in all disputes arising out of or relating to the use of [the website].” The court says that the key question is whether the claims asserted by Traton News have a significant relationship to the use of traton dot com. Reviewing the claims, the court says that the claims in question turn on Traton Corp.’s use of its own domain names and whether those uses infringe on Traton News’ Lanham Act rights—in other words, the claims do not depend in any way on Traton Corp.’s access of Moses’ website. The court specifically rejects Moses’ argument that Traton Corp.’s access of traton dot com in the weeks prior to the launch of its own SEO-rehabilitative domain names establishes enough of a connection. The court also rejects the argument that Traton Corp.’s intent to siphon traffic from traton dot com establishes enough of a connection.

This decision can be contrasted with a decision in one of the Google Adwords cases where Google invoked its user agreement against a trademark owner that sued it (Flowbee v. Google). It’s probably relevant to disputes people may have with relatively ubiquitous entities such as Facebook. Those entities may think that including broad and favorable dispute resolution provisions in end user agreements can tip the balance in disputes with users, at least procedurally. (Cf. Facebook v. Teachbook, where Facebook’s lawsuit against Teachbook was dismissed on jurisdictional grounds and Facebook did not attempt to invoke the forum selection clause in its terms of service.) This case however shows that it may be easier said than done, and that courts may construe theses clauses restrictively. It’s possible the court’s interpretation was influenced by the fact that Traton News was obviously trying to game its EULA to gain the upper hand in an ongoing tiff, but it’s still useful precedent in other scenarios.

This is not the first time someone tried to game the contract formation process in cyberspace. Other notable players in this genre include Stebbins v. Wal-Mart (sending an email with onerous contract provisions and receiving a canned acknowledgment email does not result in a contract) and Internet Archive v. Shell (including onerous contract terms on a webpage accessed by a spider does not result in an enforceable contract as to those terms). In this case, the court did not address the threshold issue of whether Moses’ agreement was enforceable at all (it did not appear that he had implemented a leak-proof clickwrap agreement, as has been often recommended here–see Eric’s posts on Zappos and JDate), but that could have been another possible approach here. The court’s focus on the scope of the end user agreement seems preferable, and avoids having to wade into the “was a contract formed” quagmire.

Can A Spider Enter Into A Binding Contract?–Internet Archive v. Shell