Are Parents Liable For Their Children’s Online Pranks?–Boston v. Athearn

Dustin Athearn, who was 13, decided to “have some fun” at a “friend’s” expense. He did what any modern teenager does to poke fun at someone: he created a fake Facebook page in their name. Along with a friend Melissa, Dustin created an email address for his target, Alexandria Boston, and using this, created a Facebook account in Alexandria’s name. 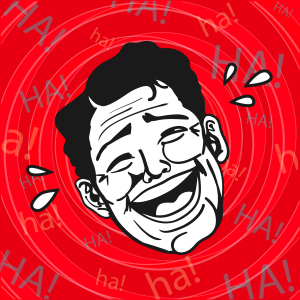 He used a picture he took of Alex for the profile photo, but altered it using a “Fat Face” application.

The fake profile then issued friend requests to many classmates, who accepted. Dustin and Melissa also posted items to the account while posing as Alexandria. Some of the posts were graphically sexual, racist, or otherwise offensive (and false).

Alex suspected that Dustin was behind this based on the profile picture Dustin used. Alex, along with her parents, approached the school principal. The principal investigated and suspended Dustin and Melissa for two days for their actions. Dustin’s parents were also informed. The parents disciplined Dustin by “forbidding him for one week from seeing his friends after school,” but otherwise did not take any action. Significantly, they did not force Dustin to remove the Facebook page, which stayed up for almost a full year following the suspension. The page was finally taken down after the Bostons filed their lawsuit. Alex sued Dustin and his parents. In the lawsuit, Dustin’s parents were granted summary judgment.

Parental liability for Facebook use: Under Georgia law, negligence of the child is not typically imputed to the parent. While the parent can be held liable under a “failure to supervise” theory, this duty exists where the child engages in conduct which poses an unreasonable risk of harming others. The key question is forseeabilty. The court says whether the activity posed an unreasonable risk is ordinarily a question for the jury. The parents argued that the unreasonable nature of Dustin’s conduct was not apparent until they received notice from the principal, and thus they shouldn’t be held liable for failing to supervise prior to receipt of the notice (at which point it was too late). The court says even assuming this is true, they had a continuing duty to supervise, and Dustin’s actions (i.e., the page) continued to cause harm even after receipt of the notice.

Landowner obligation to remove content on their property: The Bostons also argued that Dustin’s parents had an obligation to remove defamatory content that existed on their property. This argument fails. Setting aside the interesting question of where particular content is “exhibited,” the court says that there’s no evidence in the record that Dustin’s parents had the ability to remove the content in question. The court does cite to evidence in the record that the Bostons contacted Facebook and were advised that only the person who signed up could take the content down. For some reason this does not translate into an ability to remove the page on the part of Dustin’s parents.

So many interesting cases arise at the intersection of kids, fake Facebook profiles, and negative content. One wonders whether pre-Facebook/MySpace this dispute would have just lived and died in the hallways. On a related note, Dustin is lucky his local prosecutor did not take a look at this on a morning where he or she was feeling particularly zealous. Similar conduct has landed more than one minor in criminal trouble. [Eric’s comment: this looks like the kind of behavior regulated by California’s e-personation crime. And also see the In re Rolando S case, misapplying criminal identity theft law to an analogous situation.]

The court does not mention Section 230 here, and that’s one question this brought to mind. Employers have benefited from Section 230, with most courts saying they can’t be held liable for content their employees post online. (See Eric’s post on Miller v. FedEx that canvasses the cases, including Delfino v. Agilent.) This case on its face raises a Section 230 defense. The Bostons’ claim seeks to hold Dustin’s parents liable for content Dustin posted, the parents provided or enabled internet access, the claims seek to hold the parents liable as publishers or speakers. It’s unclear as to whether the Bostons could have gotten around it using some creative “failure to discipline” theory similar to the one a minority of courts (such as Espinoza v. County of Orange) have allowed.

The court’s resolution of the landowner’s obligation to remove property was wonky. This claim also raises a possible Section 230 issue (a variation on Blockowicz, where a plaintiff sought to enforce a takedown via an injunction on an absent party). Setting this aside, couldn’t the parents just have forced Dustin to remove or de-activate the page? It seems awfully hands-off to say that because someone contacted Facebook and was told that only the account-holder could take down the page, this meant that the parents did not have an obligation to do anything further.

Eric’s Comments: I agree with Venkat that this ruling raises more questions than it answered. There are operational questions, such as: Why didn’t the parents force Dustin to remove the page if they couldn’t do so directly? Why did it take Alexandria’s parents 11 months to get Facebook’s intervention? Under what circumstances can we treat bad online behavior as a real property-based harm? (My answer would be never, but we get surprisingly few cases exploring that question).

Then there are questions about the page’s effects. How much legally recognizable harm did the page really cause? How much incremental harm was caused by the ongoing availability of the page? The court does note:

Facebook’s records showed that, months after Dustin’s principal notified the Athearns that Dustin had been disciplined for creating the unauthorized account, the fake persona continued to extend or accept requests to become Facebook Friends with additional users and that other users viewed and posted on the unauthorized page until the day before Facebook deactivated the account

But how much of this post-discipline activity should have been ignored due to Section 230? (i.e., the “other users…posted on the unauthorized page”).

I also have questions about the right policy solutions for disciplining teenagers. Are lengthy court battles an appropriate resolution to incivil teenager online hijinks? The impersonation prank was stupid and cruel, but the “punishment” of a multi-year civil lawsuit may be disproportionately harsh compared to the “crime.” The flagship case highlighting that dilemma is the tragic DC v. RR case.

Finally, there are doctrinal questions, such as the role of Section 230. Personally, I’m not troubled by the inapplicability of Section 230 to the parent-child relationship, just like I’m generally OK with Section 230’s inapplicability to employer liability for employees’ actions within the scope of employment. Nevertheless, parental liability for their childrens’ actions should be highly constrained under default law, and the rest of the ruling could be read to support a conclusion that ordinarily parents shouldn’t be liable for their children’s thoughtless online behavior.