[Note: I am massively behind in blogging Section 230 cases. I probably have a dozen or so festering in my queue. C’est la vie. This case jumps to the front of the queue because of its recency and its relatively novel result.] 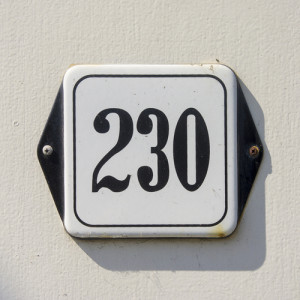 Miller is a member of the Indianapolis business community. The Indianapolis Business Journal published an online article covering the controversy over one of his projects. The article prompted three allegedly defamatory comments from anonymous users. Miller eventually learned that two of those comments were written by Dave Wilson, an employee of 500 Festival; and the other comment came from an unknown user of FedEx’s Internet access service. [The opinion doesn’t clarify if this is a commercial Internet access service or available only to employees.] Miller named 500 Festival and FedEx as defendants.

500 Festival and FedEx defended on Section 230 grounds. The flagship case in this area is the Delfino v. Agilent case from 2006, where the employer got Section 230 immunity for an employee’s online mischief unrelated to the employee’s job. The other case in this area is Lansing v. Southwest Airlines, which this court oddly treats as supporting precedent even though the Lansing court (in an ugly opinion) rejected the employer’s Section 230 defense against a negligent supervision claim. The court doesn’t discuss the Espinoza case, which distinguished Delfino in ways that reinforced that this case was factually similar to Delfino, or the Avery v. Idleaire case, which would have been adverse precedent as well.

1) Provider/user of ICS? Citing both Delfino and Lansing, the court says “both 500 Festival and FedEx provide or enable computer access for multiple users on their respective computer networks to access the Internet by means of the servers on each network. We conclude that this is all that is required under Section 230(c)(1) to be considered a provider of an interactive computer service.”

2) Another ICP (third party content)? “the information at issue—the comments posted to the IBJ website—was provided by another ‘information content provider’….FedEx’s unknown user and 500 Festival’s known employee, Wilson, easily fall within this definition.”

It’s nice to see that the terrible Lansing opinion is being used for good rather than evil. I used to think the Delfino opinion was abberational, but this opinion builds on it to reiterate that employers could qualify for Section 230 immunity for their employees’ online activities. That’s a result that should grab attention from employment lawyers (both plaintiff- and defense-side).