May 7, 2014 · by Venkat Balasubramani · in Content Regulation, Copyright, Privacy/Security

This is another social media defamation case. (Last week’s edition: Another Questionable IP Lawsuit Over a Derogatory Twitter Account.) Plaintiffs were husband and wife. One of the plaintiffs (Hassan Miah) was involved in a business dispute involving a business he founded known as Urfilez. He settled the dispute in December 2012, but alleged that someone was posting derogatory stuff about him and his wife in August 2012. The posts accused them of unethical conduct, and one of the posts contained their wedding photo. 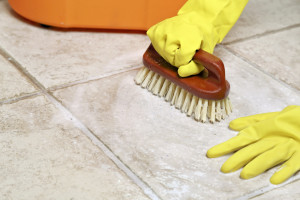 They sued for copyright infringement, violations of the CFAA, tortious interference and false light. They also sought leave to issue subpoenas to the likes of Google, Twitter, and Facebook.

Plaintiffs allege that the doe defendant(s) violated the CFAA by accessing photos from the wife’s Facebook account. The court says that the complaint is deficient because it fails to alleged many of the requisite CFAA elements (unauthorized access; protected computer; damage or loss) (“[the complaint] does not allege that the wedding photo was destroyed or impaired”). The court does not discuss the even more basic issue that the protected computer in this case, Facebook’s server, is not one that plaintiffs own or even have a possessory interest over.

As to the copyright claim the court dismisses it because plaintiffs failed to allege that they registered the work.

Finally, having dismissed the two federal law claims, the court declines to exercise jurisdiction over the state law claims.

A familiar fact pattern and a familiar set of claims, including the use of copyright claims as a mechanism to effect a takedown. (See Garcia v. Google and others.) Unfortunately for plaintiffs, the court is not having it.

The court gives plaintiffs a chance to amend, but also drops in a footnote, flagging that as a law school graduate, one of the plaintiffs should know better, and in future, she should sign any pleadings. (See Rule 11.) Ouch.

Setting aside their somewhat clumsy effort, and the fact that it’s possible these claims were extinguished in the settlement around the previous dispute, it’s tough to not have some sympathy for plaintiffs. As hyperbolic as the commentary sounds, it’s tough to conclude that as a private figure, you should not have a remedy against someone who goes around online calling you unethical. Assuming plaintiffs do have ownership of their wedding photo, they probably have a colorable copyright claim as well, at least enough to force someone to take down the photo. That said, this should not translate into a right to suppress commentary or criticism.

In Its “Innocence of Muslims” Ruling, the Ninth Circuit is Guilty of Judicial Activism–Garcia v. Google