Steven and the victim were in a relationship. Because the victim was “kind of computer illiterate,” Steven set up a MySpace account for her. After the relationship ended, Steven accessed the victim’s MySpace page. He posted a slew of offensive things about the victim, for example:

I’m a slut with no education. I’m gonna end up with 2 different baby daddys and I can’t even get a GED. Worst of all my dad buys my boyfriends blow jobs . . .

He also posted the victim’s name and phone number with a note saying “call me.” 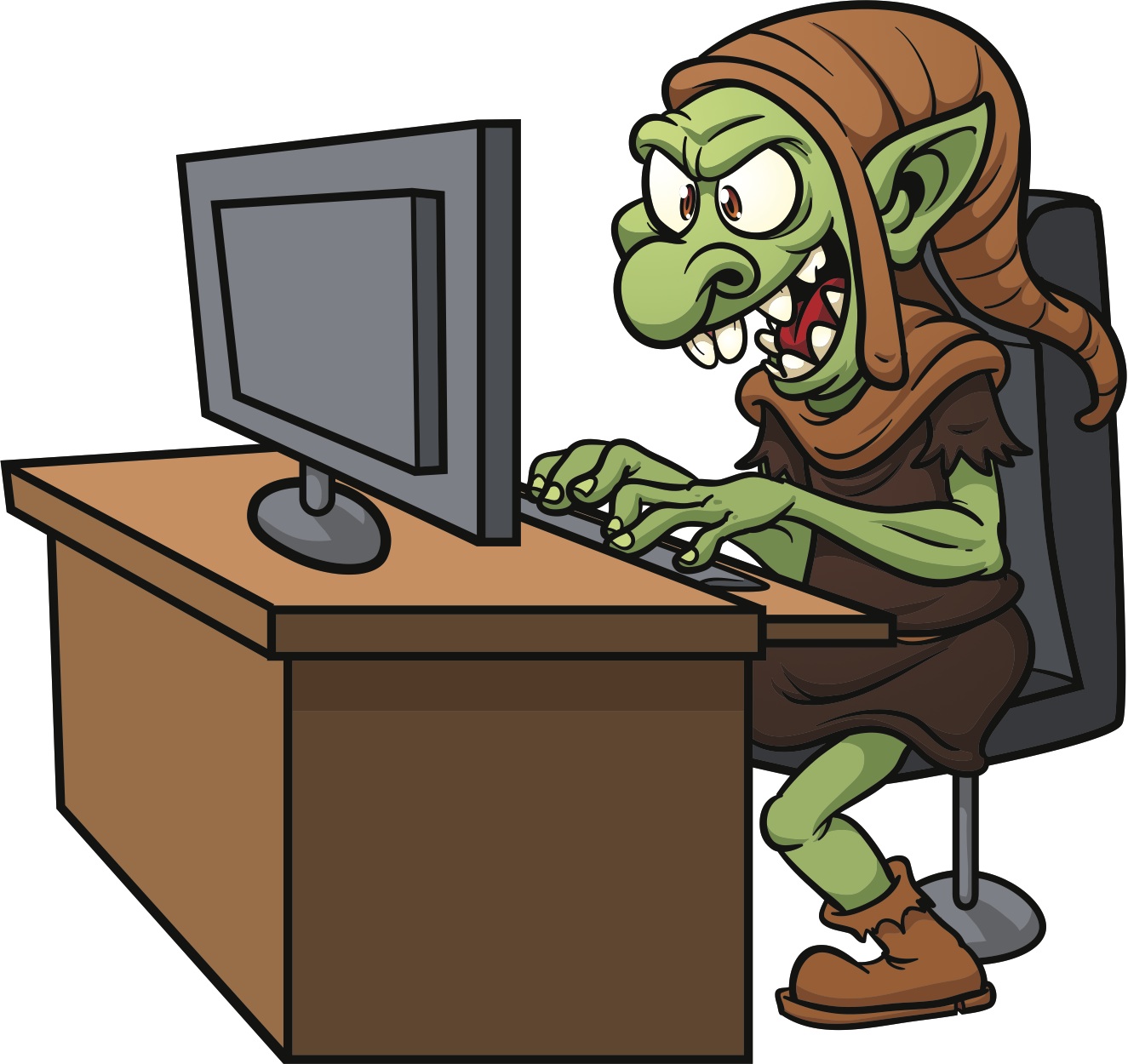 Finally, Steven posted a photo of the victim in a thong (that he had taken during the course of their relationship and retained, despite the victim’s request that he return or delete it).

When the victim became aware of these changes, she called Steven, who started “giggling and laughing” and said that “she deserved it.” Steven, who continued to access the page despite the victim having repeatedly changed the password, “essentially deleted” the page.

The authorities investigated and determined that the email address associated with the account was Steven’s and that the page was accessed via an IP addressed associated with Steven’s father. He was charged with: (1) attempted identity theft (720 ILCS 5/16G); (2) two separate counts of harassment through electronic communications (720 ILCS 135/1-2(a)(1) and (a)(2)); and (3) unlawful use of encryption (720 ILCS 5/17-52.5(b)(1)).

E-Harassment: Making an Obscene Comment with the Intent to Offend:

This part of the statute prohibited any obscene comment made with the intent to offend.

Defendant argued that the statute discriminated on the basis of content, which requires greater First Amendment scrutiny (even when the discrimination occurs within otherwise proscribable categories of speech). The court says no—the statute does not restrict obscene comments based on their content but rather based on the intent behind the comments.

Defendant also argued that the comments were not obscene. The court was faced with the question of whether the statute covered content that was obscene as defined by the Miller v. California test, or obscene in the everyday sense of the term. Citing to a California case dealing with telephone harassment, the court says that the statute covers the latter. (“[B]ased on the differing purposes between the electronic harassment statute and the obscenity statute, it would be unreasonable to apply the definition of obscene from the obscenity statute when interpreting the electronic harassment statute.”)

E-Harassment: Interrupting the Electronic Communication Service With the Intent to Harass:

Defendant challenged this statute on vagueness grounds. Because the statute is not directed to First Amendment activity, the court says that he has a particularly uphill battle. Defendant does not appear to have expanded his argument much on the vagueness issue, but the one example he cited to demonstrate the vagueness of the statute was that he could conceivably violate the statute by having a heated political exchange via instant message and interrupting the other person. The court says that this argument would get some mileage if harass was defined as an annoyance, but in reality, it only reaches:

interruptions . . . made with the intent to produce emotional distress or discomfort substantially greater than mere annoyance . . . .

Finally, the defendant argued that since the MySpace account was a shared account, and in any event he removed the account within hours of the victim’s call, there was no evidence that he interrupted access with the intent to harass. The court rejects this argument.

Unlawful Use of Encryption:

This statute prohibited the “use of encryption . . . to commit, facilitate, further, or promote any criminal offense.” The statute defined encryption broadly as “any protective or disruptive measure . . . “ that controlled interface with a device or with data. The key question was whether changing the victim’s password was a “use of encryption” within the meaning of the statute.

The court says that although the list from the statute is not exhaustive, the statutory definition should be informed by the items on the list: “cryptography, enciphering, encoding, or a computer contaminant.” All of these involve the manipulation of data, but the court says that entering a password (even one that’s been repeatedly changed but emailed to you) into a UI isn’t the same. The court reverses the conviction on this count.

The victim did two things (maybe understandable due to her age) that should be avoided at all costs: (1) letting someone take a picture of you in a compromising position; and (2) sharing a password with someone. Granted she did not overtly share the password, and tried to change it after she broke up with the defendant, but maybe we should add “don’t let your significant other/partner set up your online accounts” to the list of things to avoid. (It was not totally clear how the defendant obtained the new passwords after the victim repeatedly changed them. The court says they were probably sent to him via email, but I wonder if he also had to answer a security question?)

Assuming it’s true as alleged, the defendant’s conduct is despicable, harmful, and should result in civil liability and possibly criminal liability as well. However, the charges brought against him illustrate that the laws don’t easily cover this type of scenario. To the extent, you are going to stretch the laws to fit this type of a situation, you run the risk of sweeping a whole lot of other innocent conduct, or at least conduct that does not present the same societal problems or concerns.

1. Identity theft: the trial court got rid of the identity theft count based on an Illinois Supreme Court ruling that invalidated the statute. (See “Part of Illinois Identity Theft Statute Found Unconstitutional.”) Although the statutes are different, this is reminiscent of Rolando S., the California case involving Facebook trolling by posting comments through someone else’s Facebook page. E-personation statutes are sketchy in my opinion and I’m guessing we will continue to see challenges to these statutes.

2. Harassment through making an obscene comment: the harassment discussion was dispiriting from a First Amendment standpoint. The court’s conclusion on the first harassment count was that any content that is “disgusting to the senses” or “abhorrent to morality or virtue” is obscene, and if this type of content is posted with the intent to offend, this is enough to violate the statute. [Note to self: never tell any Illinois residents to “fuck off” in an online forum!] This causes all sorts of First Amendment problems I would think. First, the definition of “obscene” is broad enough to sweep up a whole host of online content that most people wouldn’t view as harassment. (The legislature should take a spin through the comment thread of any news website.) Second, general offensiveness in an online forum shouldn’t be enough to suppress speech from a First Amendment standpoint, unless there’s some online exception to cases such as Hustler v. Falwell; Cohen v. California; and Snyder v. Phelps that I’m not aware of. (The court focused on phone harassment but this is obviously different, since there’s some degree of privacy invasion that can justify suppression of the speech altogether.) Finally, measuring the acceptability of speech based on its supposed offensiveness injects the problem of subjectivity and unbridled discretion. What is “disgusting to the senses” differs from person to person.

3. Harassment through interruption of service: this part of the statute was downright bizarre and I have no idea what the legislature was trying to get at. The only thing that came to mind was something like cutting someone’s telephone line when you’re in a feud with them? I would have read the term “communication service” to encompass only things like telephone service or internet service. It didn’t make much sense to read it to cover a third party website.

4. Misuse of encryption: the court sensibly rejects application of this statute to the facts, but I think it illustrates the fact that prosecutors will reach in these types of scenarios and the statutes are not necessarily clear.

Either way, this was an interesting case that raised a whole host of issues. Above all, I think cases like this illustrate the challenges in regulating this type of conduct or expression, and the fact that the statutes are often poorly written and suck in protected expression. There’s something about passwords, websites, and online profiles, that tend to throw legislators for a tailspin.