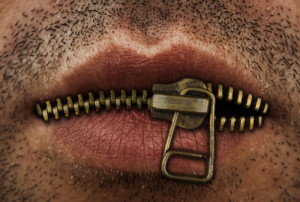 Consumer reviews play a critical role in our marketplace today, and existing consumers can have significant influence over prospective consumers. Many businesses have accepted this new competitive reality, but not all. For example, some businesses ask their customers to contractually waive or limit their ability to write reviews of the business. By suppressing the honest opinions of their existing customers, these contract provisions undermine the online consumer review databases and make it harder for prospective consumers to get the information they need to make good marketplace choices. For a fuller explanation of consumer reviews and competitive marketplaces, see this 2010 essay.

I’m glad to see that California is targeting these problematic contract provisions. Proposed California AB 2365, introduced by Assembly Member John A. Pérez, would make it unlawful for businesses to require consumers to “waive his or her right to make any statement regarding the consumer’s experience” with the business. Violations would be subject to statutory damages and could be enforced by consumers or the government.

Contractual restrictions on consumer reviews are probably already void as demonstrated in a New York ruling from 2003 (People v. Network Associates) that voided a contract that restricted product reviews. However, it’s only one lower court ruling and not binding throughout the country. Having a state legislature expressly void the contracts would reinforce the illegitimacy of the practices. And if California adopts the law, other states will probably follow suit.

While the California proposal is heading in the right direction, the law would benefit from at least three modifications:

1) The bill allows consumers to waive their rights only if the consumer’s “waiver of this right was knowing, voluntary, and intelligent.” According to this Recorder article, the bill targets the KlearGear incident, where a business allegedly imposed a surreptitious contractual restriction on consumer reviews, fined customers who posted consumer reviews despite the restriction, and then filed a damaging negative credit report for failure to pay the fine.

While KlearGear’s antics seem outrageous, it’s not especially helpful for a bill to redress such an isolated example. Instead, the bill should not allow businesses to seek any waiver of consumers’ rights to review the businesses they patronize. In other words, any contractual attempts to gag consumer reviews should be categorically void, period. There’s no circumstance where it’s socially beneficial for consumers to restrict their rights to review, so why permit that option at all?

The “knowing, voluntary and intelligent” waiver exclusion has another problem (exactly how does “intelligent” differ from “knowing”?) Businesses easily should be able to satisfy this standard by presenting boilerplate paperwork to consumers, knowing that consumers typically will sign virtually anything asked of them. So if this law simply means businesses will still present the contract restrictions and consumers still won’t resist, the bill’s benefits are limited.

2) The bill doesn’t address the more insidious practice where businesses use intellectual property claims to restrict consumer reviews. For example, some doctors and dentists required their patients to assign the copyright to their unwritten consumer reviews. Armed with the copyright ownership, the doctors/dentists could use threats of copyright infringement to suppress any patients’ reviews they didn’t like.

Other businesses have contractually characterized their consumers’ experiences as “confidential information” of the business. This sets up the business to claim that a subsequent consumer review constitutes trade secret misappropriation.

AB 2365 probably does not apply to these IP workarounds, and unfortunately we see businesses increasingly drawn to adopt bogus IP claims. As a result, the bill could be improved by voiding any attempts to contractually claim IP restrictions on consumers’ reviews.

3) Given the ambiguities over where contracts are formed online, the bill should expressly clarify that is applies only to California residents, i.e., only when the business *actually knows* it’s dealing with a California consumer (and only when the business is subject to personal jurisdiction in California). I’d prefer a national ban on restrictions on consumer reviews, but that solution would need to come from Congress, not the state legislatures.

[UPDATES since my initial Forbes posting. The bill passed the appropriations committee 14-3. I’ve also learned that there may be interest in a federal bill.]