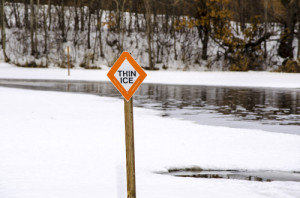 ICF provides web hosting services to hundreds of pornography websites. Google allegedly manually blocked these sites for spam, characterizing them as having “thin content,” which Google defines as “providing internet content that has little or no value to end-users.” The manual block effectively de-indexes the websites from Google’s search index and blocks Android and Chrome users from accessing the sites. Presumably, this dried up traffic to ICF’s hosting customers, who I imagine weren’t thrilled. ICF sought a temporary restraining order (TRO) to force Google to reverse its block.

On Friday, the court refused the TRO request, saying that for each of ICF’s claims, “there is at least one element for which, at this stage, success seems unlikely.” Some of the court’s concerns:

* it’s not clear Google communicated the “thin content” claim to anyone other than ICF and its customers.

* it’s not clear if there was the requisite “public interest impact” for ICF’s consumer law claim.

* Google may have viable First Amendment and 47 USC 230 defenses. To me, the Section 230 defenses are dispostive, but the court doesn’t go there yet. The court does raise a baffling scenario though:

It is possible that ICF could circumvent these defenses in whole or in part by arguing, as it does, that navigation through a browser’s address bar does not warrant protection under the First Amendment or the CDA

Huh? I’m not sure what this means, but I’m sure that 47 USC 230(c)(2) protects browser blocking decisions, and I think the First Amendment applies too.

This specific ruling isn’t a big deal, in the sense that denying the TRO preserves the status quo, i.e., Google’s block remains in place. On the other hand, a contrary ruling–that courts will second-guess Google’s manual spam actions–would have been a shot heard ’round the world. Every scrappy website unhappy with its search placement would be running to the courthouse, hoping to convince a judge to give them some goosing in the search engine rankings. Fortunately, that won’t happen. As we saw in the Ninth Circuit’s Zango v. Kaspersky ruling from 2009, courts will interpret Section 230(c)(2) to give wide berth to service providers’ “spam” classifications; and the First Amendment will back up that conclusion further (see, e.g., the 2003 Search King v. Google case). Given the potential stakes, this is a case worth watching closely, but I expect a quiet denouement when the court dismisses the suit for good.