DeBord worked for Mercy Health systems. Some five years into her tenure, she wrote several Facebook posts during work hours complaining about her boss, Weaver: 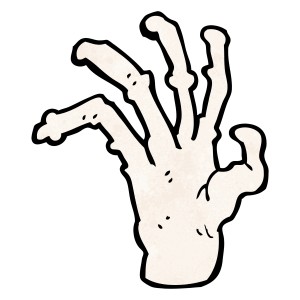 [at 253pm] Oh, it’s hard to explain . . . basically, the MRI tech is getting paid for doing MRI even though he’s not registered and myself, nor the CT tech are getting paid for our areas . . . and he tells me ‘good luck taking it to HR because you’re not supposed to know that’ plus he adds money on people’s checks if he likes them (I’ve been one of them) . . . and he needs to keep his creepy hands to himself . . . just an all around d-bag. [emphasis added]

HR was meeting with DeBord to address a pay issue she raised, and her supervisor, Weaver, confronted her about the Facebook posts. She denied them repeatedly. Eventually, when HR confronted her and told her they could ultimately find out who authored the posts, she admitted that she indeed authored them. HR also asked at this meeting about DeBord’s “creepy hands” comment. DeBord minimized it and said she didn’t think it was sexual harassment. DeBord nevertheless investigated the complaint, and concluded that no harassment had taken place.

Ultimately, HR investigated the overpay issue and determined that DeBord’s claim was false. Coupled with the fact that DeBord had been texting other employees about the overpay issue and the pending investigation, HR decided to terminate DeBord for “disruption, inappropriate behavior, and dishonesty.” She sued, asserting claims for gender discrimination and harassment. The trial court granted summary judgment. (Prior blog post here: “Facebook Posts Complaining About Supervisor Conduct do Not Support Retaliation Claim – DeBord v. Mercy Health System“.)

Harassment claim: Employer liability exists where among other things the employer knew or should have known about the harassment and failed to stop it. DeBord pointed to other instances of harassment, but only one employee in passing reported that Weaver engaged in “touching,” and this was from 2001 and was one isolated report. With respect to the Facebook post, there was no dispute that the employer took action, in the form of an investigation, as soon as it was notified about the post.  The appeals court says DeBord’s harassment claim is on thin ice, but for good measure also notes that the employer exercised reasonable care, and DeBord did not take advantage of the reporting tools and processes the employer made available. Specifically, the employer offered an “anonymous reporting system” for harassment claims. DeBord had no explanation for why she did not utilize this. She also had no explanation for why she waited several years into her tenure to raise the harassment issue.

Retaliation claim: The court also rejects DeBord’s retaliation claim. DeBord argued that she was improperly terminated for raising the issue of harassment, but the court says that the real reasons for the termination were her posting of inflammatory material, being untruthful about it, and following up with disruptive text messages. As to her argument that she could not lawfully be terminated for reporting harassment the court again points to the employer’s processes:

[the] Facebook post was not in accordance with [the employer’s] otherwise flexible reporting system for sexual harassment complaints . . . the post, by itself did not provide any notice to [the employer].

The court says that no reasonable jury could conclude that the employer “acted unreasonably” in response to DeBord’s Facebook post.

There have obviously been a few outlier cases for general tort liability or employer liability. See, e.g., “Landlord May Be Liable When A Tenant’s Facebook Harassment Leads To A Rape“. But on the whole, wrongful termination claims based on social media posts haven’t tended to fare particularly well.

It’s too early to call any sort of a trend, but: (1) it does not seem as if employers have been hit hard by liability for activities taking place on social media; and (2) for employees it’s certainly true that what you say on social media can’t help you–but it can surely hurt you.