May 27, 2014 · by Venkat Balasubramani · in Content Regulation, Publicity/Privacy Rights

Butler is an attorney licensed in Michigan. She enrolled on the list to receive case assignments from Washtenaw County Probate Court. While she was on the list and receiving assignments, she made a post to Facebook regarding the performance of the Clerk’s Office, and tagged two people. The people she tagged were known to her, but she mistakenly identified them as Clerk’s Office employees. 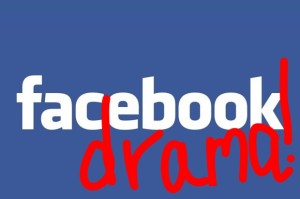 A few days later, she received a letter from the administrator of the Wasthtenaw Juvenile and Probate Court saying that she had been removed from the list due to the Facebook post. She sought to be reinstated to the list but was denied, despite her satisfaction of the listed requirements for being on the list and receiving assignments. Butler was not subject to any formal disciplinary action. The list did not contain any reasons for why an attorney could be removed from the list, other than due to “failure to perform his/her responsibilities as an attorney.”

Butler asserted constitutional claims, including deprivation of her Due Process and Free Speech rights. The court dismisses her claims that the government sought to impose an unconstitutional condition on her and improperly deprived her of her property interest of being on the list. However, she has better luck with her straightforward public employee speech claim. The court looks at the firing through the Pickering framework and says (1) she was speaking as a private citizen, rather than in her role as an independent contractor, (2) viewed in the light most favorable to her, she was speaking on a matter of public concern. On this last point, the court says that her Facebook post is akin to an editorial (or letter to an editor in the paper):

If there was more evidence that suggested Plaintiff’s complaint was a personal attack against the two tagged individuals, with only a passing reference to the inefficiency or incompetence of the court, she may have had her speech categorized as advancing only a private interest. Plaintiff, however, was complaining about cases being handled poorly, and, suggested that things may be changing for the better. Defendants make much of the limited audience of the speech. While that does go to the context of the speech, it is not determinative. As noted above the Court must pay attention to the “focus of the speech; the point of the speech in question; to what purpose the employee spoke; the intent of the speech; or the communicative purpose of the speaker.” Here, the focus of the speech—the functioning of the clerks office—could easily have been the topic of an opinion piece in a local legal newspaper. Instead it was given a much shorter treatment and made available to only a handful of people. That does not change the fact that, in the light most favorable to Plaintiff, the focus of the speech was a form of governmental operations, and therefore touched on a matter of public concern.

Finally, the court says that her interest in speaking and the public’s interest in finding out about what she had to say outweighed the government’s interest in maintaining an orderly workplace. There was no evidence that, although the tagged individuals were “genuinely upset,” the post caused any disruption.

Interestingly enough, although the court hashes out the import of the post in question, it does not actually reproduce a copy of the post or its text in the order. This is because neither party presented it! As Molly DiBianca notes, the plaintiff deleted it and defendants never preserved a copy of it. (Good question as to whether the plaintiff’s deletion of the post should result in an adverse inference. (Cf. Allied Concrete v. Lester: (“Virginia Supreme Court: Litigant Who “Cleans up” His Facebook Page May Be Sanctioned”.))

Butler also argued that the post was only viewable by her friends, but as expected, the court assigns little legal significance to the purportedly limited audience of a post to a social network such as Facebook.

As to the question of whether the speech is a matter of public concern and balancing the public employee’s right to speak out against the employer’s workplace interest, the outcome is tough to predict. Compare this case with Bland v. Roberts (sheriff’s office liking opponent’s Facebook campaign page), Graziosi v. Greenville (police officer’s criticism of boss), Gresham v. Atlanta (police officer’s Facebook venting), Shepherd v. McGee (social worker’s Facebook rant). Here, I would think that the employer could have made an argument that a lawyer posting about a case she is involved with demonstrates a lack of judgment, and although this particular post may or may not have caused disruption, it’s reflective of a broader lack of good judgment about public comments. Admittedly, allowing the assignment list administrator to determine who belongs on the list based on their assessment of the good judgment of the applicants is problematic, but I’m still surprised that the employer did not try to raise this argument or point to the wealth of cases where lawyers get into trouble for inopportune social media postings. Given the vagaries of the law here, qualified immunity seemed like a possibility as well.