Gresham was a law enforcement officer. She complained on Facebook about the alleged unethical interference by a department investigator in an arrest Gresham had made. Gresham’s Facebook page was set to “private,” but as everyone reading this blog has learned repeatedly, her friends could view her posts and “could potentially distribute the comment more broadly.” 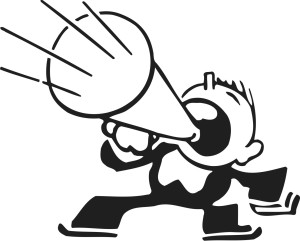 The department had a policy that required any criticism of a fellow officer to be “directed only through official department channels.” Due to Gresham’s violation of this rule, the Office of Professional Standards opened an investigation on Gresham. While the investigation was pending, she was deemed not eligible for a promotion that came up. Gresham sued, claiming that the investigation and her promotion ineligibility were retaliation for her exercise of First Amendment rights.

The trial court granted summary judgment against Gresham, and the Eleventh Circuit affirms in a per curiam opinion. The court says that as a public employee, in order to bring a First Amendment retaliation claim, she must satisfy the Pickering test and show that the speech involved a matter of public concern and also that the speaker’s interest outweighed the government’s interest in efficient public interest.

Plaintiff raised the lackluster argument on appeal that defendants did not have any evidence in support of their position. The court says that even assuming the speech in question was on a matter of public concern, the department’s interest in efficiency outweighs her interest in speech:

Common experience teaches that public accusations of unethical conduct against fellow officers would have a natural tendency to endanger the spirit de corps and good working relationship amongst the officers.

Plaintiff also argued that she took to Facebook because her efforts to use departmental channels were unsuccessful. The court says the timing of her Facebook rant (seven days after interference in the investigation) indicates that this is unlikely.

Finally, the court says in passing that plaintiff’s speech was not directed at anyone who could remedy the problem she was complaining about. Rather than bringing the problem to the attention of someone who could fix it, she was just “venting her frustration with her superiors.”

Ranting about your workplace on Facebook is never a good idea. That said, you wonder how she would have fared if she was a private employee. Given the NLRB interpretations that have tried to limit employers’ rights to discipline employees for speaking out on social media, she may have been able to argue that she was bringing up an issue regarding working conditions. This case may illustrate the counterintuitive current state of affairs regarding employee speech in which private sector employees have greater speech rights than public sector employees.

A final note is that a person’s possible social media audience has legal effect in often interesting ways. Here, for example, the court noted that Gresham’s audience did not consist of her supervisors and this undermined her argument that she was truly seeking to solve a workplace problem. On the other hand, the court also did not give credit to the fact that her settings were set to private. She probably could not have gotten any traction with the argument that the police department should not have seen her post in the first place. It seems that in the context of a legal dispute, your privacy settings can hurt you, but they rarely help you.

← Check Out the New Blog Design!
Landlord May Be Liable When A Tenant’s Facebook Harassment Leads To A Rape (Forbes Cross-Post) →
Subscribe to Blog via Email
Categories