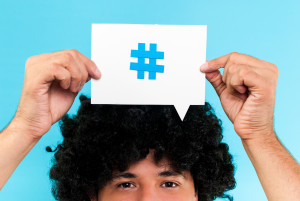 This is a copyright lawsuit over viral videos. Jukin Video apparently finds and acquires the rights to viral videos. It reached 1 million subscribers on YouTube and has over 17,000 videos available for licensing. Equals Three produces short humor programs for YouTube. A host introduces and discusses a series of video clips. I would liken Equals Three’s show to “this week in viral video.” It often uses the clips in their entirety but adds commentary and other content, text, and graphics. For purposes of illustration, an Equals Three segment is below:

The court distinguishes Equals Three’s use of the clips from use of celebrity photos and news clips where the usage doesn’t add anything new or transformative to the original clip (but perhaps reproduces it with commentary). In so doing, the court emphasizes that Equals Three adds material to the clip itself. However, the court says that one of Equals Three videos is an exception and its use of this particular video was similar to “using news footage without adding transformative to what made the footage valuable.”

Nature of the work: The court says they are previously published works. While they may not be masterpieces, they are creative.

Amount used: The court says Equals Three uses no more than necessary, so this factor favors fair use.

Market harm: The court rejects Jukin’s assertion that Equals Three copies the videos at the time when they are most valuable (during the time of their “impending virality”). The court rejects this assertion as speculative. The court also says that harm caused by criticism of the work is not cognizable as a harm for copyright purposes.

The court does consider the possibility that Equals Three users may not bother to watch the original Jukin videos after they see the Equals Three segments. Neither side submits admissible evidence regarding whether its users also view the material in the form offered by the other party. Both sides rely on speculative testimony from employees. Ultimately, the court is unpersuaded:

[w]hile the transformative nature of Equals Three’s videos makes cognizable market harm less likely, the Court cannot say that it is completely implausible that at least some viewers would substitute Jukin’s videos with Equals Three’s videos. Both videos are meant to be humorous and the Court can imagine a fine line between the demand for the humorous original and the humorous new work commenting thereon. Nevertheless, there is no actual evidence of any such harm and (as discussed above) Equals Three’s episodes do not take excessively from Jukin’s videos. Thus, on this record, where any market harm remains hypothetical, the Court FINDS that this factor does not favor either party.

The court weighs the factors and concludes that on balance they all favor fair use (with the exception of one video).

The court is responding to Jukin’s motion for summary judgment, nevertheless the court all but resolves the underlying fair use claims. The path to a ruling in Equals Three’s favor is clear. While this is a win at the summary judgment (rather than the motion to dismiss) stage, it still follows the trend of courts making fair use calls rather than punting them to the fact-finder, as well as continuing the judicial good news for fair use defenses.

The court’s treatment of factor one carefully distinguishes unfavorable fair use rulings from the news and editorial context. This ruling should not be read as paving a way to simply using another’s clips in an online news broadcast. It does offer a boost for a fair use argument where the underlying video is altered, particularly if there is a mash-up (think Mystery Science Theater or NFL Bad Lip Reading). In answering the question of whether Equals Three’s segment may act as a substitute for Jukin’s, the court looks to employee testimony of whether those viewing one party’s content would nevertheless go on to view the other party’s content. I’m not sure what an adequate way to measure this is, and speculative employee testimony should not be sufficient, but you would think the parties could marshal more evidence of consumer behavior than what their employees thought end users wanted.

The ruling also flags an interesting aspect of commerce in viral videos: it’s unclear who even owns the video in the first place, and rights and clearances can often be a quagmire. If Jukin is careful, it presumably secured an assignment from the person who actually shot the videos, but it is unlikely to have secured any releases from the people who appear in them. Granted, for copyright purposes, only a release from the person who shot the video is necessary (see the en banc ruling in Garcia), but you wonder whether the participants can assert non-copyright claims. (As a sidenote, there may be a Righthaven-standing problem, if Jukin secured an assignment after Equals Three published its segment, or if it did not get sufficient rights.)

A big remaining question is if Equals Three ultimately prevails, whether the court will consider a fee shift. We recently saw examples of ill-fated attempts to litigate copyright claims that resulted in fee shifts. (See, e.g., the City of Inglewood ruling Eric recently blogged about.) There, the party claiming fair use had an argument that the copyright lawsuit was actually a disguised attempt at censorship. This seems more like a straightforward dispute over fair use, and it will be interesting to see if the court considers a fee shift.

The ruling does not discuss Equals Three’s 512(f) claim, but an interesting question as to how it fares under the 9th Circuit recent Lenz ruling.

Disputes over viral content all seem to present an underlying question that Eric raised to me via email:

whether virality of a video make it more susceptible to fair use? In other words, does copyright protection decrease as an item of content becomes more popular?

I’ll leave that question for all of us to ponder!