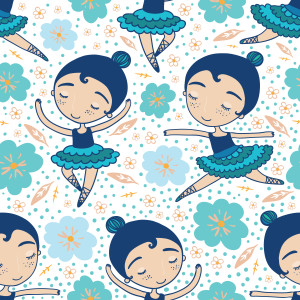 The 9th Circuit was shockingly quick in issuing its opinion in the “dancing baby” case. The key holdings in Lenz:

Just Smith concurred in the judgment and dissented in part:

Other co-bloggers have comments, and Eric has blogged a lot about how section 512(f) claims are a bust. But a few quick thoughts from me.

It is tough to characterize it as anything other than a win for fair use. People are arguing over what the ruling means and what this means for the takedown landscape, but an appellate ruling like this in a long-running and heated dispute spanning seven years is cause for joy and celebration. Not to mention it being helpful in the court of public opinion.

It’s unclear what this ruling means for automated takedowns. At a minimum this should cause some reevaluation and tinkering on the part of companies that send mass takedown requests. The court’s lack of clarity is something that Universal is probably not happy with. (Perhaps this is somewhat blunted by the fact that many takedowns are entirely outside the DMCA.) The ruling will have an effect on people trying to use takedowns to censor speech, and the court flags this as a problem. (One wonders how Garcia’s takedown requests would have fared under these standards, although there was no one to issue a counter-notice or sue to vindicate the poster’s rights (since the director was in jail).)

As for the actual standard and what either side must show, both opinions left things murky. Does Universal have to show that it concluded use of the content was not fair use, or that it did not think it was fair use? Perhaps it was a bad idea to take the case at this stage. The court could have benefited from waiting to see how the facts played out before jumping in.

The nominal damages ruling was interesting.

Finally I wonder if Universal will consider seeking rehearing en banc (or perhaps cert). I would love to be a fly on the wall listening to that discussion.

First, let’s hear it for Lenz’s legal team, including the always fabulous Corynne McSherry and Michael Kwun. I know many of us would have given up on this case long ago. For them to persevere, and then prevail, is remarkable.

Substantively, there are only a couple of questions that really matter about the precedential implications of this ruling:

1) Will more 512(f) plaintiffs succeed in court?
2) Must takedown notice senders change how they behave in practice?

I cannot confidently answer yes to either question.

Structurally, the court’s discussion about the takedown notice sender’s scienter is incoherent or, at least, so nuanced as to appear internally inconsistent. Echoing the Rossi case, the court says that the sender’s “subjective good faith” belief of infringement satisfies 512(f). How do we determine “good faith” if it’s measured subjectively? The court goes into some detail on this point, but in the end, so long as the legal issue is evaluated subjectively, it’s unclear how a 512(f) plaintiff can marshal sufficient evidence to counteract a defendant’s self-serving representation that they believed the noticed activity is infringement. Certainly a smoking gun piece of evidence would work, e.g., a memo saying “yes, that’s a fair use, but send a 512(c)(3) notice anyway.” How often will such damning evidence emerge?

Without the smoking gun, the court suggests that a 512(f) plaintiff might get traction if the sender never considered fair use at all. At the same time, the court says “a copyright holder’s consideration of fair use need not be searching or intensive.” Let’s look at a hypothetical deposition transcript of a notice sender:

Q: Did you consider fair use?
A: Yes
Q: What steps did you take to evaluate the possibility of fair use?
A: I thought about it and decided it probably didn’t apply

Where does a 512(f) plaintiff go from here? It seems like the sender can legitimately claim that they considered fair use, albeit not in a “searching or intensive” way. 512(f) case apparently over.

The court’s discussion of robo-notices highlights the incoherent nuance of the opinion:

We note, without passing judgment, that the implementation of computer algorithms appears to be a valid and good faith middle ground for processing a plethora of content while still meeting the DMCA’s requirements to somehow consider fair use. Cf. Hotfile, 2013 WL 6336286, at *47 (“The Court . . . is unaware of any decision to date that actually addressed the need for human review, and the statute does not specify how belief of infringement may be formed or what knowledge may be chargeable to the notifying entity.”). For example, consideration of fair use may be sufficient if copyright holders utilize computer programs that automatically identify for takedown notifications content where: “(1) the video track matches the video track of a copyrighted work submitted by a content owner; (2) the audio track matches the audio track of that same copyrighted work; and (3) nearly the entirety . . . is comprised of a single copyrighted work.”

If other courts follow the bald statement that robo-notices “appear[] to be a valid and good faith middle ground” that sufficiently accommodates the requirement to consider fair use, then virtually all takedowns will effectively avoid 512(f) because so many of them are automated. The court’s citation to the OTW example tries to limit that bald statement, especially the point #3. But will other courts pick up on the court’s nuance? Or will they simply accept a takedown notice sender’s assertion that the algorithm did something to acknowledge the possibility of fair use, even if the algorithmic balance was overly tilted towards copyright owner interests?

Finally, so many content takedowns are now being effectuated without any 512(c)(3) takedown notices, such as Content ID or “fast lanes” that give copyright owners extra content removal powers (including in some cases the outright technological ability to kill user content without providing any notice at all). The court’s discussion does nothing to affect those practices.

* automated 512(c)(3) notices are effectively categorically immune from 512(f), at least so long as the algorithm makes a nod, however pretextual, towards fair use.
* manually sent 512(c)(3) notices are OK under 512(f) so long as the sender can say he/she thought about fair use, and that self-serving claim is functionally irrefutable without smoking gun evidence to the contrary (and such smoking gun evidence will materialize only in the rarest of cases).
* all other content removals without a 512(c)(3) notice remain completely unaffected by 512(f).

Don’t get me wrong. The EFF and its team have done a great job getting this litigation as far as it has. But until I actually think 512(f) will make a meaningful difference in the courts or in the considerations of takedown notice senders, I’m not ready to break out my pom-poms.

Like Eric, I applaud the persistence of Corynne McSherry and EFF. Corynne presented this case to our ABA subcommittee shortly after it was filed in 2007. Section 512(f) will be meaningless unless it can be enforced, and it is difficult to enforce as most copyright owners do not have the time or interest to pursue lengthy litigation over a take down.

I also agree that the ruling is a victory for “fair use.” My concern with the ruling is that it appears to put a different burden on copyright owners in Section 512 takedown situations than in court proceedings. In court, “lack of fair use” historically has not been required as an element of the copyright owner’s prima facie case. “Fair use” technically is not an affirmative defense under the federal copyright law, but a way of obviating an infringement claim altogether. Historically, it has been pled by the defendant in the case, either in a motion to dismiss or a motion for summary judgment, and is treated more or less the same as an affirmative defense. While no one needs blatantly abusive take down requests, rather than trying to impose a “murky” subjective standard on the copyright owner, it would seem to be the better practice to put the burden on pleading fair use on the person who has the better information — the person who posts the content and wants to submit a Section 512(f) counternotice, rather than put a different burden on the copyright owner in one situation than another.

Sarah Jeong: Fair Use vs. Algorithms: What the Dancing Baby Did to Copyright

Techdirt: Big, Confusing Mess Of A Fair Use Decision Over DMCA Takedowns

Devin Hartline: NINTH CIRCUIT GETS FAIR USE WRONG TO THE DETRIMENT OF CREATORS

Plagiarism Today: The DMCA, Fair Use and Dancing Babies