This is a lawsuit between pro se parties. As the court notes, the feud between the parties largely took place online, but eventually “found its way into federal court”.

Plaintiff is the publisher the “Hogewash!” blog. 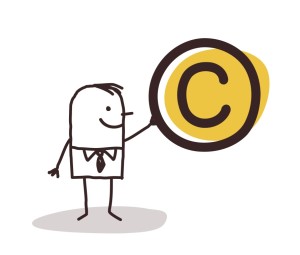 Defendant is a “retired writer” who publishes several books and maintains websites, including patriot-ombudsman.com. Plaintiff generally wrote the content for the blog, but he also acquired content from third parties, including a particular blog post authored by a pseudonymous writer identified as “Paul Krendler” (which previously appeared in thingsmanszombie.wordpress.com). Plaintiff’s blog allowed comments and were subject to a terms of use:

Any comment posted on the site remains the property of the originator of the comment who is solely responsible for the content of his comment. Posting or attempting to post a comment to the site grants a royalty-free license to Hogewash! and its owner to reproduce the comment or any portion of it in any medium without limitation to the place or time of use or publication . . .

Another part of the terms of use provided that:

Permission is granted to read, quote, cite, link to, print out, or otherwise use Hogewash! content under the following terms of use:

All quotations from Hogewash! must include credit to Hogewash! or to W.J.J. Hoge and, wherever practicable, a hyperlink of the form http://www.hogewash.com to this site.

The parties exchanged numerous claims between them. This particular ruling addresses only plaintiff’s request for injunctive relief for his copyright claims.

After slogging through the question of whether plaintiff needs to have actual registrations or merely have applied for registrations, the court moves on to the question of ownership and infringement. The court looks at the effect of the terms of service and says that enforceability of the mandatory linking language is unclear, as is the meaning of the term “practicable,” as used in the terms. The court also says the effect of the license granted to Hogewash on its standing to bring a claim based on comments (third party content) is also unclear. [As a non-exclusive licensee, plaintiff should not have standing via the terms of service.] Even assuming plaintiff clears the registration hurdle and can otherwise maintain the action, the court says that fair use considerations require denial of the request for injunction.

As to the first factor, the court says the use in question is transformative:

It appears that both aspects of the first fair-use factor weigh in favor of a finding of fair use. Significantly, plaintiff conceded at the Motion hearing that defendant is “absolutely” entitled to respond to material found on Hogewash!. Plaintiff also acknowledged that defendant’s use of quotations, amounting to one or two sentences found on Hogewash!, would be appropriate. But, plaintiff complains that defendant has improperly taken, “in toto,” entire entries from plaintiff’s Hogewash! website. As I see it, defendant has a viable claim that he used plaintiff’s materials in a “transformative” manner and, arguably, for the purposes of “criticism, comment, [or] news reporting,” as recognized in Section 107.

Exhibit B to plaintiff’s Motion is illustrative. That exhibit consists of a Twitter posting by defendant, which, according to plaintiff, “republishes” a comment found on plaintiff’s Hogewash! website. Notably, however, the republished comment is brief, and defendant includes in his Twitter posting a response to that comment. In other words, defendant has taken one comment found on Hogewash! and included it in his own posting, in order to provide his own statement in response. In my view, even assuming that plaintiff has a valid copyright interest in the quoted material, defendant’s use of that material, at least as reflected in Exhibit B, may well fall within the bounds of “fair use.”

Generally speaking, defendant uses no more than “several sentences” and his use of plaintiff’s work if any is in the course of “an ongoing, generally nasty exchange between the parties and, in some instances, other individuals who posted comments.” The court also says there are no real commercial interests at play here. Although several ebooks are referenced, any sales of these ebooks are nominal at best. The court recognizes that “personal animus” and not commercial motivation is what is driving the parties. The court quickly runs through the remaining fair use factors and finds them neutral or in favor of defendant.

Finally, regarding the preliminary injunction factors, the court says that there’s no showing of irreparable harm even though this is a copyright case. The court also says that an injunction in this case poses a threat to free discourse.

The order is somewhat long and rambling, but the case touches on some perennially interesting and blog-worthy issues:

Overall, this is a nice cite for the proposition that there’s a strong fair use argument in support of excerpting online discourse. From that standpoint, it’s likely to be useful to bloggers and other online writers.

Fair Use – It’s the Law (for what it’s worth)–Lenz v. Universal