As recounted by the court’s order, Caner was raised in Ohio. His father was a devout Muslim. After his parents divorced, Caner “spent weekend visitation at the mosque in Columbus, Ohio.” At some point, Caner started attending a church and became a born-again Christian. 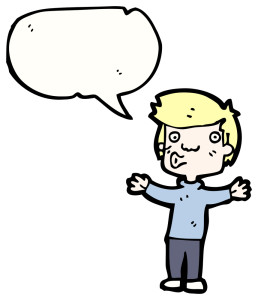 He went on to obtain a Master of Theology degree. After the September 11 attacks, he and his brother wrote a book about their upbringing as Muslims and later conversion to Christianity. He was hired by Jerry Falwell in 2005 to serve as a dean of the Liberty Theological Seminary.

Caner began making claims in public speeches that he had “grown up as a Muslim in Turkey, steeped and trained in Jihad, in a tradition that went back several generations in his father’s family.” Defendant Autry attended Liberty Theological Seminary during the time Caner served as dean. Autry initially supported Caner but decided that Caner’s untrue statements regarding his upbringing were a detriment to Liberty Theological Seminary and to the overall cause. To expose Caner, Autry and other bloggers posted two videos which depicted Caner talking about his upbringing in Turkey and how Muslims in the Middle East would view the U.S. Marines and would approach them “from the perspective of Jihad.”

Caner endeavored to get the videos taken down and issued takedowns to YouTube, claiming he had copyright protection over the videos. Autry argued that posting the videos, even in their entirety, was fair use. The court sides with Autry.

The court treats Autry’s motion as one for summary judgment, pushes back on Caner’s requests for broad discovery, and effectively gets rid of the case at the early goings. Among other claims, Caner argued that further discovery would generate facts relevant to the fair use analysis

by showing that [Autry] was not ‘qualified’ to direct ‘appropriate criticism’ at [Caner], unlike ‘people that are qualified to render those opinions i[n] the market place and exchange of ideas in academia and elsewhere.’

Not surprisingly, the court scoffs at this arguments as fundamentally inconsistent with the First Amendment:

Plaintiff’s spurious assertion that fair use only applies where a speaker “qualified to render . . . opinions” or to level “appropriate criticism” at a public figure proves ludicrous on its face. . . . The First Amendment’s protections, advanced by the fair use defense, have never applied to some bizarre oligarchy of “qualified” speakers. Excluding speakers who criticize public figures from protection due to the speaker’s social status, level of education, or other nebulous “qualifying” factors would nullify the broad protections the First Amendment is meant to provide, and stifle the open discourse that stands against tyranny, intolerance, and oppression. Plaintiff himself has extolled the virtues of these protections and warned against the dangers of censorship and “misinformation”: “The one great exponent of America is the freedom to think and rationally believe and reasonably consider for yourself.” . . . Conveniently, when criticism is directed at him, Plaintiff comes before this Court and argues that it should restrict First Amendment fair use protection to some amorphous group of “qualified” speakers. When pressed at the hearing to provide authority for this counterintuitive proposition, Plaintiff’s counsel fell back on his “belie[fs]” and failed to do so. As Defendant’s counsel aptly observed during the hearing, if Plaintiff’s counsel intends to make such outlandish arguments, he should go to the trouble of “typ[ing] out the citations” for any supporting authority. I doubt such authority exists.

That, I believe, qualifies as a bona fide “benchslap”.

As to the fair use analysis, the court says that posting the entirety of the video can constitute fair use. While transormativeness is helpful to the first fair use factor, it’s not essential. (See also the Righthaven district court opinion.) Caner also argued vaguely that it’s possible Autry may profit from his posts. While Caner’s speculations about possible profits did not help his argument, the court nevertheless says that:

Bloggers sometimes profit from their posts through advertisements or other revenue, just as publishers profit from book reviews and other critiques. Even if Plaintiff showed that Defendant wished to profit from criticizing Plaintiff, or that he did profit from his blog posts containing the Count One Video, the transformative, critical use of the video still receives fair use protection.

The court also reiterates that fair use commentary is not reserved for some small group of select individuals. That Autry may have been motivated by distrust or animosity towards Caner is irrelevant.

As to the second factor the court says the video is informational rather than creative and thus entitled to less protection.

The court then looks to the amount of the work used, and says that it’s neutral or slightly favors Caner. In passing, the court does note that there is some appeal to Autry’s argument that posting snippets of the video would be less effective because it would leave Autry open to an argument that he took Caner’s statements out of context.

Finally, the court looks to the effect on the work, and says while it’s possible Autry’s criticism may destroy the market for Caner’s work, this does not preclude a finding of fair use. Indeed, the purpose of criticism is to cause people to reexamine what’s being criticized.

Another attempt to use copyright to stifle criticism that the court has no part of. We’ve seen this tactic crop up in a variety of scenarios, and public figures giving speeches is an obvious category on this list.

Caner’s basis for his copyright ownership claim is unclear, and the court does not dissect it. He certainly did not capture the footage. He probably did not acquire it from the person who captured it. Perhaps he thought his “performance” of the presentation entitled him to be a copyright owner. Perhaps, inspired by Garcia, he sought to assert a broader-than-usual copyright claim.

The court punts on Autry’s request for fees, but this is as good a candidate for a fee-shift as any.

Fair Use – It’s the Law (for what it’s worth)–Lenz v. Universal

NYT on Fair Use and Documentaries