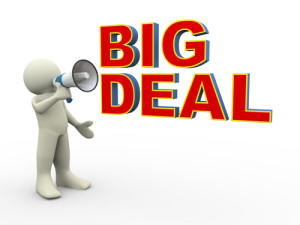 Last month, federal judge Denny Chin rejected a copyright challenge Google’s practices of scanning books into digital format and presenting snippets of those scans in search results because the practices qualify as fair use. It’s an exciting and hard-fought victory for Google, one that took nearly a decade of litigation and many millions of dollars to achieve. Still, this ruling merely preserves the status quo, last year a related case (the HathiTrust case) already found fair use for similar facts, and a Second Circuit ruling earlier this year signaled that Google probably would qualify for a fair use defense. So is this ruling a big deal? Yes and no.

Why the Ruling is a Big Deal

* The case rejects concerns about analog-to-digital conversion. Most of the prior search engine copyright cases involved copying information that was already in digital format. The Google Books project was a qualitatively different approach because Google converted analog content into digital. The authors raised numerous scary considerations about this conversion. The court emphatically rejects the authors’ paranoia, especially the ridiculous concern about the security of books in digitized format. The judge thought so little of the insecurity argument that the opinion ignored it (other than mentioning that Google takes security measures).

* Google Books is great. I love being able to search through books. It’s amazing what I can find there, so I’m thrilled I can keep doing it. I also love tools like Google Ngrams, which also is possible only because the book data is digitized. Our lives are better when we can easily search and find the full range of human expression, as the court elegantly explains:

In my view, Google Books provides significant public benefits. It advances the progress of the arts and sciences, while maintaining respectful consideration for the rights of authors and other creative individuals, and without adversely impacting the rights of copyright holders. It has become an invaluable research tool that permits students, teachers, librarians, and others to more efficiently identify and locate books. It has given scholars the ability, for the first time, to conduct full-text searches of tens of millions of books. It preserves books, in particular out-of-print and old books that have been forgotten in the bowels of libraries, and it gives them new life. It facilitates access to books for print-disabled and remote or underserved populations. It generates new audiences and creates new sources of income for authors and publishers. Indeed, all society benefits.

* The ruling extends Google’s market leadership. Because Google now legally has a huge digital dataset in its search index that no one else has, this ruling helps Google maintain its market leadership in the search business. For those concerned that Google is a monopolist, this ruling blesses one of Google’s competitive differentiators and raises the stakes–and potential costs–for Google’s competitors.

Why the Ruling Isn’t a Big Deal

* The case will be appealed. The Authors’ Guild has been waging war against Google Books for 9 years, and they aren’t going to give up now. Indeed, they’ve already declared their intent to appeal the case to the Second Circuit. The odds are good that this result will be affirmed on appeal: the Second Circuit’s earlier ruling seemed fair use-friendly, the author of this opinion (Judge Chin) is their Second Circuit colleague, and the opinion is soundly constructed even if its analysis is brief. But until we see what the Second Circuit says and how it justifies its result, it’s premature to assume Google will retain its clean win.

* Fair use rulings are fact-specific. Fair use is a notoriously fact-specific legal analysis. As Prof. Larry Lessig has said, “fair use is the right to hire a lawyer” (though there has been some empirical research attempting to refute that assumption). Few fair use rulings become seminal in that they eliminate further litigation on the same basic point, and virtually none of those are district court opinions. Perhaps the Second Circuit’s opinion will become a watershed fair use ruling, but this opinion won’t. So I think it would be a mistake to overassume the opinion’s broader implications for fair use on the Internet.

* It’s unlikely the ruling will help anyone other than Google. As Paul Levy and others point out, the ruling opens the door for competitors to replicate Google’s book scanning and presentation of snippets. But who is going to do that? There have been efforts over the years to build a competitor to Google Books, but I believe those efforts are moribund or defunct. Libraries have little incentive to work with competitors who want to create new scans (Google has already given them digital scans of their books), and any competitor would have to spend many millions of dollars just to catch up with Google. Plus, the Authors’ Guild might sue any new entrants and drain their coffers of thousands or millions more dollars, even if the lawsuit is likely to fail due to fair use. The door is open for competitors to build on this ruling, but I don’t expect competitors will be beating a path to that door.

Disclosure note: I have joined a number of briefs in this case over the years, both supporting and opposing Google’s positions.

Other Comments on the Ruling:

* Prof. Annemarie Bridy: “The opinion is an efficient and complete analysis of the required factors, and I think it will hold up well on appeal.”

* Prof. Matthew Sag: “it is now absolutely clear that technical acts of reproduction that facilitate purely non-expressive uses of copyrighted works such as books, manuscripts and webpages do not infringe United States copyright law….All in all, an excellent result.”

* New York Times, quoting Prof. James Grimmelmann as saying that ruling is “a win for Google and a big win for libraries and researchers.”

* Timothy B. Lee at the Washington Post Switch Blog: “Google Books ruling is a huge victory for online innovation”

* Corynne McSherry at the EFF: “what’s really refreshing about the ruling is its common sense analysis and its recognition of the key purpose of fair use: to make sure copyright serves, and does not impede, the public interest.”

* Association of Research Libraries: “It is time for the Authors Guild and other rightsholders to wise up and focus their energies on more productive pursuits.”