Bell was a student at Itawamba Agricultural High School in Fulton, Mississippi. A few female students told Bell that two male athletic coaches had made inappropriate comments toward them. Bell, an aspiring rapper, made a video about the two coaches. 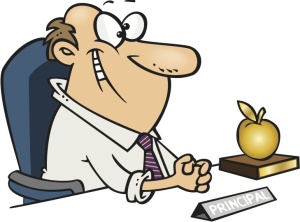 The verses generally derided the behavior of the two coaches, identifying them by name. Bell posted the video initially to Facebook and then posted a “more polished” version on YouTube. (You can see the lyrics in the opinion, but the majority and dissent disagreed on some of the wording. The court apparently did not search for or link to it, but here’s a link to what looks like the video in question: “PSK da Truth”.) Everyone agrees the video was recorded and posted entirely off-campus. Bell did not view the video on campus, nor did he encourage anyone to view the video. Indeed, the school restricted student cellphones on campus.

One of the coaches, Wildmon, learned the video was online. Wildmon asked a student to view the video on his phone, and upon seeing it, reported it to the principal.

The school initiated an investigation and questioned Bell (with counsel and his mother present) regarding the video. (Bell posted the more polished version of the video to YouTube after he was questioned and sent home.) The school later held a disciplinary/due process hearing to determine whether Bell had “threatened, intimidated, or harassed” teachers by posting the video. The disciplinary committee listened to the video and questioned Bell, who generally said that his intent in posting the video was to raise awareness regarding an issue that would not receive action if reported through regular channels. He testified that the lyrics were not intended to threaten or intimidate the teachers. Interestingly, at the conclusion of the hearing, one of the committee members told Bell:

I would say censor your material . . . Because you are good [at rapping], but everybody doesn’t really listen to that kind of stuff. So, if you want to get [] your message out to everybody, make it where everybody will listen to it . . . . You know what I’m saying? Censor that stuff. Don’t put all those bad words in it. . . . . The bad words ain’t making it better. . . . Sometimes you can make emotions with big words, not bad words.

The committee voted to uphold the suspension and to place Bell in an alternative school for the rest of the 9 week grading period. He also could not attend after-school events. The committee concluded that any threat was vague, but the songs did “harass and intimidate” the coaches, in violation of school board policy. The board affirmed the decision but diverged slightly on its assessment of a threat (it intimated that there was a threat as well as harassment and intimidation). Bell moved for a preliminary injunction, which was moot by the time it was heard. The district court granted defendants’ request for summary judgment. (Blog post on that ruling here.)

A two judge majority of the Fifth Circuit reverses and directs the district court to grant summary judgment in favor of Bell. (!) The prevailing case for in-school speech is Tinker, and the court notes that it’s unclear whether Tinker applies to off-campus speech. Even assuming it does, however, Tinker requires a showing of substantial disruption, and that showing was not made here.

The majority says that the video does not constitute a “true threat” (see Eric’s post on Elonis for a pending Supreme Court case that tackles that question). The video was conditional and rhetorical, and perhaps predicted a threat at the hands of the parents of the female students. But nothing could be construed as an unequivocal threat from Bell to the two coaches. The coaches likewise did not convincingly testify that they viewed the video as a threat; nor did Bell’s Facebook friends, who made jocular comments about it. More likely, it caused discomfort to the two coaches and, as they testified, caused them to adjust their teaching style and avoid anything that could be construed as inappropriate towards female students. (No doubt the video also caused some strife at home.) The court also notes that the video was not directed to the teachers—it was broadcast publicly and was motivated by an instinct for advocacy.

A dissenting judge first chastises the majority for the long delay in issuing their opinion (two years after oral argument), and then focuses on the specter of school violence, and the numerous instances of school shootings both before and since oral argument. In the dissent’s view, the on vs. off-campus distinction is largely irrelevant in the age of social media, and all that the school needs to punish a student is something that is reasonably likely to cause a disruption. The dissent argues this is easily satisfied by the rap video. The video was threatening and it referenced weapons. Even if the video was not a true threat, it was still disruptive. (The dissent goes so far as to say that to equate Bell’s rap recording with the arm bands in Tinker “borders on . . . frivolous”.) The dissent also cites a 5th Circuit case that treats threats of school violence differently from ordinary school speech, and it says Bell’s video falls within this exception. According to the dissent, the majority is second guessing the school board’s reasonable decision. At a minimum, even if the court reverses the grant of summary judgment in favor of the defendants, summary judgment in favor of Bell is not proper. According to the dissent, this should be left for trial.

School speech cases were all over the place, to say the least. Appellate courts struggled with a few things: (1) how to apply Morse, the “bong hits for Jesus” case; (2) whether the Tinker “substantial disruption” standard applies to speech made on social media; (3) what the schools’ evidentiary burden is; and (4) to what extent listener discomfort could factor into the mix. This case struggles with all of those issues as well.

As highlighted in the post about the district court ruling, there were a few things that tilted the scales in Bell’s favor. First, he was a legitimate aspiring artist. Second, he’s airing an issue of interest to students, and it’s reasonable to think that it would receive more attention when aired this way than if we just walked in to the administrator’s office. This is not students bashing each other or a student making fun of the teacher. Third, the power deferential is skewed to the coaches. It’s certainly possible that the coaches were really threatened, but they have an uphill battle to convince the fact-finder of this.  After viewing the video (“PSK da Truth”) I had agree with the majority.

When it comes down to it, the coaches are more likely pissed off that Bell caused them problems and started raising questions. They try to bill the effects of Bell’s rap as “intimidation and harassment,” but it’s more accurate to call it criticism. In this respect, the coaches start looking like litigants who seek anti-harassment orders or use criminal laws to prevent people from talking about them.

Either way, a big win for Bell and student speech.

Eric’s Comments: This case shows the importance of the pending Elonis case. If people can say pretty much anything and excuse it as a rap song or video, then expect a future glut of over-the-top rap songs/videos. On the other hand, if the court cracks down on Elonis, then perhaps we’ll see lower courts treat non-friendly language in rap videos/songs more harshly, in which case a future Bell-like case may come out differently.

Although I don’t personally prefer the genre of rapping as a way to get my messages out, I thought Bell’s lyrics were clearly advocacy about the behavior of government employees on the job, and it wasn’t even close in my mind. Thus, the school administrators and board that meted out punishment for this video come off as unduly thin-skinned. As I’ve mentioned before, I keep hoping that the proliferation of social media has caused school administrators and teachers to get a little thicker skin about student criticisms about their activities, however well- or poorly-expressed it was.