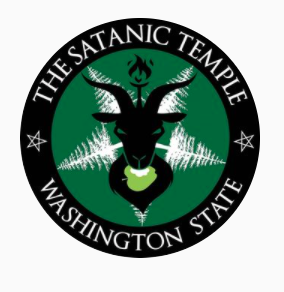 This is part 1 of a 2-part series covering social media ownership disputes.

This dispute involves the online accounts of the Satanic Temple of Washington: two Facebook pages, one of which had 17,000 followers, a Twitter account, and a “google account”. (Apparently the Temple was able to recover the latter two, so the dispute is over the Facebook pages.)

Departing members, who were once authorized as administrators, took control of the account. The Temple asserted claims under the CFAA, the cybersquatting statute, as well as under state law. The court finds them all deficient and grants the ex-members’ motion to dismiss (with leave to amend).

CFAA: The CFAA claim is premised on defendants’ violation of the organization’s “Code of Conduct” that they were bound by. Their actions in commandeering the accounts allegedly violated the code of conduct.

Case law in the 9th Circuit has rejected claims where a person is authorized to access a server and uses the violation of an outside policy (such as employer guidelines). It has also said that use in excess of a terms of service is not “without authorization” under the CFAA. District court rulings (3taps and Ticketmaster) say that access following express revocation can violate the statute, but the facts don’t support that here.

ACPA: The Temple’s ACPA claim fails because a Facebook page is not a domain name:

The Court declines to stretch the ACPA to cover trademarks appearing in vanity URLs or post-domain paths.

Tortious Interference: The court says that the Temple did not address all of the elements of a tortious interference claim. It went with an analogy which the court found unhelpful:

It likens Facebook to a sculptor and the Satanic Temple’s Facebook page to a “work of art.” It says that Defendants as former “employees,” convinced Facebook to give the employee exclusive access to the now-ornate sculpture, defaced it, and falsely represented the defaced sculpture as their own work.

The court says the pleading fails to satisfy two of the elements of the claim: (1) the defendants must have had knowledge of the facts giving rise to the relationship, and (2) some impropriety in the interference.

CPA: The Washington CPA claim fails because there is no allegation that the claim “affects the public interest.” The Temple fails to allege facts relating to any of the “public interest” factors.

Defamation: The court also rejects the defamation claim under the doctrine of “ecclesiastical abstention.” The court is not going to get involved in adjudicating religious tenets.

The court comes to an unsurprising conclusion on the CFAA claim. Courts have not been sympathetic to litigants who try to use the CFAA in the context of a social media ownership dispute or in a parody account case. The court focuses rightly on the fact that exceed authorization has been narrowly construed in the 9th Circuit, with the exception of a few outlier district court cases where access had followed express revocation. The decisions need not address this, but the CFAA claim also raises the question of whether the “protected computer” is the Temple’s (or whether it needs to be). Should the platform be the appropriate party to assert a CFAA claim?

The ACPA claim also does not come as a surprise. See my prior blog post on the Coventry First filing where it sued over a Twitter account:

Coventry First also included a claim under the cybersquatting statute (the ACPA), but the ACPA only applies to second level domain names, and a user-name assigned by Twitter clearly does not fall into this category since Twitter is not a domain name registrar. The ACPA claim is a non-starter. (See Professor Goldman’s post on Goforit v. Digimedia: “Wildcarding Subdomains Is OK; Reverse Domain Name Hijacking Isn’t.”)

What went wrong here? Litigants in the Temple’s position always try to stretch various claims to fit a scenario where the parties dispute ownership over an account. The early reactions to parody or protest accounts are good examples of this. (See “When Does A Parody Twitter Account Constitute Criminal Identity Theft?–Sims v. Monaghan”.)

What options does the Church have? If it were not a religious institution, it could assert a breach of contract claim. However, the Court’s decision to abstain makes me think this claim would not receive a warm reception. It could assert a claim under its trademark or trade name. The challenge here may be to demonstrate that defendants are making commercial use of the Temple’s marks.

In Part II, I’ll recap a case where a claim of ownership succeeded—and contrast it with this case. Stay tuned.